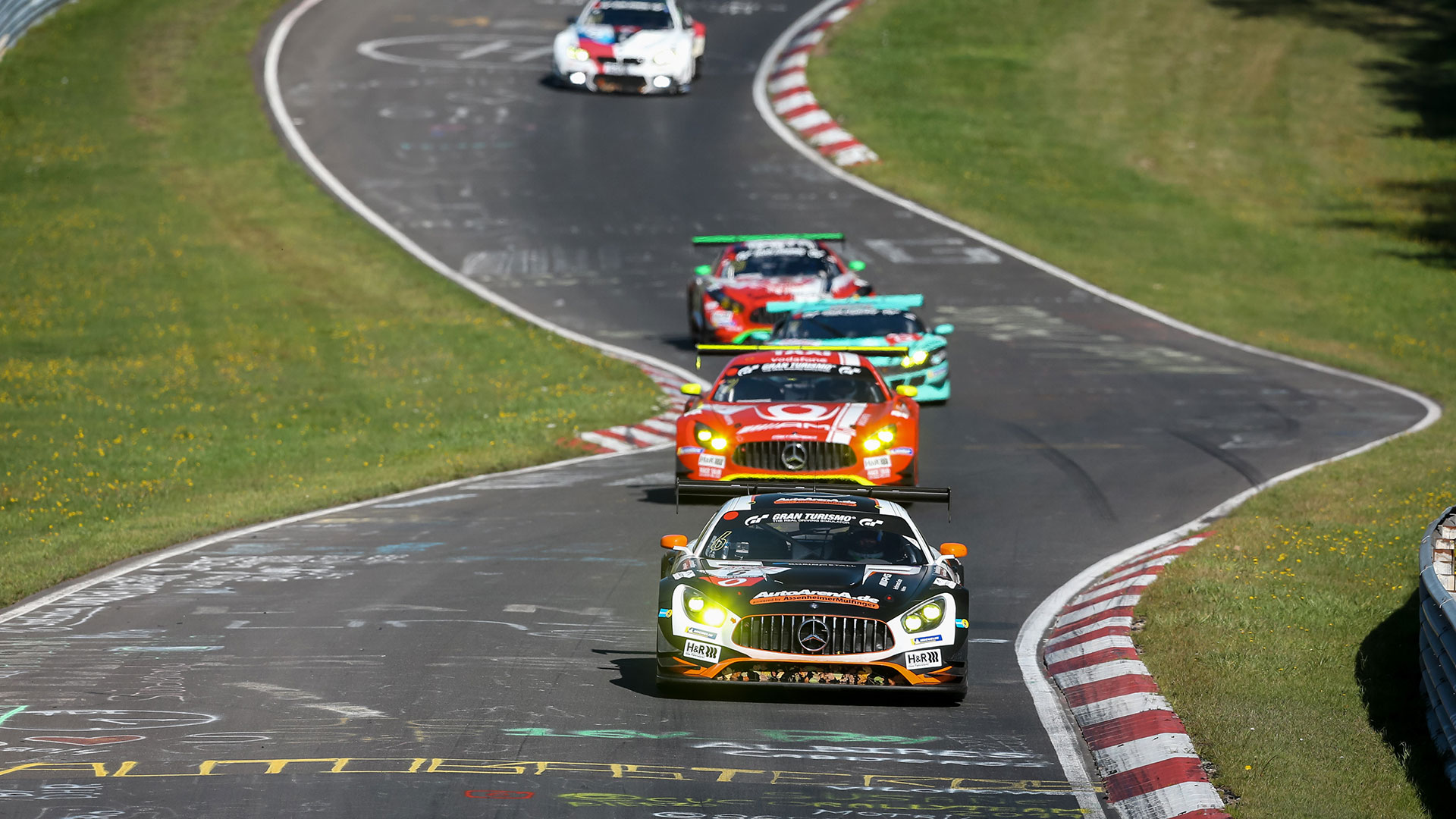 At the 44th DMV Münsterlandpokal on 26 October, the fans of the VLN endurance championship Nürburgring can look forward to a finale furioso in the battle for the title in the ROWE Speed-Trophy by VLN. In arithmetical terms, four teams still have the chance to take the overall win in this classification which was introduced in 2013 for the fastest of the fast around the legendary Nordschleife.

Before the ninth round of Europeans biggest grassroots series, the #6 Mercedes-AMG GT3 of the Black Falcon Team AutoArena Motorsport has the best starting position. From VLN4 to VLN 6, the drivers Manuel Metzger, Patrick Assenheimer and Maro Engel scored three victories in a row and achieved one pole position. They thus collected 109 points out of their current total of 150 points. Having taken third position last weekend at the 51st ADAC Barbarossapreis, the team consolidated their number one position in the overall classification.

Their strongest challenger is the #2 Mercedes-AMG GT3 of GetSpeed Performance. The team which is based in the business park at the Nürburgring recently clinched three times in a row a top-three position with different driver line-ups. In this phase, Fabian Schiller, Philip Ellis, Maximilian Götz and Dominik Baumann gained 91 points out of the current total of 124 points. If the crew around Adam Osieka wins VLN9 and takes the pole and Black Falcon finishes only tenth or behind, they will be the champions.

The #5 Audi R8 LMS of Phoenix Racing (117 points) and the #4 Porsche 911 GT3 R of Falken Motorsports (114 points), too, still have chances to gain the title. The best results scored by Phoenix were a third place at VLN5 and two fourth positions at VLN4 and VLN8. Falken showed good performances in particular at VLN1 and VLN6 where they finished fourth respectively.

In the ROWE Speed-Trophy by VLN, points are awarded at each round for the top 20 cars. Before the final round of the season 2019 in the Green Hell, 59 cars have already collected points. The winner receives 35 points, the car in second position 28 and the one in third position 25 points. Bonus points with 3, 2 and 1 points are in addition awarded to the top three cars in the timed practice. 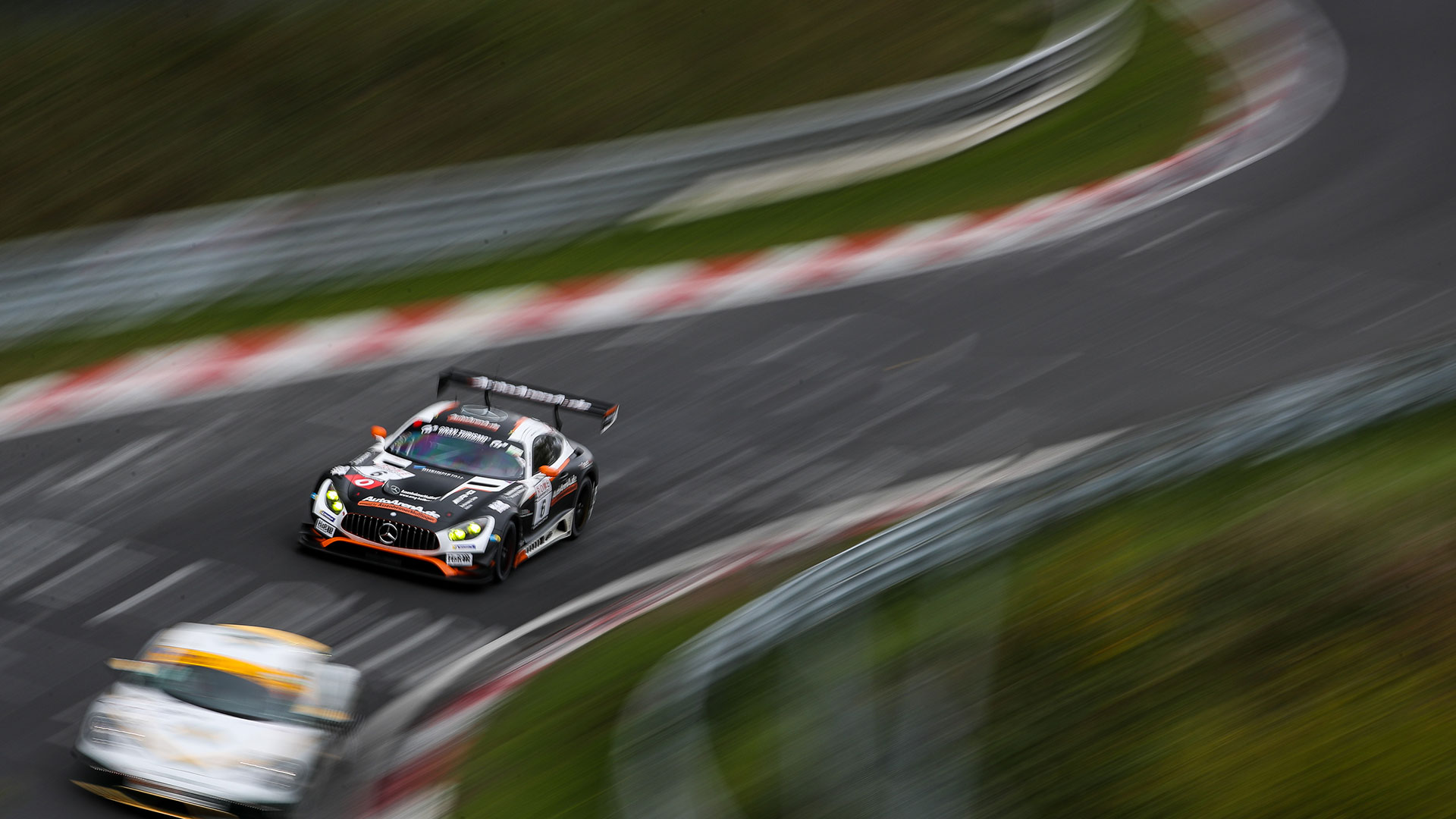 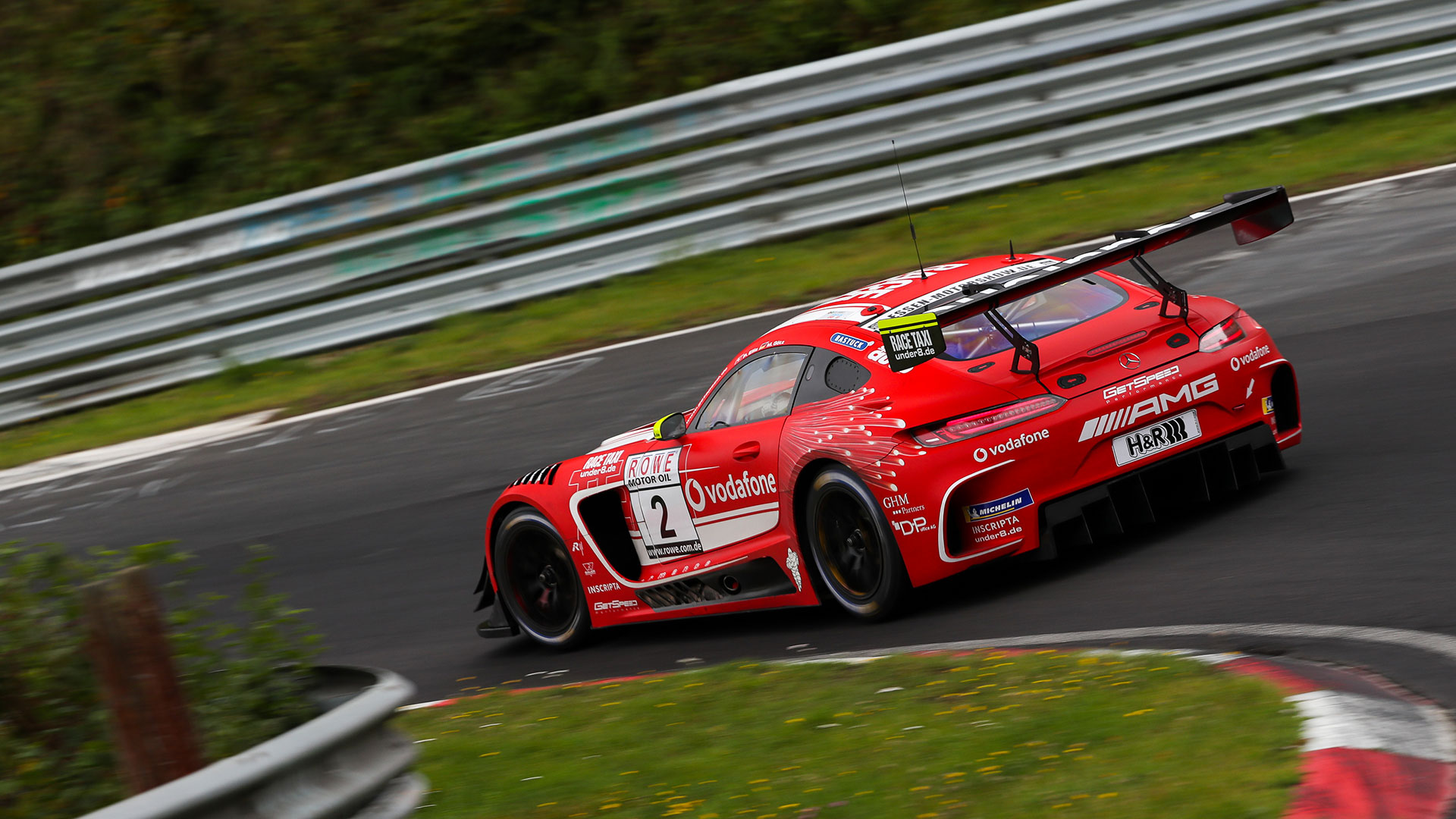 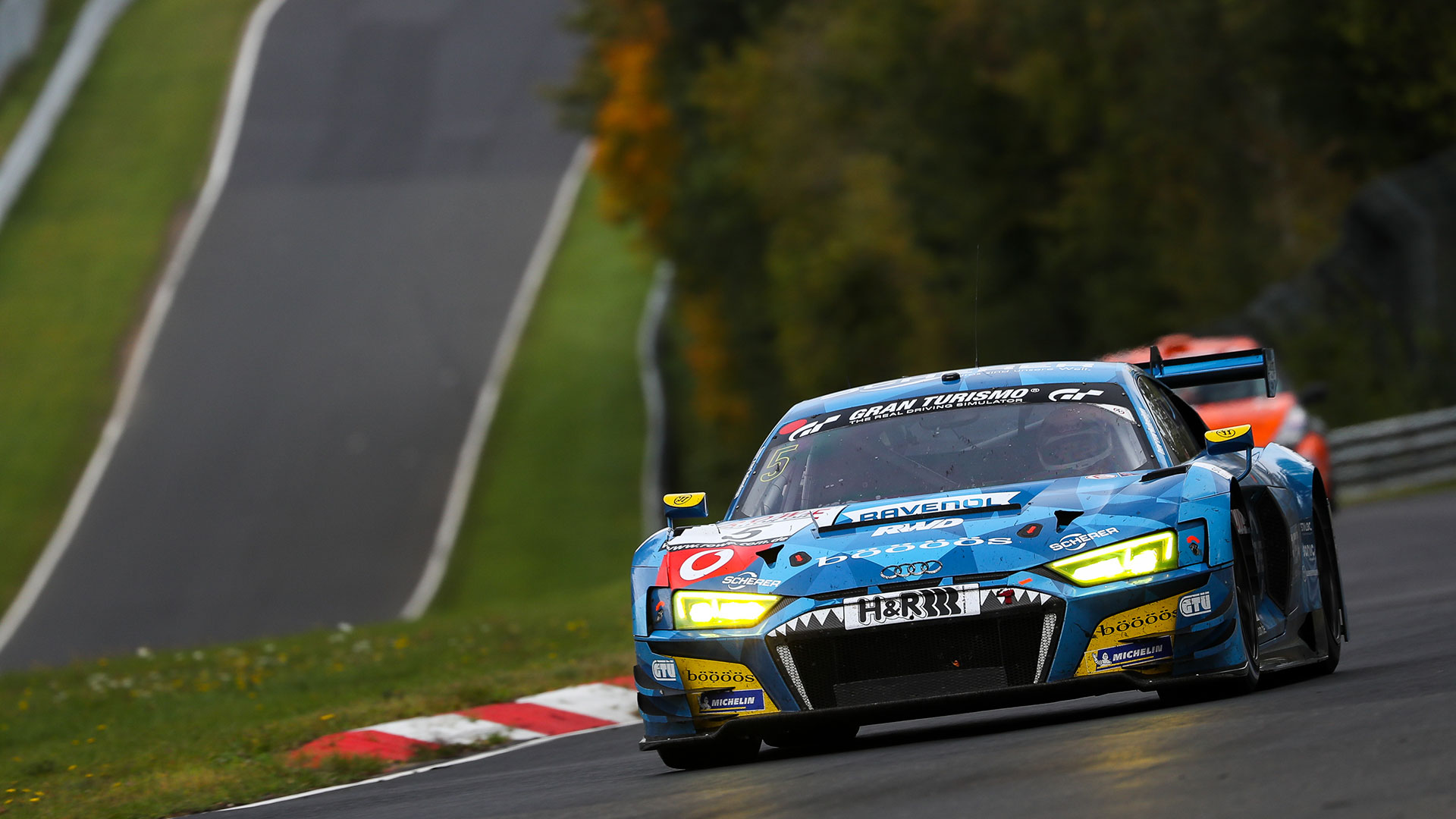 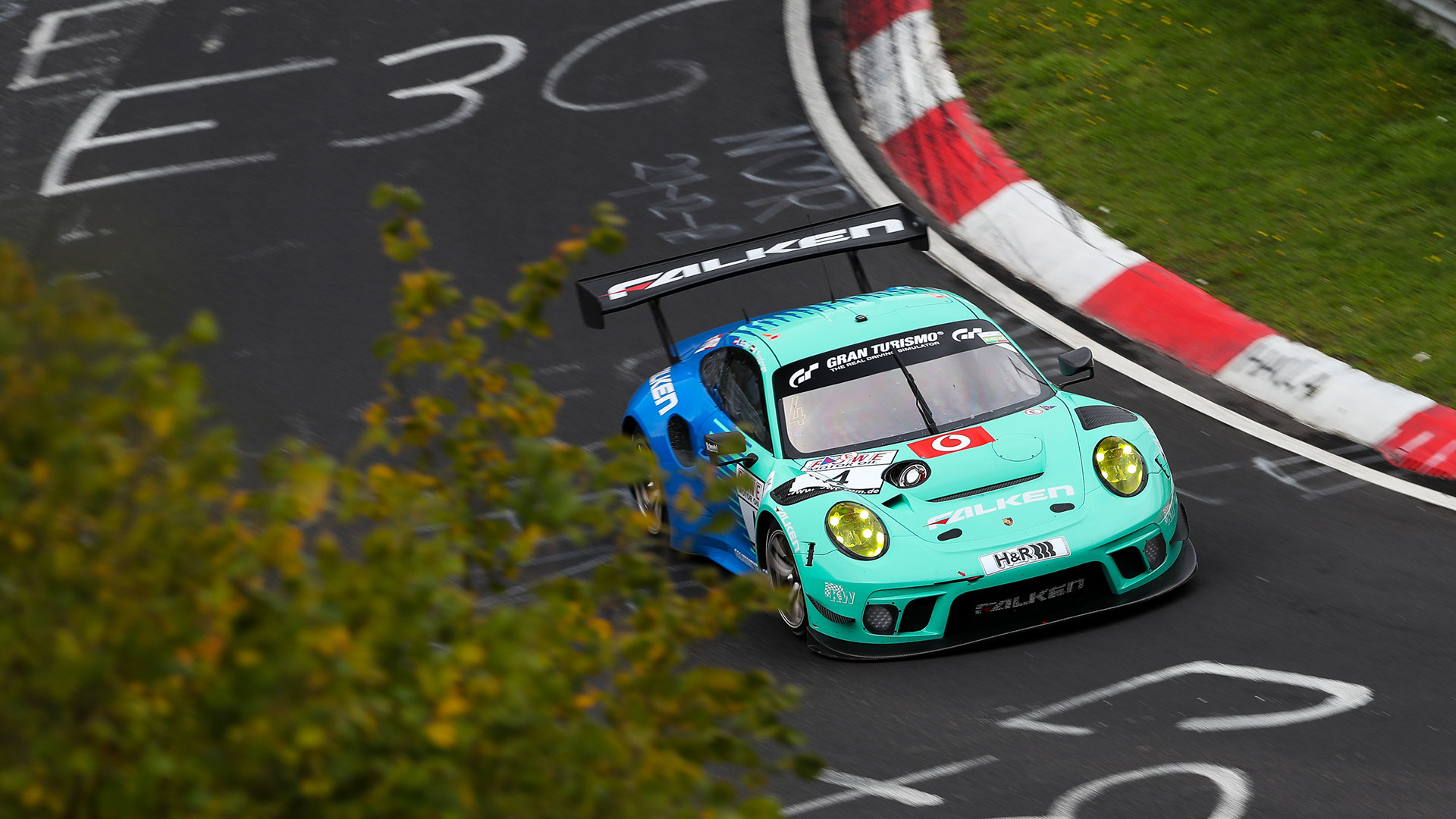 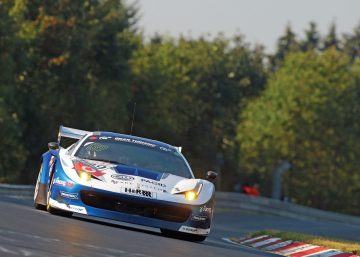 Two third of the VLN season are completed. A Cavallino rampante is in the lead of the championship before the 58thADAC Reinoldus-Langstreckenrennen. For how long, yet, will the passionate horse...