Ferrari is in the championship lead: For how long will the prancing horse still be able to resist? 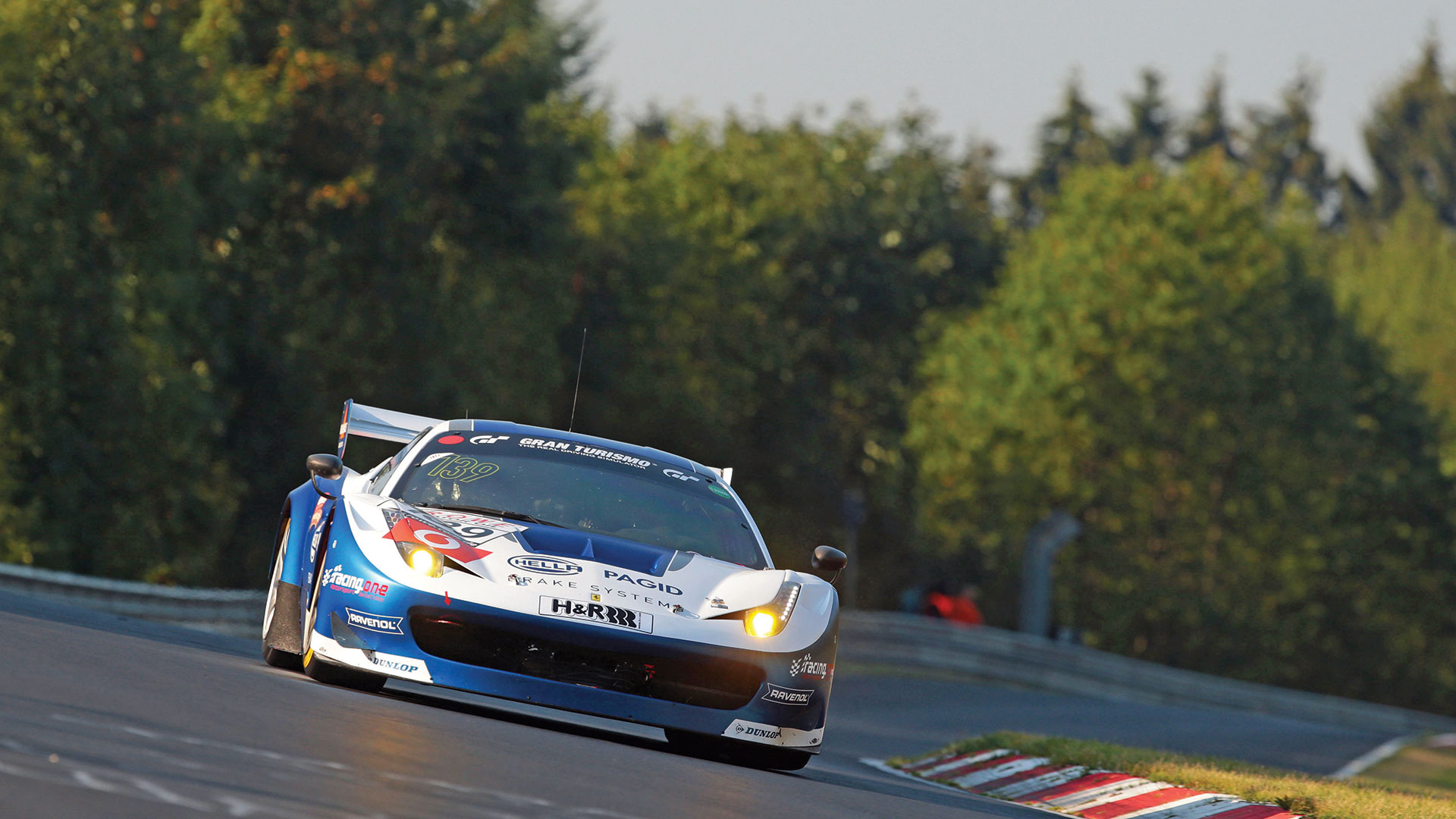 Two third of the VLN season are completed. A Cavallino rampante is in the lead of the championship before the 58thADAC Reinoldus-Langstreckenrennen. For how long, yet, will the passionate horse from Maranello still be able to resist the pressure of the chasing competitors?

The two worst season results that will be deleted out of the total of nine will very soon play an important role. At the latest beginning with VLN race 8, it will be obvious for everyone that the order of the standings will be mixed up as a consequence. For the time being, Stephan Köhler and Christian Kohlhaas are in first place with their Ferrari 458. The driver duo of racing one has taken six class wins, the maximum. They have scored 55.54 points with the average of seven starters in their class. Mike Jäger, however, missed the 41stRCM DMV Grenzlandrennen in the Italian race car.

The table shows Heiko Eichenberg and Yannick Metter of the Team Securtal Sorg Rennsport in second place with 53.68 points. With an average of eight starters, the duo brought the BMW M4 GT4 four times in first place and twice in second position in class SP10. The top three are completed by Danny Brink, Philipp Leisen, Christopher Rink with a score of 47.54 points achieved with their BMW 325i e90 of the Pixum Team Adrenalin Motorsport. Well frequented was class V4 with 21 starters on the average. The results of the fast trio: Three class wins and two second places.

The pseudonym drivers “Jens” and “Max” of the Team Getspeed have achieved five class victories with their Porsche Cayman GT4 CS in the class Cup3, resulting in 46.96 points. With nine starters, this class figured one more than the V5 in which the team in fifth overall place is competing. Norbert Fischer, Christian Konnerth, Daniel Zils are shown with 46.63 points after five class wins with the Porsche Cayman. In addition to Brink/ Leisen/ Rink, the Pixum Team Adrenalin Motorsport has got another hot iron in the fire here in the fight about the championship.

This is the actual situation. But there is much more thrill in the question on what the virtually adjusted table will be giving? If, for the moment, you delete only one out of two possible results, i.e. the worst one, the standings will be significantly different. Köhler and Kohlhaas would drop down from first to fourth place with “only” 46.54 points remaining. Eichenberg and Mettler, currently in second position, would suffer a similar fate as they would end up in fifth place with now “only” 45.55 points.

In both scenarios, the leaders would then be Brink/ Leisen/ Rink – with 47.54 points after one void result, or 38.48 points with two void results. In case of the deletion of the two worst results, Carsten Knechtges and Marcel Manheller would turn out to be sort of shooting stars in the VLN. The duo of class V4 would be shown with 38.06 points and move up from position 14 to second place, corresponding to two class victories and two second places. One thing is clear: During the remaining three rounds of the VLN, a huge number of different scenarios around the top positions in the championship are still possible.