The championship goes into the final spurt 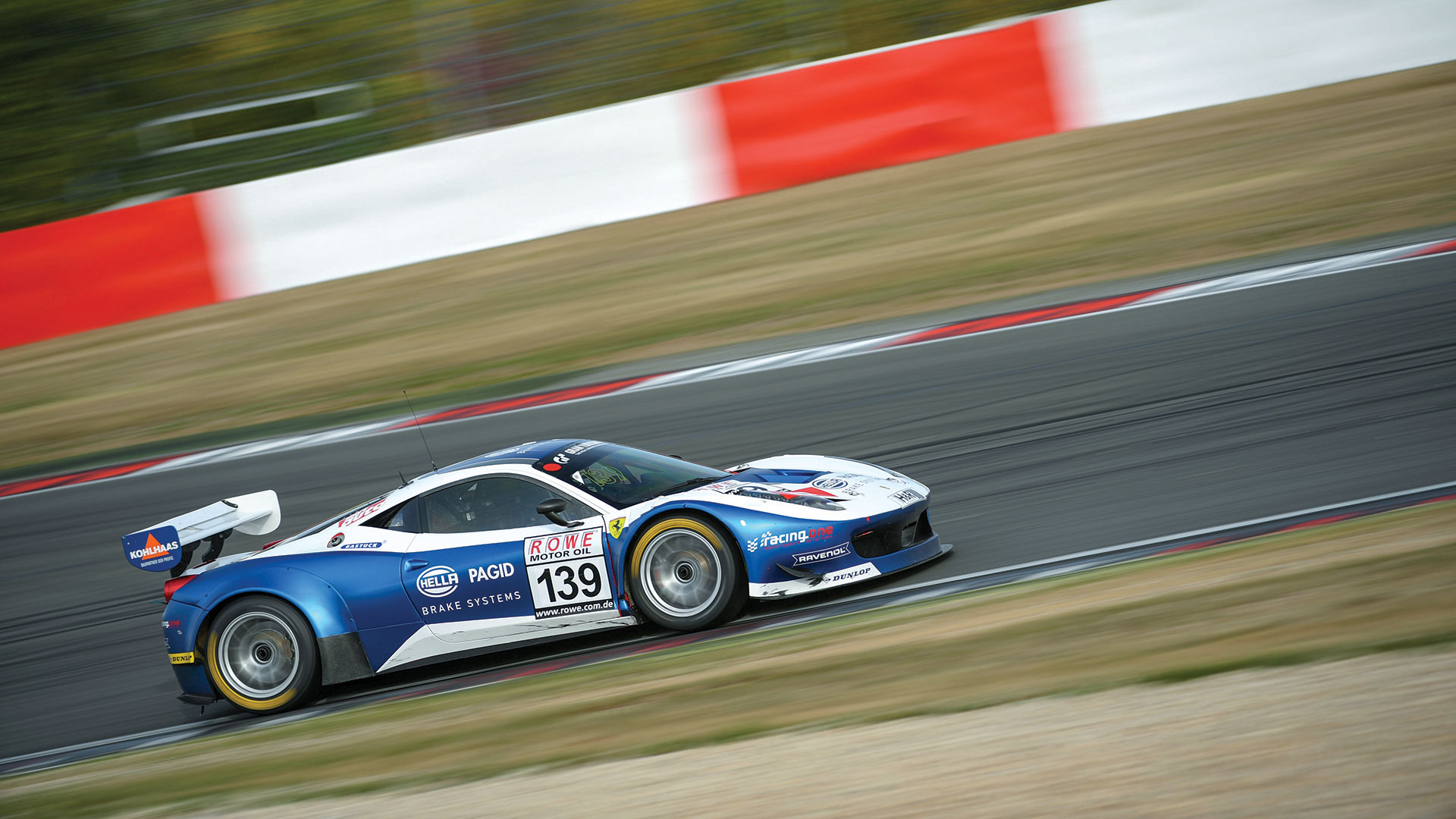 The final spurt of the season 2018 will begin with the eighth VLN race. After the 50thADAC Barbarossapreis, the first of two void results will be applied and the classification may thus be significantly mixed up.

It is a tradition in the endurance championship that the two worst results out of the total championship races will not be taken into regard for the establishment of the final classification, which underlines the grassroot character of the series. The ambitious hobby race drivers, who have always decided the championship amongst themselves during the last years, are allowed to make mistakes. Whether this is due to a technical failure, an accident or the non-participation in one race, for example due to other obligations. So the seven best results out of nine races will finally be considered for the championship classification.

The more danger, the more honour – this is a brief description of the scoring system in the VLN endurance championship. Or, to say it in other words: the driver who leaves the greatest number of participants behind, will be awarded the greatest number of points. This is also the reason why it is most times a team from the midfield which will be on top of the podium at the end of the season of this popular racing series.

racing one has clean hands

Stephan Köhler and Christian Kohlhaas in the Ferrari 458 of racing one did not make the slightest error. The team from Andernach scored the impressive result of seven victories in seven races, has clean hands and is in a superior lead of the standings. For most of the season, Mike Jäger was also part of the team but he missed one round as he was undecided whether to following up his passion motorsport or not. He did thus not take part in race six. The experienced trio will nevertheless be able to celebrate all together – due to the scoring system with the two void results. Into second position are currently Heiko Eichenberger and Yannick Mettler who have achieved four wins and three second places in the GT4 class with the BMW M4 of the Team Securtal Sorg Rennsport.

They themselves are followed by Danny Brink, Philipp Leisen and Christopher Rink. The trio of the Pixum Team Adrenalin Motorsport, too, has good chances to still decide the championship in favour of themselves. They have already a zero point result from the sixth race but the results in class V4 which, with 21 cars on the average, figures the greatest number of participants in the field will play for them. Brink, Leisen and Rink would be in the lead of the championship if one result, the worst one, were already now be deleted for all the teams. 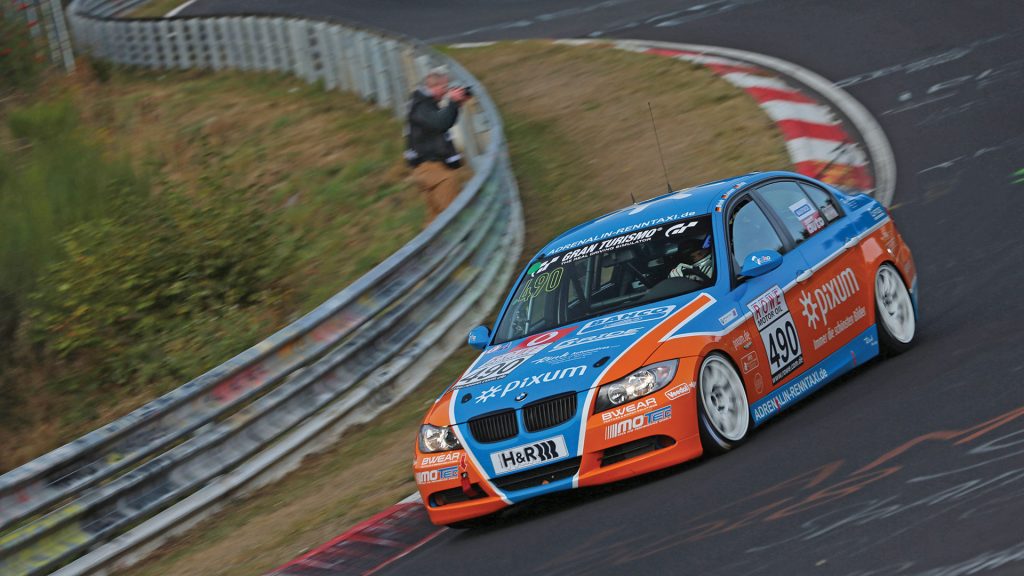 This scenario also applies already for the VLN Production Car Trophy, even without considering a void result. Brink, Leisen and Rink are in the lead ahead of their team mates Norbert Fischer, Christian Konnerth and Daniel Zils. With the Porsche Cayman of Adrenalin Motorsport, the trio has scored six superior wins in class V5 but there were only eight cars in this class on the average. So the number of points awarded in that class is accordingly low. 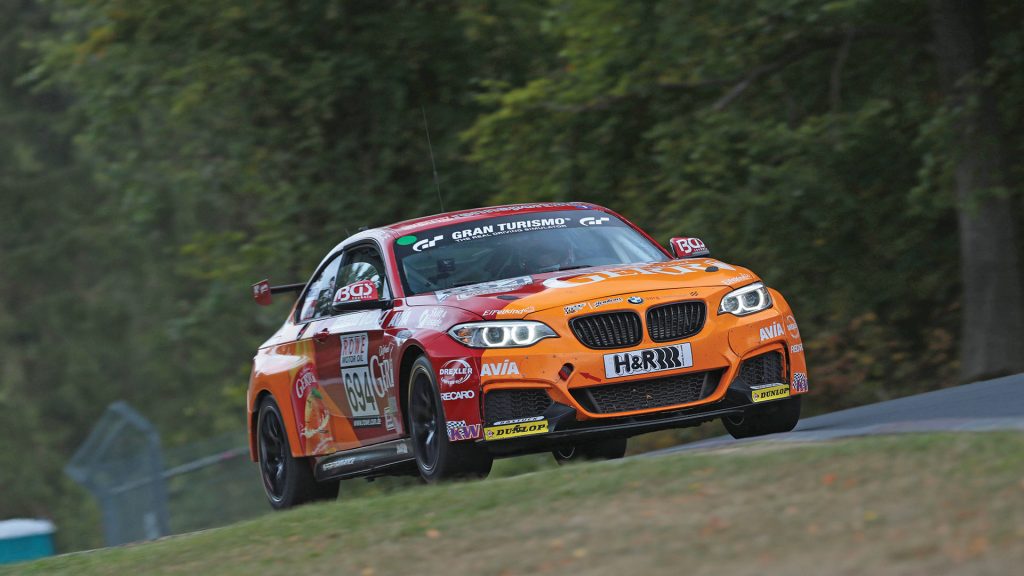 The best junior comes from Estland

The leader in the VLN Junior Trophy is Tristan Viidas from Estland. The 22-years old starts most times as solo driver in the BMW M235i Racing Cup for the Team Securtal Sorg Rennsport and celebrated his first class win recently at the seventh race. He has previously shown a consistent and successful performance with five second and one third place. Into second place follow Tobias Müller, Nico Otto and Lars Peucker of the Team Scheid-Honert Motorsport. 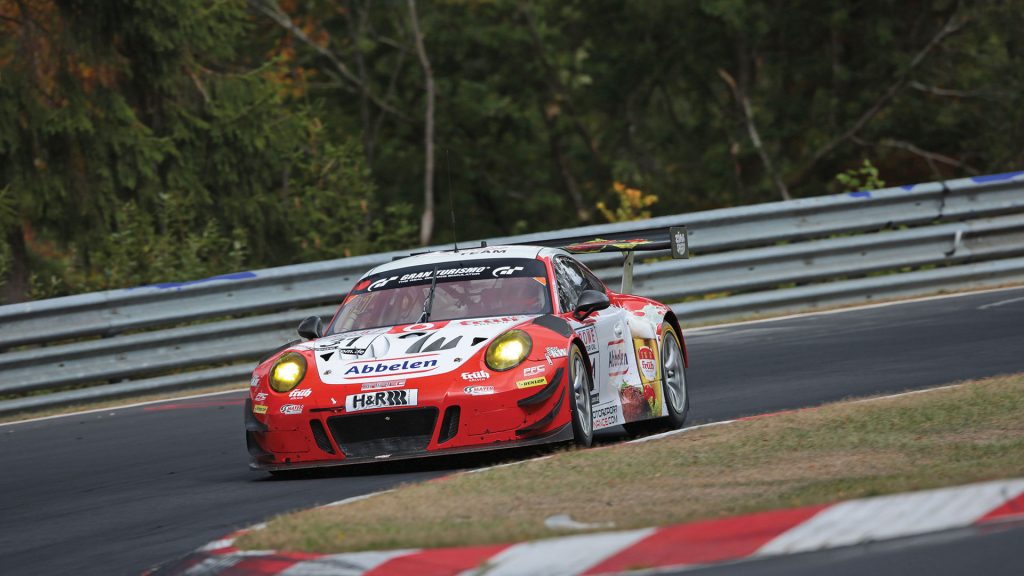 Frikadelli Racing in the lead of the Speed Trophy

The most successful team in the Speed Trophy this season is currently Frikadelli-Racing. With two victories of the Porsche 911 GT3 R with start number 31, one second and one seventh place, the team from Barweiler near the Nürburgring has scored 72 points in the VLN Speed Trophy according to the well-known Formula 1 scoring system. Falken Motorsports has five points less with their start number 4. With one victory, two third and one fourth places, their total comes up to 67 points.

Exciting decisions are also expected in the Cups

In addition to the official VLN classification, Porsche and BMW organise own cups within the framework of the VLN. In the Cayman GT4 Trophy by Manthey-Racing, Moritz Kranz from Linz/ Austria is shown in the lead. The 31-years old took two class wins with the Team Mühlner-Motorsport. His 188 points include eleven bonus points awarded for pole positions and fastest race laps. He has furthermore so far not a single zero points result so that he can still stand up to the two GetSpeed drivers “Max“ and “Jens“ who have scored five class wins. The current champions in the VLN Junior Trophy show their superiority also in the BMW M235i Racing Cup. Sorg driver Viidas is in the lead of the standings with 122 points. David Griessner and Yannick Fübrich (Pixum Team Adrenalin Motorsport) hold second place ahead of Otto / Peucker / Müller (Scheid-Honert Motorsport). 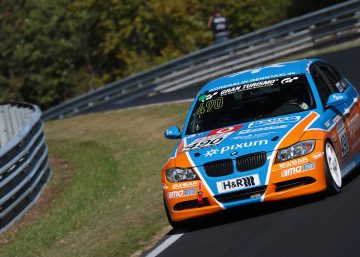 The DMSB Court of Appeal has judged the appeal lodged by the Pixum Team Adrenalin Motorsport against the disqualification at the eights race of the VLN endurance championship as admissible...