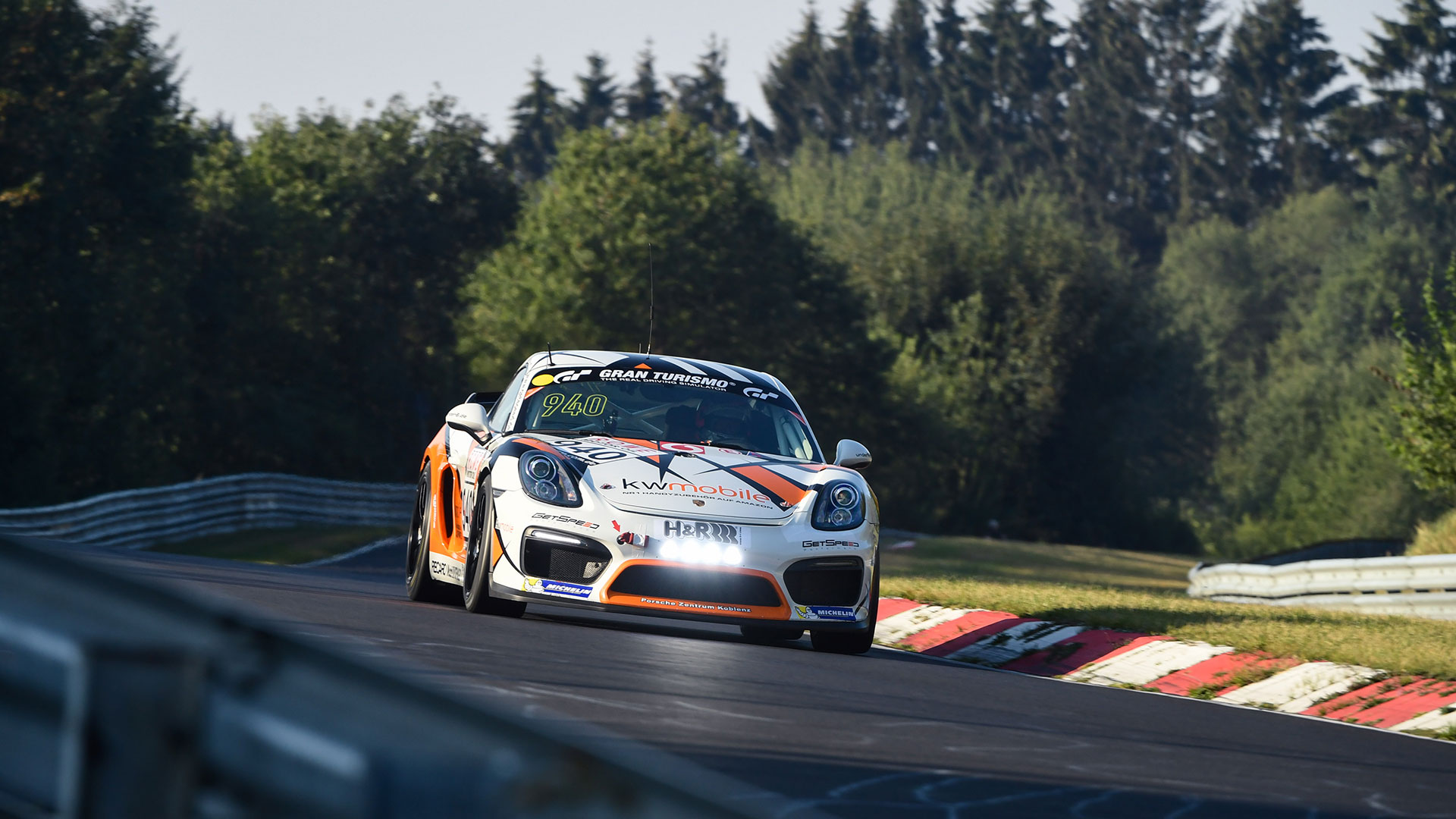 The drivers “Max” and “Jens” who are competing under pseudonyms have gone into the lead of the Cayman GT4 Trophy by Manthey-Racing. The crew of the Team GetSpeed Performance took their fourth win of the season last Saturday at the six hour race of the VLN endurance championship Nürburgring and at the same time their third victory in a row. Into second position finished Kai Riemer and Ivan Jacoma (Schmickler Performance). The top three were completed by Marc Keilwerth, Marcos Adolfo Vazquez, ”Montana“ and guest driver Marc Basseng for Mathol Racing.

“Three wins in a row and the fourth of the season – what shall I say? That is a fabulous result for our team. It was however a tough race and it was extremely hot again inside the cockpit. The competition amongst the Cayman in the series was once more extremely close and we saw exciting racing action”, said “Jens”. 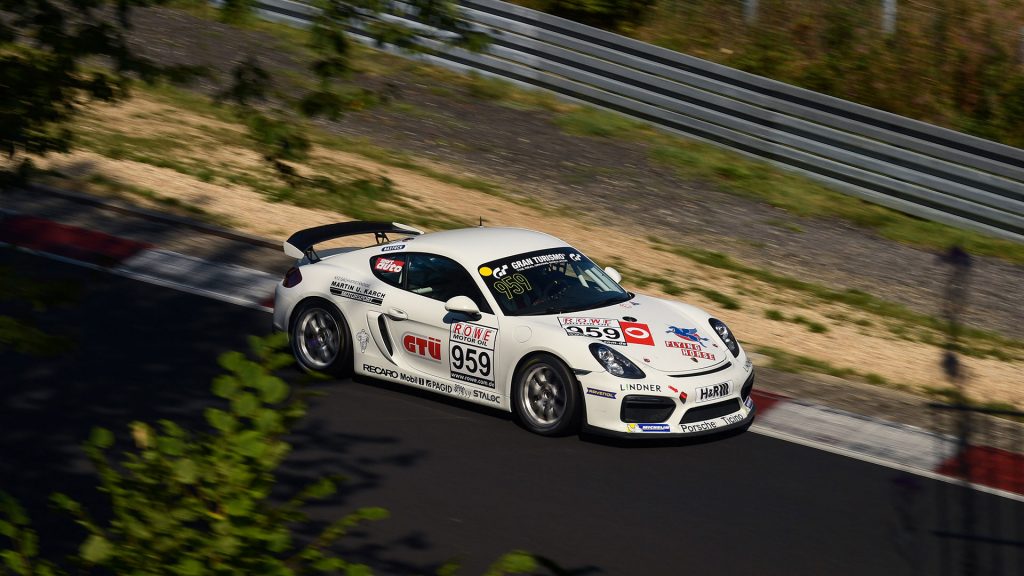 “Max” and “Jens” finished the morning qualifying in third position. For the fourth time this year, the two extra championship points for the pole position and for the fastest race lap went to the Mühlner Cayman with start number 969. Pole setter Moritz Kranz and his team mates Michael Rebhan, Timo Mölig and Felix Günther, though, lost a lot of ground during the race. Junior drivers Mölig and Günther supported Kranz and Rebhan in the car with number 969 at this 5th VLN race because their own car with number 979 was not able to start due to an accident in the Friday test. Daniel Bohr, Fabio Grosse and Hendrik von Danwitz – this time assisted by the drivers Moritz Oberheim, the Trophy Champion of 2016 – had to stop the race just before the race end after an accident.

Whilst the third-placed Keilwerth, Vazquez, “Montana“ and Basseng moved up due to the problems of their competitors, “Max” and “Jens” managed to gain a considerable advantage in the lead of the Cayman field. Yet, they both also benefited from the bad luck of their rivals when the duo Riemer and Jacoma temporarily dropped back in fifth place due to a damaged tyre. The drivers of the Schmickler team nonetheless managed to fight their way back up into second place but their gap to the winners was still three minutes and 47 seconds in the end.

“Kai and I are happy with this result even though we were a bit unlucky. I had a very good start and managed to pass the Mühlner Cayman. When I handed over the steering wheel to Kai, we had temporarily an advance of not less than twenty seconds. Due to the tyre failure, we unfortunately dropped back in fifth place, but we managed to gain back position by position”, said Ivan Jacoma. 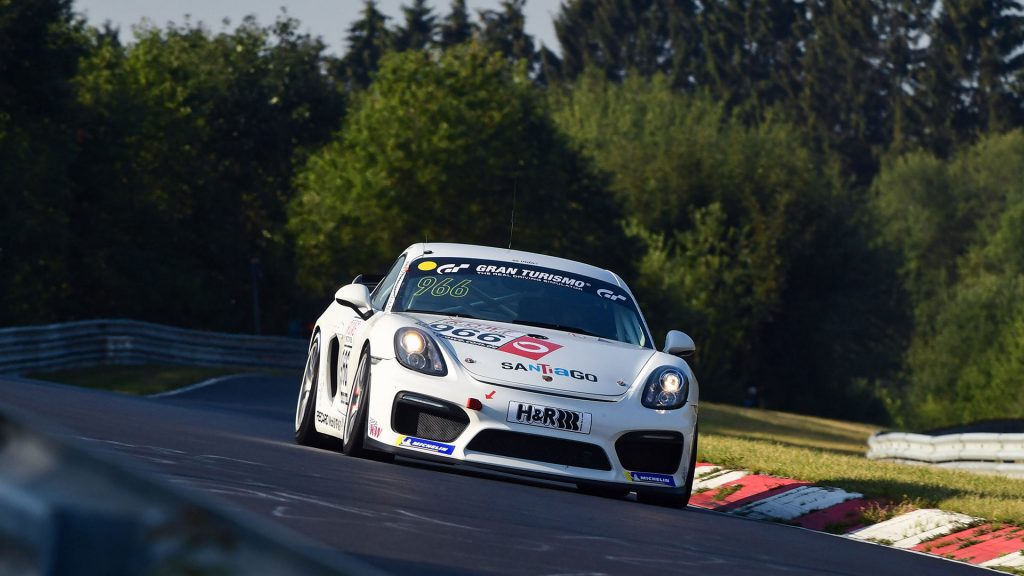 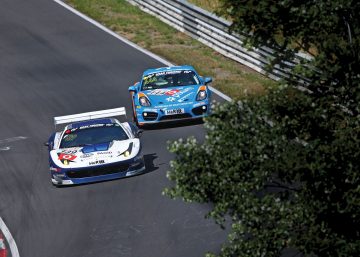 The two first teams in the VLN Drivers’ Championship have once again delivered top results at the fifth round: Norbert Fischer, Christian Konnerth and Daniel Zils won their class in... 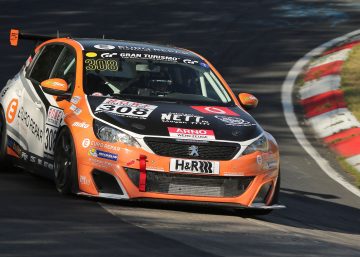 At the ROWE 6 Hour ADAC Ruhr-Pokal-Rennen, Manuel Metzger did not only achieve the first victory of the 2018 season in the AMG-Mercedes for the Team Black Falcon, the Swiss... 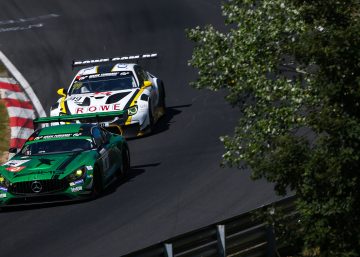