Exciting duel at the top of the table 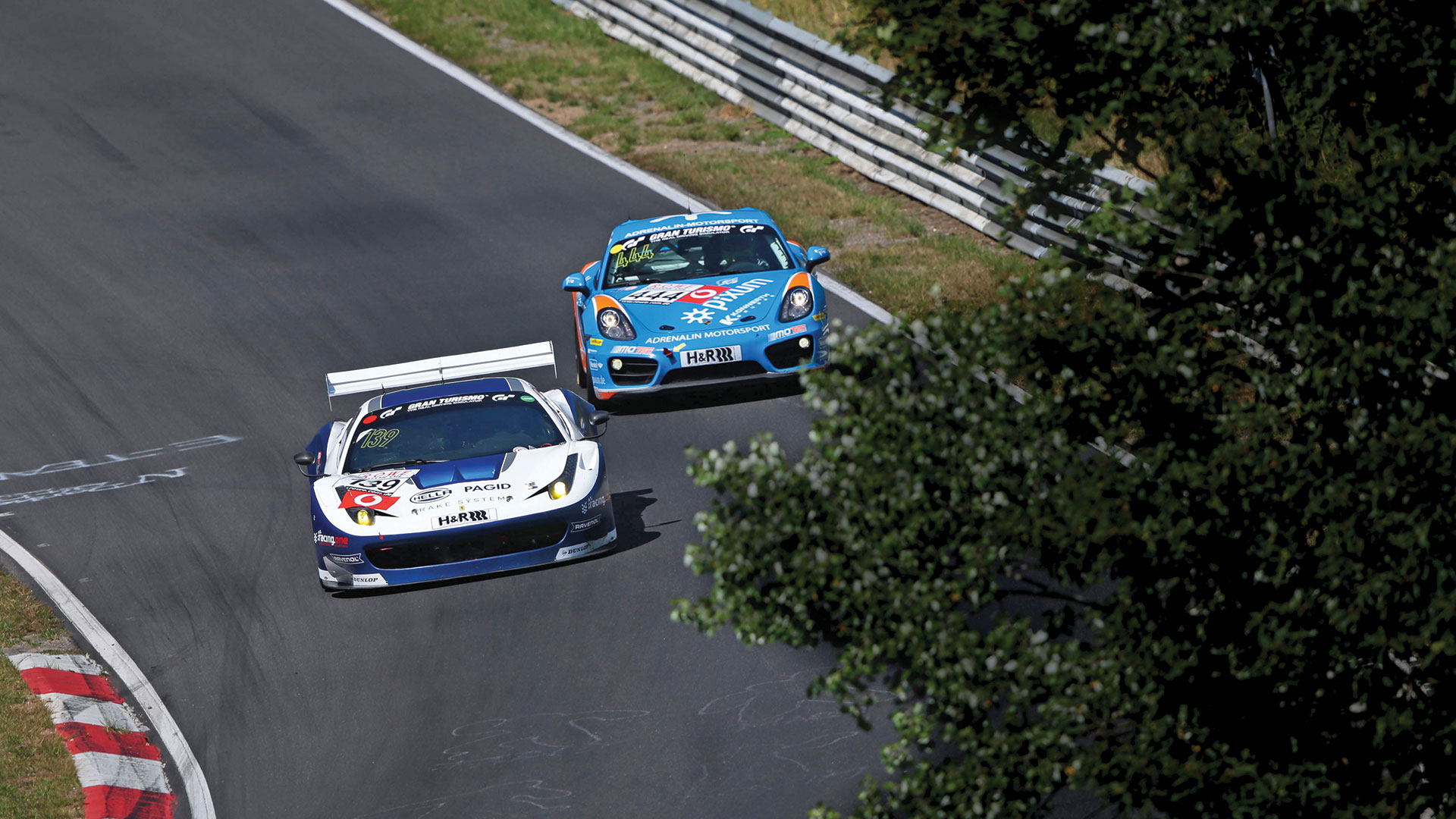 The two first teams in the VLN Drivers’ Championship have once again delivered top results at the fifth round: Norbert Fischer, Christian Konnerth and Daniel Zils won their class in the V5-Cayman for the Pixum Team Adrenalin Motorsport just as Mike Jäger, Stephan Köhler and Christian Kohlhaas in the SP8-Ferrari of racing one.

Both teams are without doubt extremely successful this year. Five races and five class wins – honour to whom honour is due. But it is not always what it seems as the void results which are counted at the end of the season hang like a sword of Damocles above the two driver teams. The reason for this is the relatively low number of starters, both in class V5 of Fischer/ Konnerth/ Zils and in class SP8 for Jäger/ Köhler/ Kohlhaas.

The competition is not asleep, but many have already suffered one or another retirement in the current season. The team mates of the Adrenalin trio, who are in a top position of the championship, is a prime example: Danny Brink, Philipp Leisen and Christopher Rink are currently shown in fourth place but are considered to be hot candidates for the title win. So far, the average of 21 cars was at the start in class V4, so the number of points allocated here is clearly higher than in classes V5 (8 starters) or SP8 (7 starters). The driver trio in the BMW 325i has scored three victories. They took second position at the season opener and suffered a retirement at VLN race 4. When, after the eighth VLN race, the first void results will be applied for the calculation of points totals, Brink/ Leisen/ Ring will definitely make up places again. This is, however, subject to them gaining top places in the upcoming races.

The same situation applies for the two drivers “Max” and “Jens”, running under pseudonyms in the Cayman GT4 Trophy by Manthey Racing (Cup 3). There are nine starters on the average. The duo managed to finish first four times but failed at the second race. If they are able to continue scoring wins in series and the number of participants remains unchanged, “Max” and “Jens”, too, will end up in front of the current leaders in the championship. They are right now shown in fifth championship position.

These are only a few examples for possible scenarios which might lead to success. The VLN year 2018 is now just starting into its second half of the season with the 41stRCM DMV Grenzlandrennen. Five races out of nine are so far over and a lot of points remain to be awarded.

The current protagonists are anyhow confident. “I hope, things will continue as up to now”, says Ferrari driver Mike Jäger. “At the moment, our chances to win the VLN title are not too bad. In any case, our situation is quite good.” Daniel Zils, too, looks to the remainder of the season with confidence: “In terms of championship, things are of course looking very good for us. The competition, though, is very close in the top positions so that the championship will remain exciting until the very end.”