12h Nürburgring: Who will take the points? 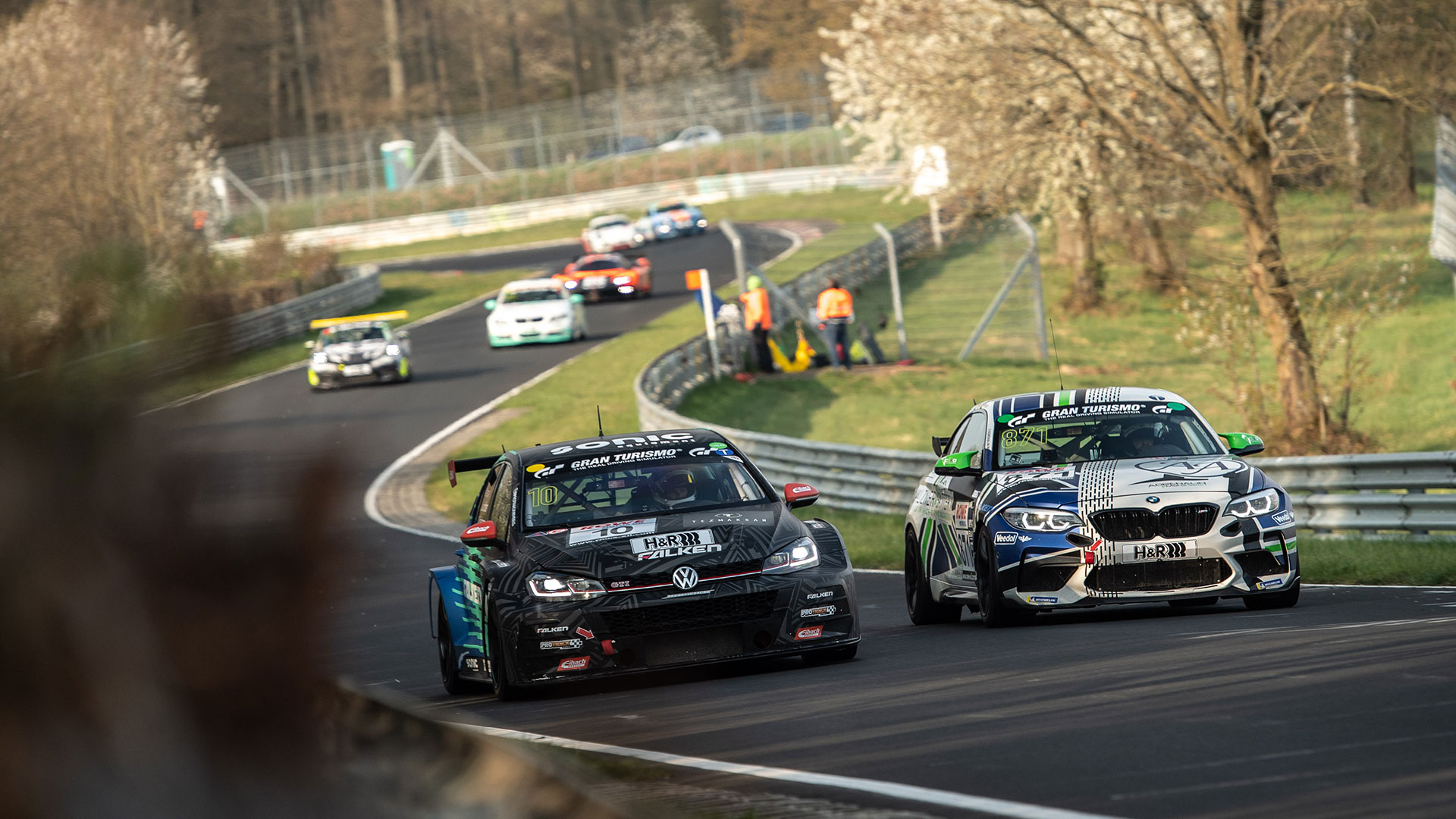 The summer break is over and the engines are finally roaring again in the Green Hell. With the new season highlight, the 12h Nürburgring on 10 and 11 September, the Nürburgring Endurance Series will be back from its break – and the premiere of the new racing format will be special in several respects. In addition to the XXL race distance, which will be completed in two parts of six hours each on Saturday and Sunday, the first-ever restart on Sunday morning and a varied supporting programme in the paddocks and at the ring°boulevard, it is above all the points that can be gained and that are in the focus of all participants. 30 points can be scored for the victory in a class with more than seven cars.

Drivers from seven classes will be battling for taking maximum points this weekend: VT2-FWD, VT2-R+4WD, SP3, SP9, BMW M240i, CUP2 and CUP3. It is also from these classes that the best-placed drivers in the championship come. Championship leaders Daniel Zils, Oskar Sandberg and Sindre Setsaas will start for the Adrenalin Motorsport Team Alzner Automotive in VT2-R+4WD with a BMW 330i. The trio has a perfect record after four races and is in the lead of the standings with 64 points. Mauro Calamia, Ivan Jacoma and Kai Riemer, who compete for Schmickler Performance powered by Ravenol in CUP3, follow with a gap of 17 points. Third-placed Christopher Brück and Karsten Krämer of KKrämer Racing in CUP2 are 18 points off the top. The pendulum can swing in one way or another at the 12h Nürburgring. Those who have failed in previous races may well find their way back to the top of the standings this weekend – others may further extend their position. Excitement is guaranteed in any case. 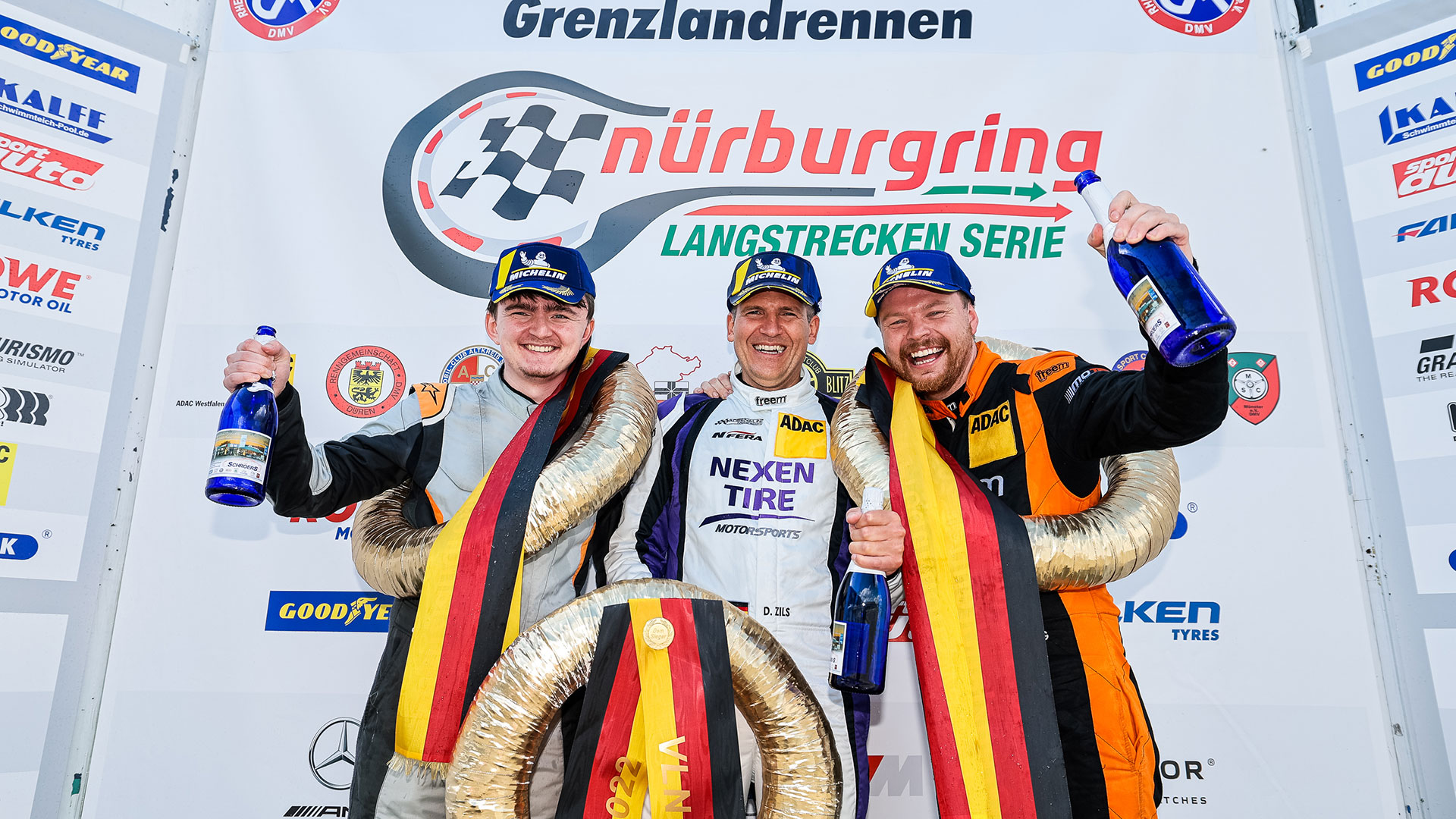 Excitement is also promised in the battle for the overall victory. In the SP9 class, there are more than a dozen candidates who are in the running for first place. Jakub “Kuba” Giermaziak has already claimed a victory for Phoenix-Racing 2022 and will this time start together with Kim Luis Schramm in the Audi R8 LMS. Joel Eriksson and Sven Müller have more recently been victorious for Falken Motorsports. Jaxon Evans and Alessio Picariello now also take turns in the Porsche. The sister car is shared by Klaus Bachler, Ayhancan Güven, Côme Ledogar and Martin Ragginger. Vincent Kolb and Frank Stippler have already claimed two podium positions in the Phoenix Audi – the duo is now aiming for its first victory at the 12h Nürburgring. 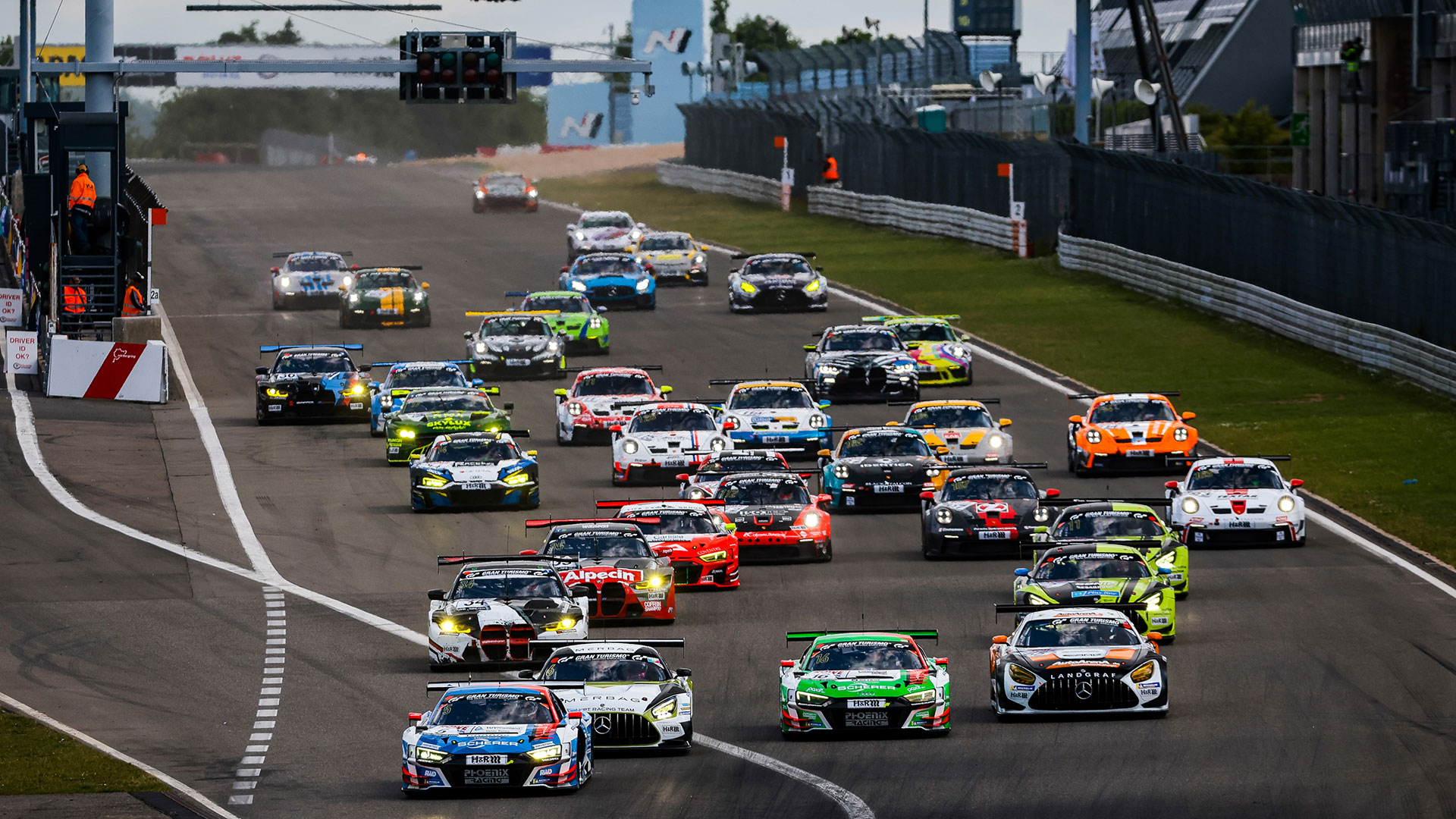 The Schnitzelalm Racing and Landgraf Motorsport teams will fly the flags for Mercedes-AMG. Walkenhorst Motorsport brings two BMW M4 GT3s to the Eifel. Lionspeed by Car Collection Motorsport is represented by two Audi R8 LMS. The team from Walluf near Wiesbaden is the only top team to make use of the option of entering five drivers to share one car. In the #24, Patrick Kolb, Milan Dontje, Dennis Fetzer, Patric Niederhauser and Lorenzo Rocco will be aiming to take the crown. One car each will be entered by Huber Motorsport (Porsche 911 GT3 R), octane 126 (Ferrari 488 GT3) and racing one (Ferrari 488 GT3) in SP9. 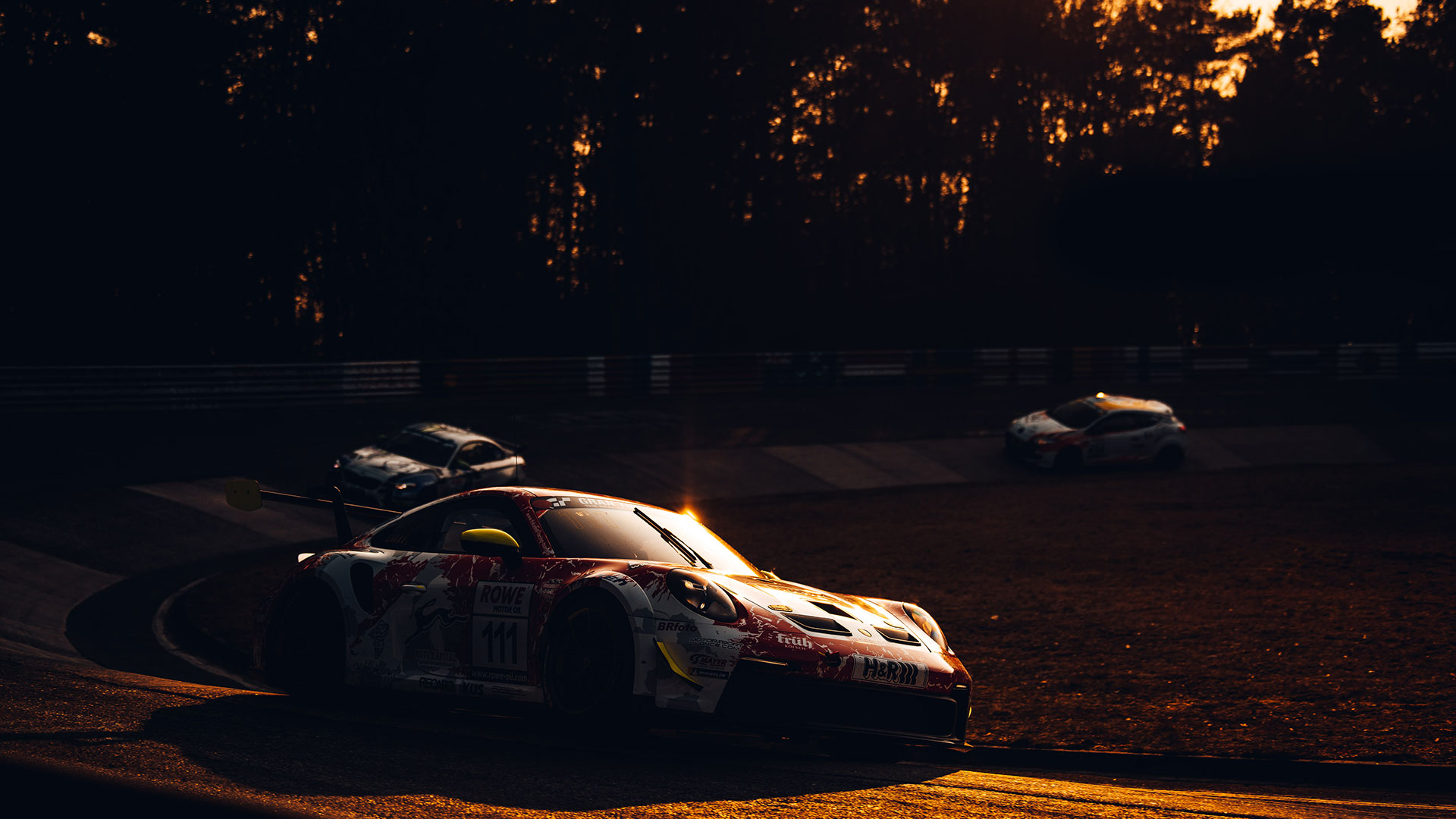 The 12h Nürburgring will provide a sporting innovation. The race will be run in two sections of six hours each. The special feature is that on Sunday morning the cars will be back on the track in the same intervals as they took the chequered flag on Saturday evening at 20:30. The procedure is comparable, for example, with a biathlon pursuit race.

On Saturday evening, the start and finish straight will become a parc fermé after the cars have been waved off. No work is allowed on the cars overnight. On Sunday morning, all the cars will then move into the pit lane, where they will line up in three rows in the order as they crossed the finish line on the previous evening. The winner of part one will start first from the pit lane and the remaining cars will follow in the same time interval as they had when they crossed the finish line on Saturday. Code-60 is then in force on the entire track. Once all the cars have started the race, the speed limit is lifted and the chase is on.

Comeback: Vanina Ickx and the Strycek family at the start again

After 13 years, Vanina Ickx celebrates her comeback in the Green Hell. The daughter of former Formula 1 driver and six-time Le Mans winner Jackie Ickx last competed in the NLS in 2009, at that time together with John Barker and Peter Terting in a VW Scirocco. At the 12h Nürburgring she will share the cockpit of the Toyota GT86 of Pit Lane – AMC Sankt Vith with Jacques Derenne, ‘Brody’, Bruno Barbaro and Oliver Muytjens. Also making a comeback are Lena and Robin Strycek, who will take turns at the wheel of an Opel Astra J OPC with father Volker in the VT2-FWD class. The family ties around the VLN technical director last competed together in the NLS in August 2020. 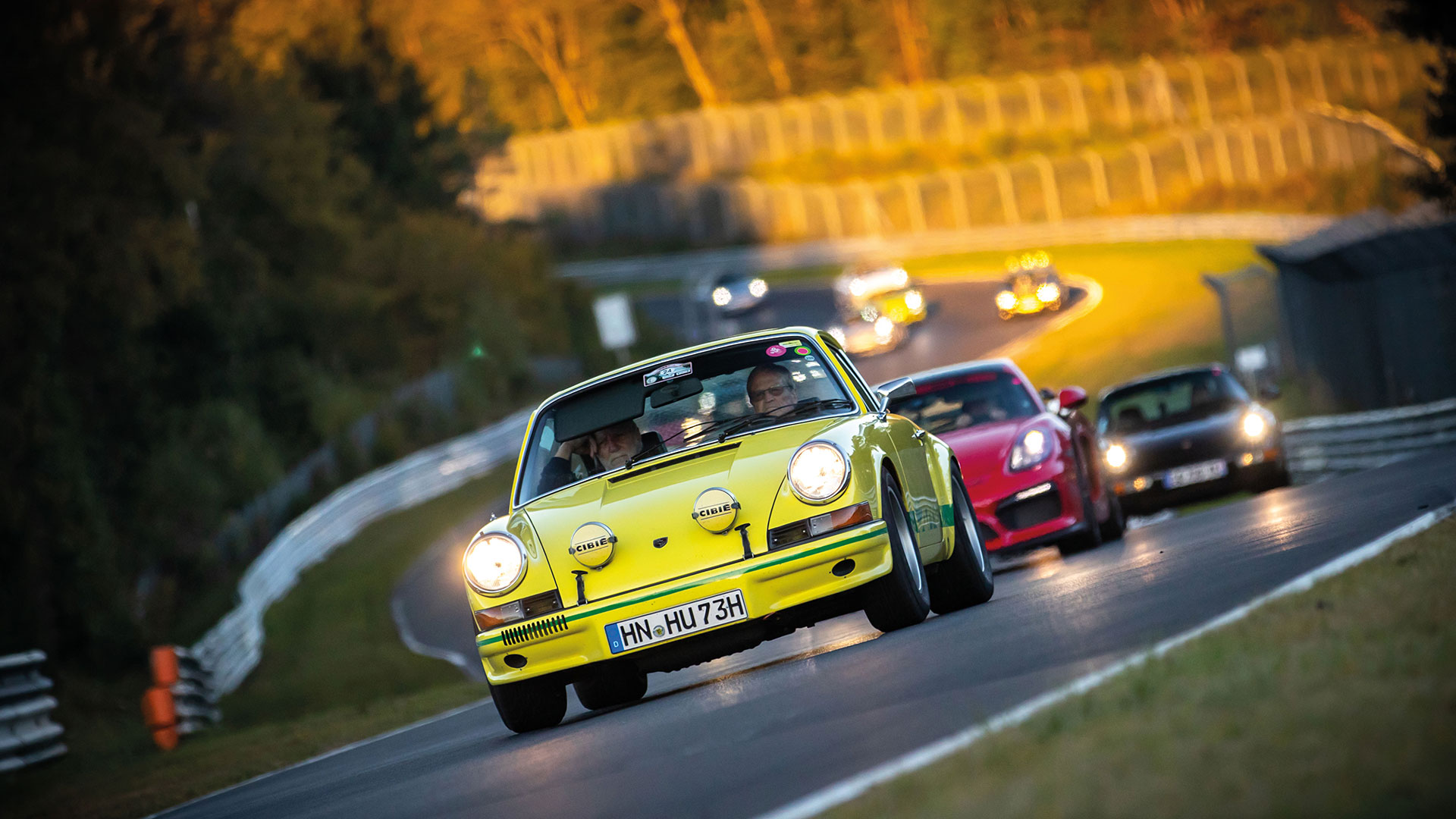 The 12h Nürburgring is the new season highlight of the Nürburgring Endurance Series. The only two-day event in the calendar of the Nordschleife championship with two race sections and six hours of driving time each on Saturday and Sunday offers plenty of scope for a colourful supporting programme. At the premiere, the HARIBO Road-Show, the RPR1.Livemobile, the BMW M-Town Crew and the Porsche Club Nürburgring will, among others, be performing on and around the ring°boulevard. The young fans will get shiny eyes watching Chase and Skye from Paw Patrol, the generation Boomer with K.I.T.T. from the series Knight Rider. In the paddocks, the Falken Drift Show will keep the wheels spinning and during the pitwalk on Saturday afternoon, there will for the first time be an autograph session with all the NLS teams. On the starting grid, additional entertainment will be provided by the Red Bull DJ mobile. A highlight of the event is the big “Back to the 90s” party on Saturday from 20:30 in the ring°arena. Tickets are available at www.nuerburgring.de.

Day tickets from 25 euros are available at www.vln.de/tickets or at the box offices. In addition, camping at the Nordschleife is also possible during the 12h Nürburgring. The Brünnchen section is already sold out, the gates at Pflanzgarten will open on Thursday at 16:00 – tickets will be available on site. A shuttle service will be set up from the campsites on Saturday between 18:00 and 4:00 so that Nordschleife campers can not only experience the end of race part one at the Grand Prix circuit, but also celebrate extensively at the party thereafter. 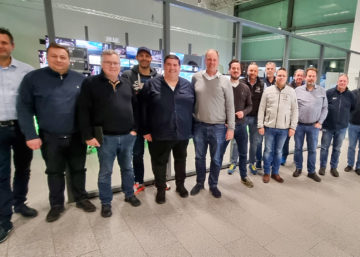