Three teams with chances to take the title, but only one will make it! The decision in the title fight of the VLN endurance championship Nürburgring 2019 will be taken at the final round, the 44th DMV Münsterlandpokal. And the Team Pixum Adrenalin Motorsport has still two hot irons in the fire. The trio of the Team Avia Sorg Rennsport, on the contrary, is dependent on the external assistance of some fellow competitors. They will no more be able to gain the crown in this worldwide biggest grassroots series on their own. In certain circumstances, one can nevertheless expect a true Hitchcock thriller for the weekend.

Due to their sixth victory in the current season in the Cup5, Yannick Fübrich and David Griessner were in a perfect starting position for VLN8. And the leaders performed excellently with the BMW M240i Racing Cup at the eighth round of the season. Their team mates Christopher Rink, Philipp Leisen und Danny Brink, though, also won their class V4 and thus maintained their chances to defend the title. “We are leading the standings with two cars before the final race, so we have all the trump cards in our hands. But as the saying goes: to finish first, first you have to finish”, says Adrenalin Team Principle Matthias Unger. If Fübrich and Griessner turn out to be the winners of their class at the final, they will definitely be the champions. With 16 starters in their class, they would come up to 67.90 points.

The VLN title defenders are on the rise

After a difficult start into the season, the current champions Christopher Rink, Danny Brink and Philipp Leisen in the BMW 325i had already given up their hopes to defend their VLN title. Due to an impressively strong performance in the second half of the season and another class win at the 51st ADAC Barbarossapreis, the driver trio however maintained their chances to be on top of the championship podium at the end of the year. “We have not abandoned our hopes yet to take the title. Thanks to our victory at VLN8, we have gained an advantage over the strongest rival in our class and we can still move ahead of our team mates David and Yannick at the final. Yet, they have all the trump cards in their hands, so this will be very difficult”, says Brink. In addition to the VLN Championship, they driver trio can also still gain the class winner trophy in V4 and the title in the production car championship at the season final. The current VLN champions with #1 were previously victorious at VLN4, VLN5 and VLN7. Class V4 once again figures the greatest number of starters. Provided that the title holders win their class and Fübrich / Griessner finish only second, they would have a total of 67.80 points compared to 67.27 and thus be ahead by a nose.

Torsten Kratz, Moran Gott and Oliver Frisse of the Team AVIA Sorg Rennsport finished second at VLN8 with the BMW 325i in that same class and maintained their small chances after having scored first places at VLN1, VLN3 and VLN6. The conceivably closest constellation would be a class win of Kratz, Frisse and Gott and at the same time third places for Fübrich / Griessner and Brink / Leisen / Rink respectively. In this case, Kratz / Gott / Frisse would be the champions with 67.27. Rink / Brink / Leisen would then come up to 67.15 points and Fübrich / Griessner to 67.14 – the top 3 positions in the championship would thus be separated by only 0.13 points.

All of these considerations are of course always on the assumption that the entered 16 and 31 cars in the corresponding classes will actually start and compete in the race. “I am looking forward to a thrilling and exciting final at VLN9. It has been a long time since we’ve last had such a fascinating situation. The decision about the champion will probably be taken on Saturday in the very last lap only. I really hope that all participants will treat each other in a fair manner and with respect and specifically that the cars which are no longer involved in the title battle will take this into account”, says Michael Bork, VLN Sporting Manager. 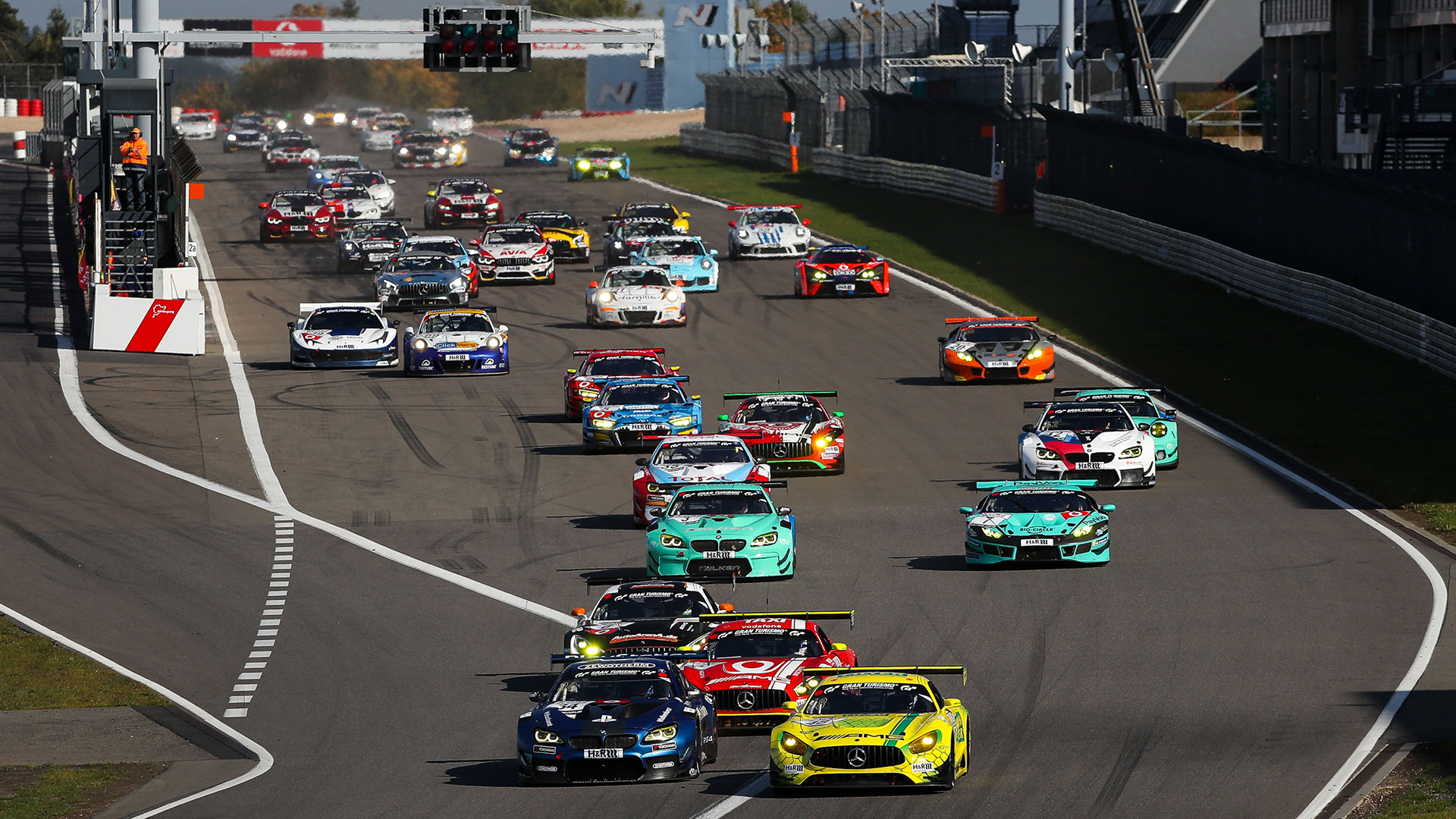 Apart from the question who will become the VLN champion, it will also be exciting to see who will be the winner of this last race at the Green Hell. With three top three results in a row, GetSpeed Performance is the team of the hour. At VLN7, the crew around Adam Osieka celebrated the first victory in the team history at this most popular grassroots series of the world. This time, the Mercedes-AMG GT3 with #2 will start its journey around the Schwedenkreuz and over the Döttinger Höhe with the drivers by Philip Ellis and Dominik Baumann. At VLN6, they finished third in the same team composition. The Team Black Falcon AutoArena Motorsport has entered Patrick Assenheimer and Maro Engel, the winning driver line-up at VLN5.

Good chances in SP9 has also the Porsche of Falken Motorsports with drivers Sven Müller and Patrick Pilet. Phoenix Racing and Walkenhorst Motorsport have entered two cars each. Vincent Kolb and Frank Stippler as well as Michele Beretta, Steve Jans and Kim-Luis Schramm will share the cockpits in the Audi R8 LMS. Christian Krognes from Norway and the British David Pittard as well as Jody Fannin form the spearhead of Walkenhorst. The four rings on the bonnet are also shown on the race car of WRT with Francois Perrodo, Emmanuel Collard and Matthieu Vaxivière. The crew in the „Grello“-Porsche of Manthey Racing will be made up of Dirk Werner and Mathieu Jaminet. DTM driver Philipp Eng will this time compete for the BMW Team Schnitzer as single driver. Daniel Keilwitz and Hendrik Still will be behind the wheel of the Dodge Viper of the Team Zakspeed. Promising will also be the trio of Hubert Haupt, Adam Christodoulou and Dirk Müller of the Mercedes-AMG Team Black Falcon.

Get ready and come to the Ring – it’s worth it!