A really colourful mix of drivers at VLN1 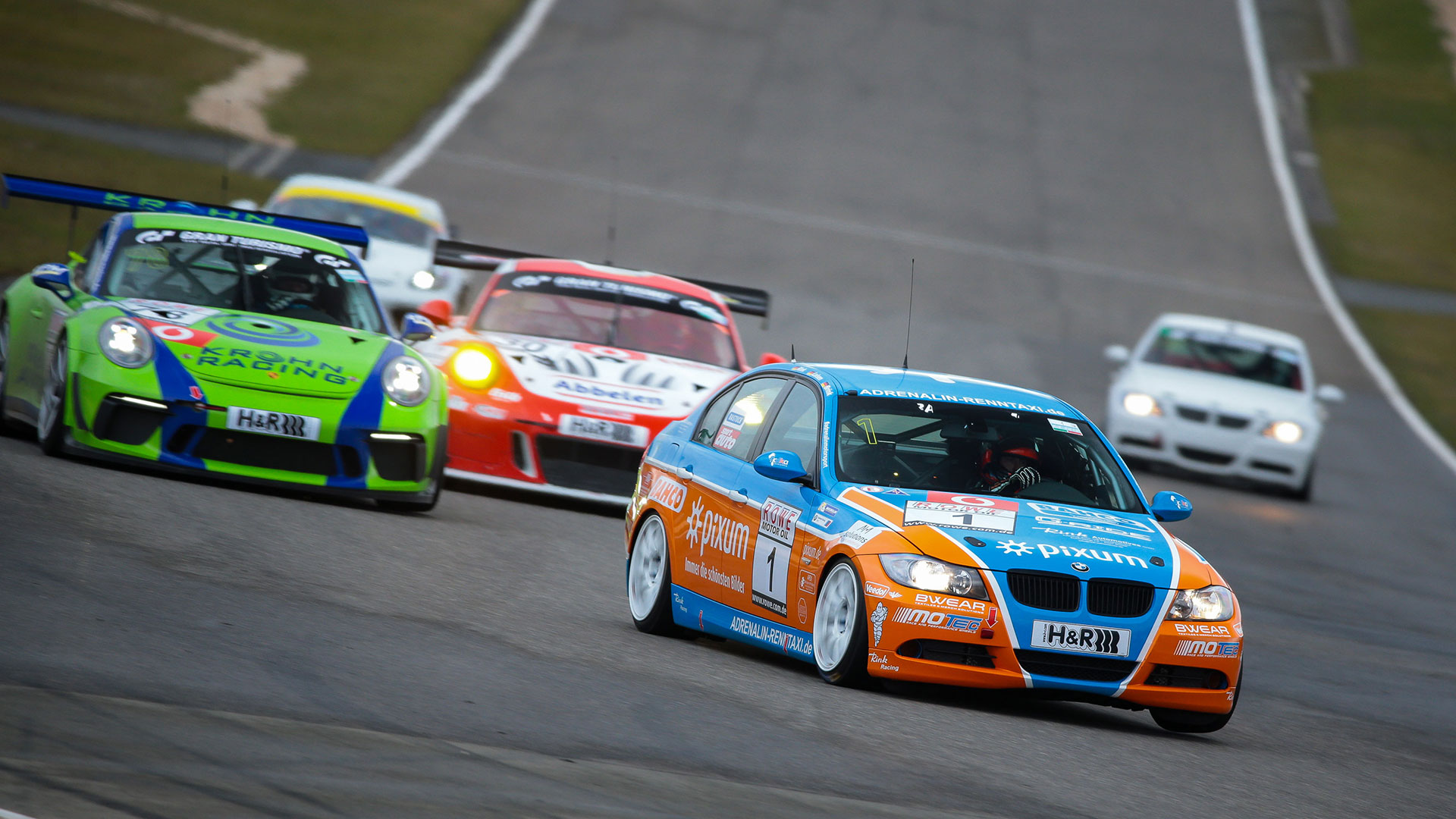 With the 65thedition of the ADAC Westfalenfahrt, the starting lights for the current VLN series will be switched to green this Saturday (23 March). The entry list for this first round at the legendary Nordschleife is very impressive. The most popular grassroots series in Europe promises to provide breathtaking action and a prominent field of drivers. Whether it is about the bigger or the smaller classes, it will be loud and colourful.

The round 1 starting grid will figure more than 170 cars from 24 different car manufacturers – more than 400 drivers from 31 nations. There will be a strong competition in the top group. The names of the drivers and the teams read like the Who is Who in motorsport. Black Falcon, Land-Motorsport, Falken-Motorsport, Frikadelli-Racing, GetSpeed-Performance, KCMG, Kondo Racing, Manthey-Racing, Octane 126, Phoenix-Racing, Team IronForce by Ring Police, ROWE-Racing, HTP-Motorsport, Frikadelli Racing, Scuderia Cameron Glickenhaus, Toyota Gazoo Racing or Walkenhorst-Motorsport will be at the start. And partner ROWE makes the participation in the “ROWE Speed-Trophy by VLN” this year even more attractive by offering a prize money amount of 25,000 euros in total.

The field of drivers provides a really colourful mix. And it is not only the drivers such as DTM Champions Renè Rast or Marco Wittmann, double Le-Mans winner Earl Bamber or ADAC TOTAL 24h Race winner of 2017 Kelvin van der Linde who will make the hearts of each and every speed enthusiast beat faster at the Eifel track. Just to present Fabian Vettel, Smudo, Martin Brundle and Carlos Tavarez as examples. 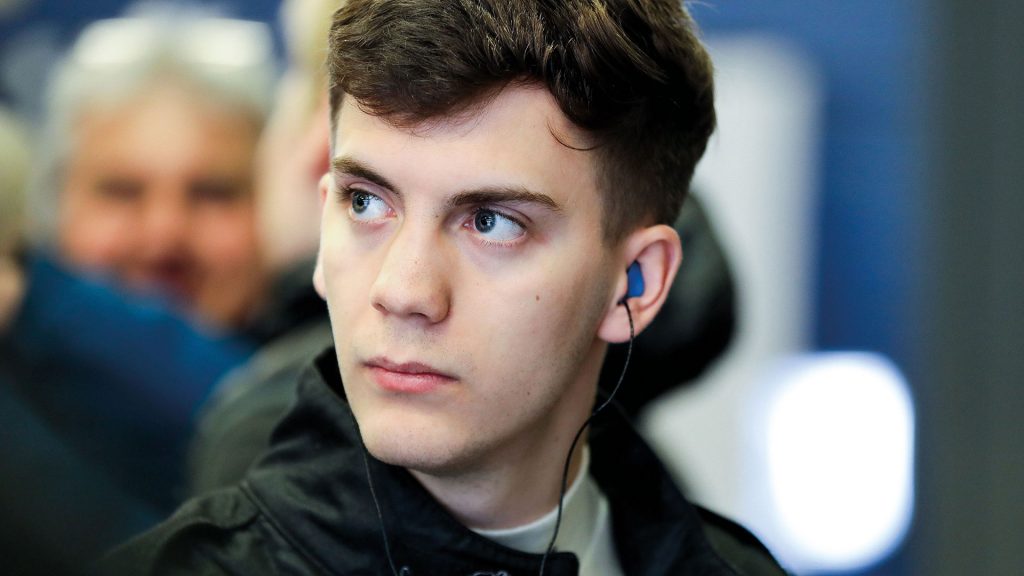 Whilst his brother Sebastian has already gone down in motorsport history with four Formula 1 World Champion titles in a row, the racing career of his eleven years younger brother Fabian is still in its very early stages. After participations in the Audi TT Cup and in the Lamborghini Super Trofeo, the 20-years old will share a Mercedes AMG GT3 with his team mates Indy Dontje and Philip Ellis in the GetSpeed Performance team. “This year is under the motto full attack. That will be a big change for me. It is a totally different world there with the GT3. Everything is much faster, you have downforce, you have power in your car. As a German, you cannot escape the history and the myth of the Nürburgring. I could not stop smiling. It is really great fun, it’s a dream that now comes true”, he said after the test and set-up session.

Whilst Vettel is still a greenhorn at the Nordschleife, rapper Smudo is already experienced at the Eifel circuit. “Unbelievable, that’s my 16thyear already”, says the member of the popular band Fantastische Vier. “I am really crazy about the upcoming VLN season. In 2018, we have already got a taste of being in the top 15 with the GT3 and so we are accordingly motivated for the upcoming races”, says Smudo who will bring a Porsche 911 GT3 Cup to the start in the class of alternative fuels together with Tom von Löwis of Menar and Axel Duffner. In this class, the Team Care for Climate has moreover entered a Porsche Cayman GT4 CS with drivers Thomas Kiefer, Jaxon Evans and Denis Dupont. “I am absolutely delighted that – for the first time in 2019 – we as ‘old hands’ have the opportunity to train junior drivers for the Permit A with the GT4 in the class of alternative fuels. Especially for these young people, who represent the future of motorsport, the issue sustainability is getting more and more important and they will now have the possibility to experience this with us and learn first-hand from scratch.” 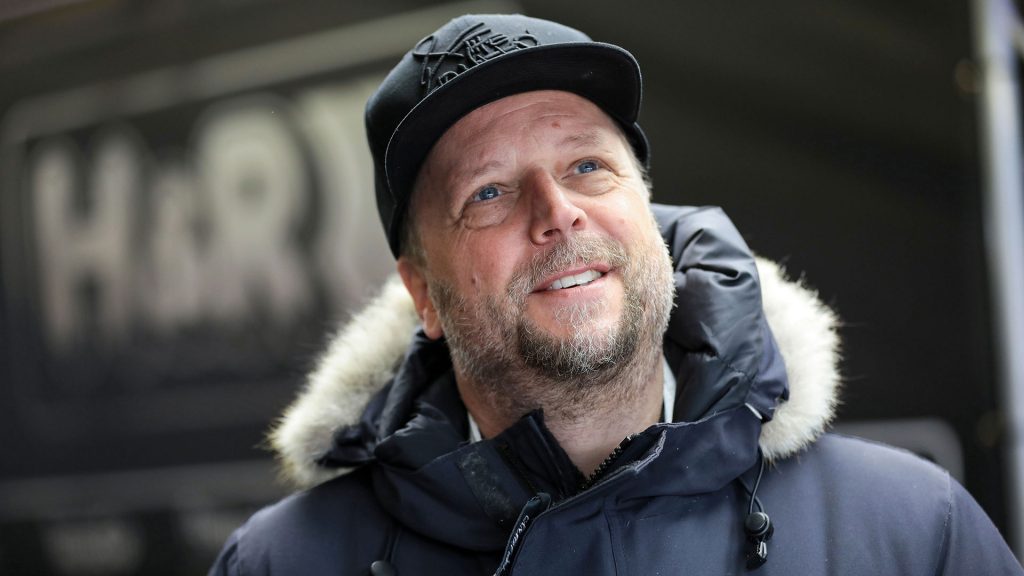 Carlos Tavares will take part with a smaller racing team called TJ Racing. The PSA Peugeot Citroën Chairman of the Board will compete in an Opel Astra GTC of Team Principle Tobias Jung in class VT2. A native Portuguese as boss of a big French car manufacturer in a German compact car is an interesting mixture. “Yes indeed, this is very European”, says Tavares who is looking forward to competing at the Nordschleife. “Because it is the most difficult race track of the world and I like challenges.” Tavares has the proverbial ‘petrol in his blood’. Actually, he has also already been at the start of the Rally Monte Carlo. “Cars and motorsport, these are my big passions. I have meanwhile been competing in rallies, touring car races, one-seaters and historic prototypes for more than 35 years.”

Martin Brundle will drive an Aston Martin Vantage V8 of AMR Performance Centre in class SP8 together with Alexander West and Marco Müller. The Englishman has been at the start of 158 Formula 1 races. By now, he presents the F1 pinnacle of automobile racing for the British channel Sky Sports. “I have never driven a race car at the Nordschleife. When my son Alex started in the VLN last year and told me about it, I was really envious. I will make my Permit at VLN1 and 3. Our plan is to then compete together with my son at VLN7 in one car.” Brundle will already be 60 years by then on 28thSeptember. “That would be a fantastic  belated birthday present for me. I feel just as if I am going back to school. The track is unique. I have already practiced at the simulator. You have to take this very seriously. I am a rookie at the Ring and not the former Formula 1 ace”, he says modestly.

A high level of participation can also be found in V4, V5, Cup3, Cup5 and H2. The class of cars up to 2,000cc provides the broadest range of cars. Starting from Renault Clio over Honda Civic, Opel Astra, Calibra and Manta, VW Corrado, Jetta and Golf up to the BMW 3 series, everything is represented. The TCR, too, belongs to the up-and-coming classes.