Things are very tense before the last round 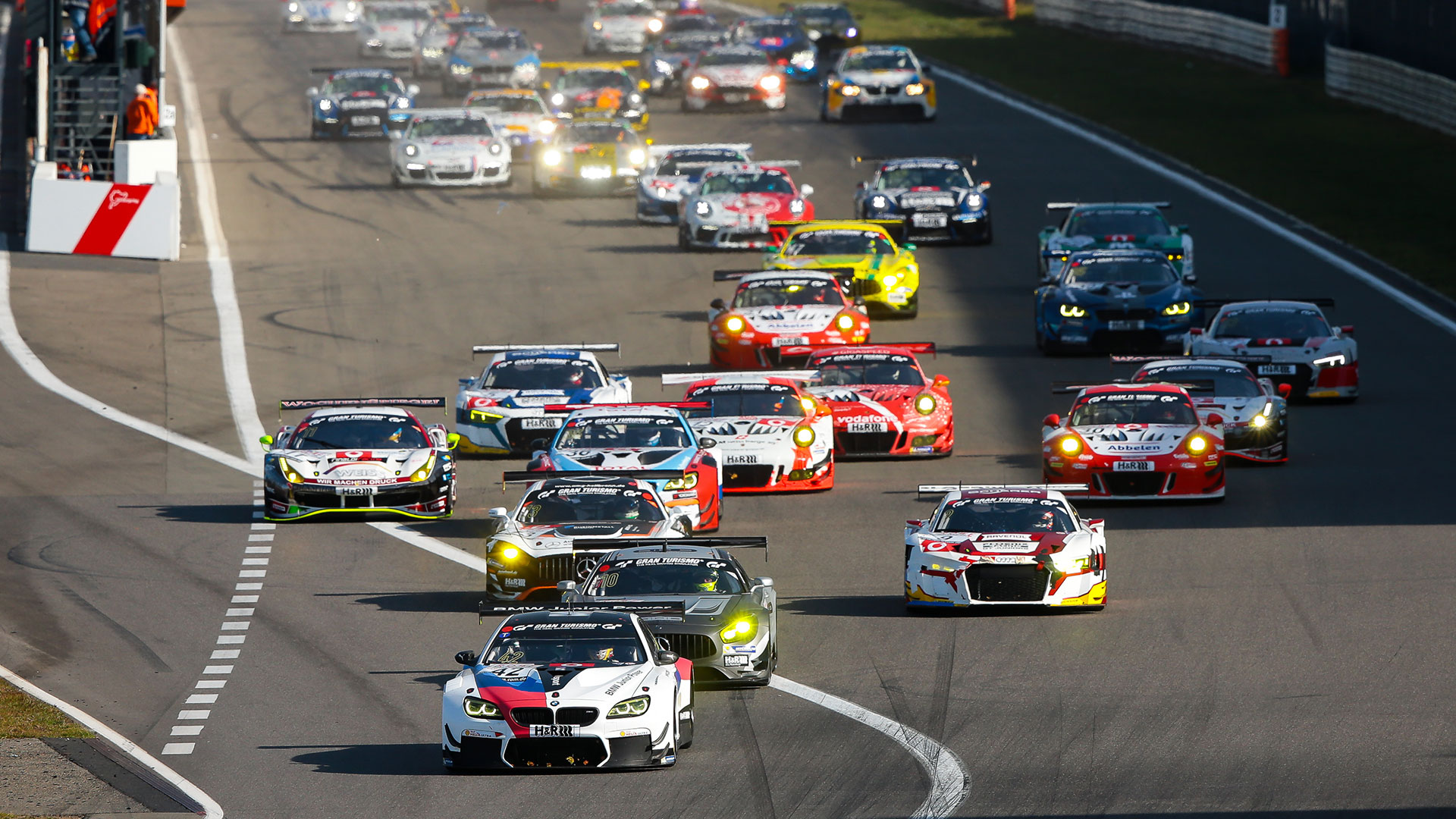 The last event of the VLN endurance championship Nürburgring will conclude the season 2018 next Saturday, 20th October 2018. For the last time this year, the drivers will fight again for points, awards – and about ham. It has meanwhile become a popular tradition at the “Schinkenrennen” (ham race) organised by the MSC Münster that the most successful drivers will take home an original Westphalian ham in addition to honour and trophies. 166 teams have submitted their entries for the ninth and last VLN race to provide an unforgettable conclusion of the season for the fans at the Nürburgring Nordschleife.

19 cars will be competing in the GT3 class at the 43rd DMV Münsterlandpokal. Amongst them are many candidates for victory as with Frikadelli Racing (Porsche, 2 wins), Black Falcon (Mercedes-AMG, 2 wins), Manthey-Racing (Porsche, 1 win), ROWE Racing (BMW, 1 win) and Falken Motorsports (Porsche, 1 win), all of the entered teams have already been able to score overall victories in the current season. AutoArena Motorsport (Mercedes-AMG) will not be represented at the season finale. Patrick Assenheimer, though, who took his first VLN victory at VLN race 8, has changed to the Mercedes-AMG Team HTP-Motorsport. His team mates will be former DTM driver Maximilian Götz and Raffaele Marciello, Formula 3 European Champion of the year 2013.

One make which is still missing in the list of the previous winners in the current year is Audi. Phoenix-Racing, Montaplast by Land Motorsport and Car Collection Motorsport will make every effort to close this gap with an R8 LMS each. The team of Land from the Westerland will moreover be responsible for the participation of one from amongst two GT3 cars of the next generation. Marcel Fässler and Frédéric Vervisch will drive the 2019 Audi R8 LMS in class SPX. The new GT3 sports car from the Ingolstadt factory made its debut at the eighth round under the direction of Car Collection Motorsport. Another race car for the coming season, the new Porsche 911 GT3 R, will once again participate under the management of Manthey-Racing after its first appearance with Falken Motorsport. Michael Christensen and Mathieu Jaminet will take turns in the cockpit. Another car entered in class SPX is the Renault Sport R.S.01 of the French team R-ace GP with drivers François Perrodo, Emmanuel Collard and Matthieu Vaxivière. 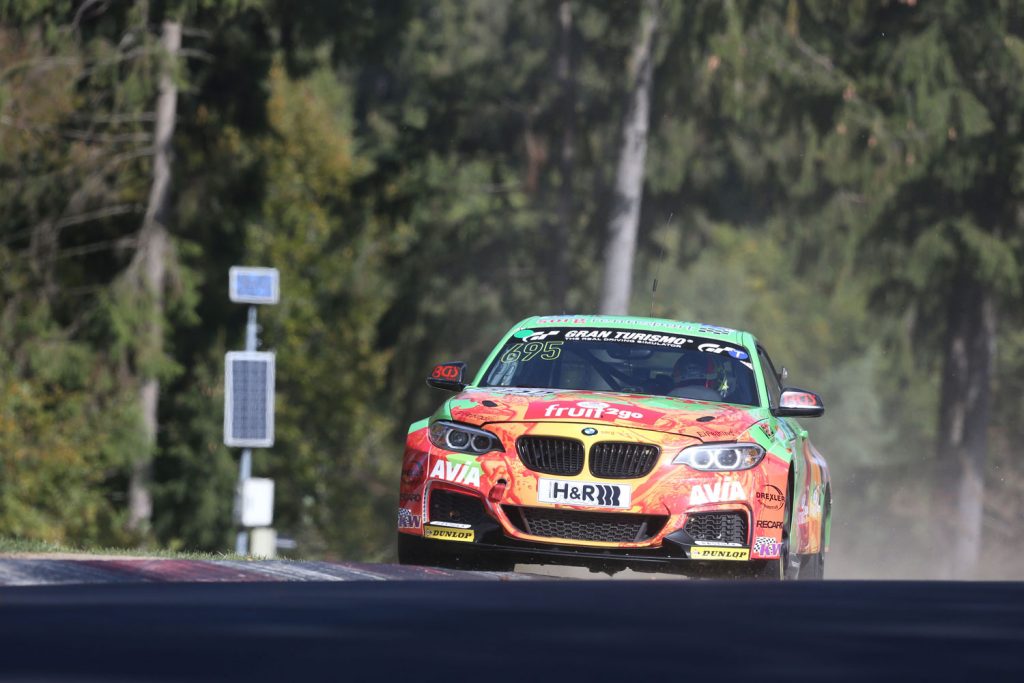 The decisions will be taken in the finale

In the VLN Junior Trophy, the Estonian Tristan Viidas of Securtal Sorg Rennsport has good chances to win the title. He will, however, have to collect points because Moritz Oberheim who is this season competing in a Mercedes-AMG GT4 of the Black Falcon Team IDENTICA is close behind. The decision about the VLN Speed Trophy will also be very exciting. The Porsche 911 GT3 R with start number 31 of Frikadelli Racing is in the lead, followed by the two race cars of Falken Motorsports, the Porsche 911 GT3 R (#4) and the BMW M6 GT3 (#3). In purely mathematical terms, the two cars in fourth position, too, still have chances to gain the title: the Ferrari 488 GT3 (#22) of the Wochenspiegel Team Monschau and the Mercedes-AMG GT3 (#6) of Black Falcon.

Following a technical protest at the eighth race and the still pending DMSB appeal hearing, in which one candidate for the title is involved, the VLN overall classification and the VLN Production Car Trophy classification are still provisional. The appeal hearing is expected to take place on 18 October. 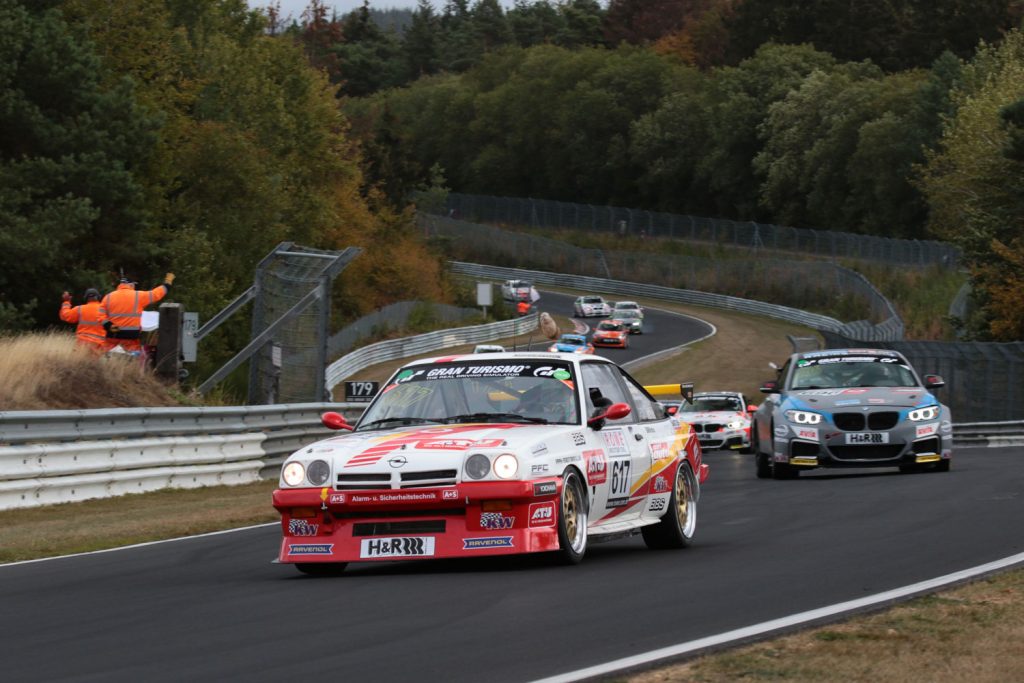 In addition to the decisions about the various titles, the Münsterlandpokal race will also come up with a number of interesting background stories. Volker Strycek for example will this time not only start in a team with Olaf Beckmann and Peter Hass in the Opel Manta, but also together with his two children Lena and Robin in an Opel Astra OPC Cup. The long-time Opel Sports Director thus increases his chances to score his one hundredth class win in the VLN statistics which have been kept since 1990. The “learner drivers” at the ninth race are also worth mentioning. Alex Brundle, son of the former Formula 1 driver Martin Brundle, and Michele Beretta will complete their second obligatory participation in the Porsche Cayman of PROsport-Performance on their way to get the highest grade of the DPN, just as DTM driver Joel Eriksson and Nick Yelloly in the BMW M235i Racing Cup of Securtal Sorg Rennsport.

The start signal will be given with the green lights at 12 o’clock on Saturday. The grid positions will be decided previously in the timed practice which will take place between 08.30 and 10 am. As long as the engines are quiet, the fans at the Nürburgring will have the opportunity to take a close look at the race cars during the pitwalk and on the subsequent starting grid and to meet the top stars of the endurance racing scene. Tickets for access to the paddocks and to the open grandstands at the Grand Prix Circuit are available on-site at a family-friendly price of 15 euros per person. Young people up to the age of 14 years will have free entrance.