Schrey’s dream of defending the title is over 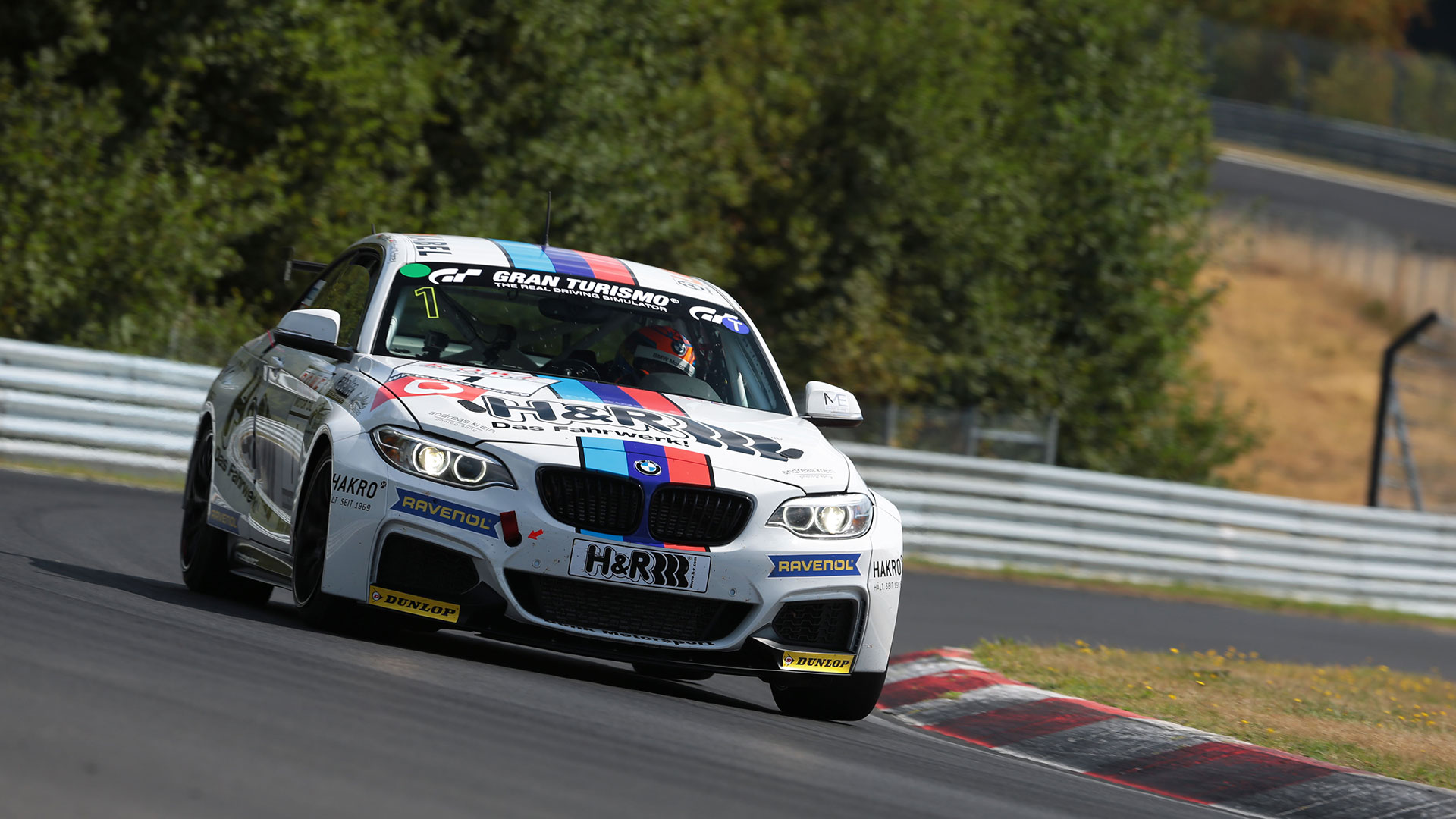 Michael Schrey once more delivered a brilliant performance at VLN race 6. Together with his team mate Marc Ehret, the German race driver dominated the action in the lead of the BMW M235i Racing Cup over three quarters of the race distance. After a wheel bearing damage in the very last lap, the current VLN Champion unfortunately had to leave the Nürburgring premises without any points.

“The result of this race reminded me a little of our season start when we also had to retire in the very last race lap. It is of course always bitter to fail just before you finish after having shown such a superb team performance over the almost full four hours of racing. Unfortunately, we have suffered this same fate twice this season”, said Schrey who has now no more chance for defending his title.

“At the beginning of the season, the goal was of course to achieve a hattrick. Certainly, we were aware that this would turn out to be extremely difficult, first of all because the competition is very strong and then also because everything has to fit together perfectly to be really successful in the end. Compared to the two previous years, we simply missed that bit of luck this season which you also need to win. We have given it everything and really created best possible conditions. After all, we did unfortunately not receive the deserved reward”, said Schrey.

Initially, everything seemed to go right for a long time and it looked as if he and his team mate Marc Ehret would achieve a top position at the sixth round of the season. In the qualifying, they secured pole position for the BMW M235i Racing of Bonk Motorsport. “We had wait for a long time in the qualifying to get a free lap. Finally, everything worked perfectly well and we could set the fastest time.”

After the race start, Michael Schrey defended their top position and managed to build a gap in the lead during the first laps. “The pole position was very important today. I had thus no traffic whilst the cars behind were involved in many battles. So I benefited a little from the situation at the beginning”, said Schrey who changed the cockpit to his team mate Marc Ehret after his double stint with an advance of about half a minute. A short while after the driver change, the duo did not only loose several positions due to a front left tyre damage, they also had to advance their next scheduled pit stop.

“After the stop, everything was running again as scheduled and Marc moved up into second position. Unfortunately, we then suffered a wheel bearing damage at the Karussel in the very last lap so that we had to stop just before the race end”, explained Schrey who was at this moment driving the BMW 325i e90 of Hofor-Racing. “This weekend, I completed one double stint and then also the final stint in the V4 car. It was really a strange moment for me when I passed our BMW M235i Racing and saw him on the towing hook of a recovery vehicle. It is a shame, but motorsport is hard sometimes. We will now completely focus onto achieving good race results in the remaining last three rounds.”