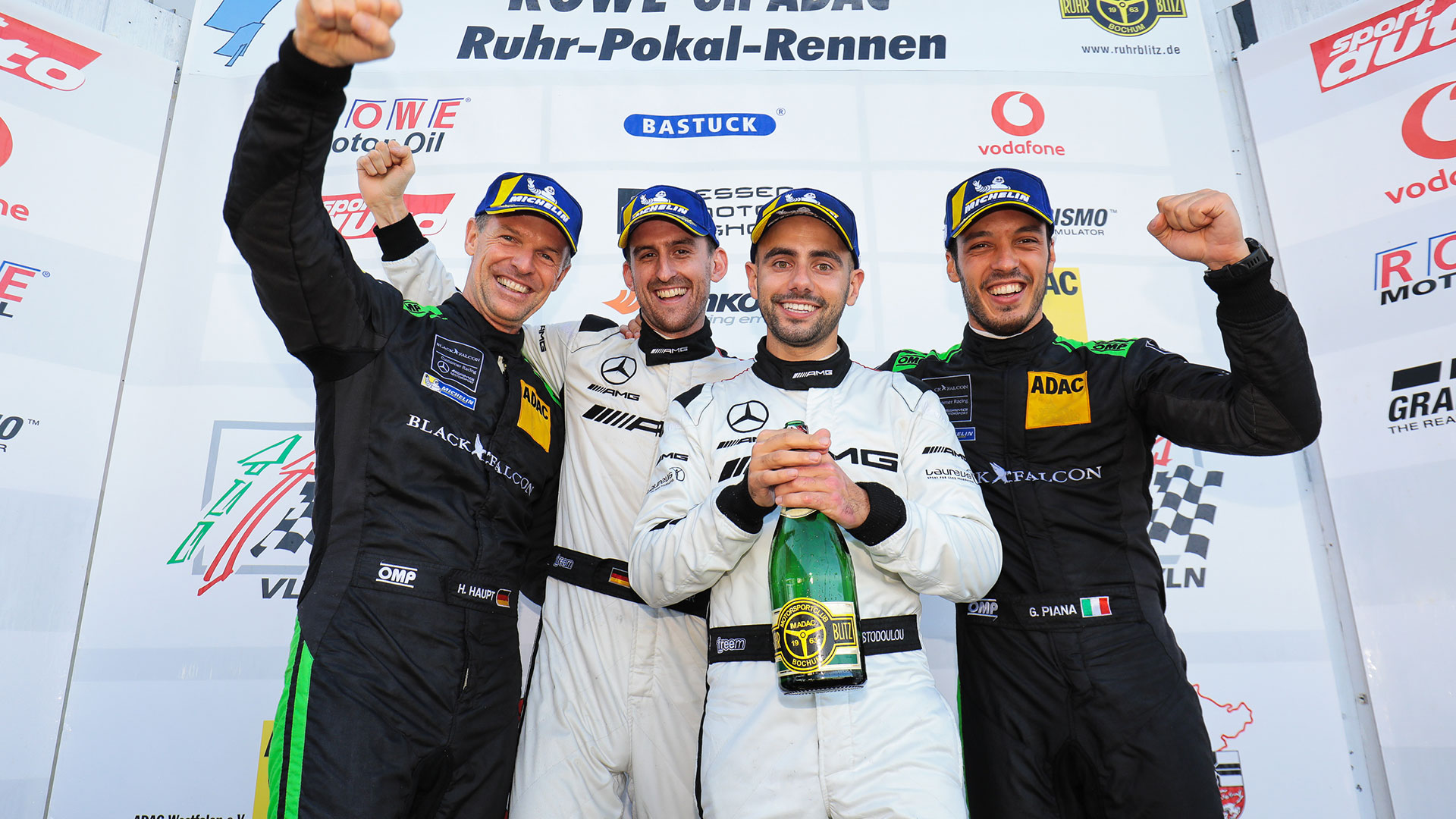 Four drivers were smiling as brightly as the sun was shining at the end of the ROWE 6 hour ADAC Ruhr-Pokal-Rennen. At the season highlight of the VLN, Hubert Haupt, Adam Christodoulou, Manuel Metzger and Gabriele Piana took the first victory in 2018 for Mercedes-AMG. The Black Falcon quartet started the race from pole position and kept on pushing throughout the complete race. After 42 laps – which comes equal to a distance of 1023.036 kilometres – they dominated their competitors with a superior advance of 1:53.266 minutes. In an exciting finish, ROWE RACING with drivers Philipp Eng and Tom Blomqvist in the BMW M6 GT3 stayed ahead of their make colleagues of Falken Motorsport. Stef Dusseldorp and Alexandre Imperatori, who finished third, missed second position by only 11.136 seconds.

“A fantastic race”, said Haupt happily. “We made no mistake in the six hours and we had a perfect car. Adam, however, formed the basis for our win with his fantastic time in the qualifying and with gaining pole position.” With a time of 7:55.723 minutes, Christodoulou scored the fastest time in the practice in perfect conditions. “That was my fastest lap ever at the Nordschleife”, said the British race driver. For Metzger, a true expert at the Nordschleife, the fact that the strong competitors were heavily chasing him was more a challenge than a reason to worry. “We know what we are capable of”, said the Swiss. “We know our strengths and weaknesses and we also know those of our rivals. In the end, we simply had the better overall package.” 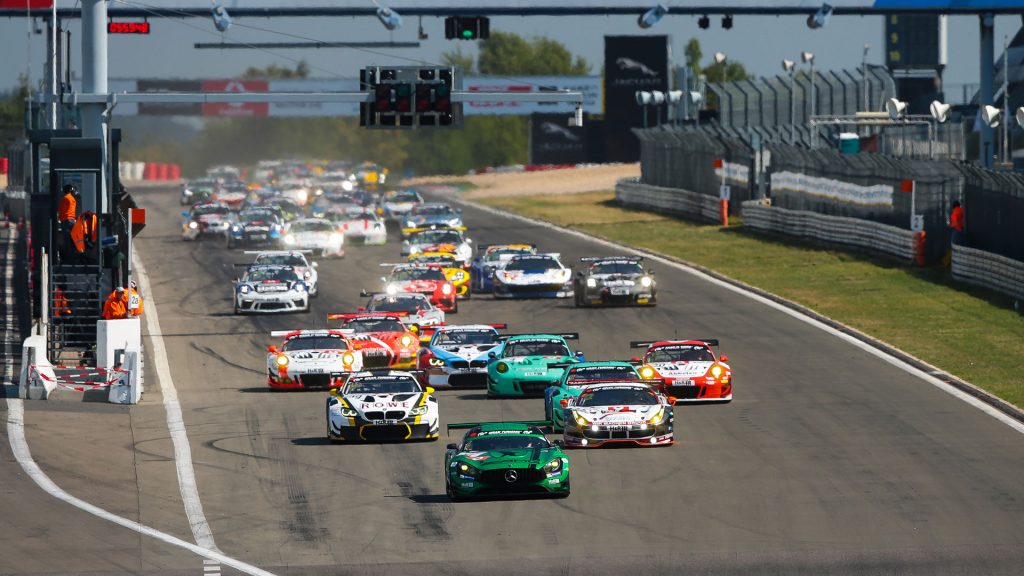 From 2012 to 2015, ROWE Racing won the 6 Hour Race four times in a row. Since 2016, ROWE Mineralölwerke, a company in the lubricant industry, has been the title sponsor of the event but they have always been running behind their “home victory”, just as this year again. “A flat tyre after 17 laps unfortunately spoiled our result today”, said Eng. “That was annoying and we quickly realised that we would no longer have a chance to win the race under normal circumstances. We are nevertheless happy with our second place.” The Austrian competed in his first race at the Nordschleife in 2018 and was delighted to be back again for racing at the Green Hell after his great successes in the DTM. “That was mega cool and I felt perfectly well right away in the BMW M6 GT3. This is however no wonder, I think I have spent more time in this cockpit than in any of my apartments.”

When the gap to the ROWE-BMW in front of them was reducing during the last half hour of the race, hopes to still catch second place began to emerge within the team of Falken Motorsport. “We went full attack and made up 13 seconds in one lap”, said Imperatori. “But then we realised quite quickly that our competitors were just administrating their advance. We are nevertheless quite happy with our third place. A good result for a great team.”

Behind the two Porsche 911 GT3 R of Falken Motorsport and Manthey-Racing, Georg Weiss, Oliver Kainz and Jochen Krumbach drove the quickest car in the GT3 premium category, the Ferrari 488 GT3 of the Wochenspiegel Team Monschau. 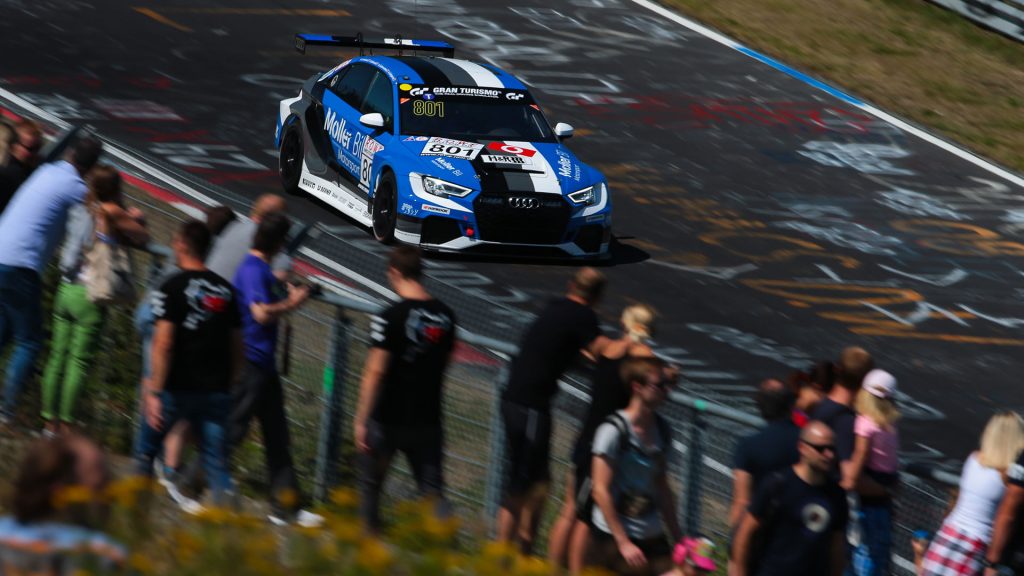 A driver for whom the ROWE 6 Hour ADAC Ruhr-Pokal-Rennen was a true home game celebrated a home victory in the TCR class. The Norwegian Håkon Schjærin, who has been a member of the traditional association in the Ruhr area in North Rhine-Westphalia since years, won the up-and-coming touring car class in an Audi RS 3 LMS together with his country fellows Alte Gulbrandsen, Kenneth Østvold and Anders Lindstad. Into second position finished the Seat Cupra TCR of FEV-Racing ahead of one of the two Opel Astra TCR of Lubner Motorsport.

The top two teams in the VLN drivers’ championship once again showed superior performances. Norbert Fischer, Christian Konnerth and Daniel Zils in the V4-BMW of the Pixum Team Adrenalin Motorsport won their class just as Mike Jäger, Stephan Köhler and Christian Kohlhaas in the SP8-Ferrari of racing one. Their gap to the leaders, however, has now increased from 0.17 points to 0.38 points as class V5 figured ten cars whereas only seven cars were at the start in class SP8.

The Pixum Team Adrenalin Motorsport was moreover successful in the class with the most participants. Christopher Rink, Danny Brink and Philipp Leisen dominated not less than 24 competitors in the class of VLN production cars up to 2,500 cc cubic capacity. Into second place finished Manheller Racing. The top-three were completed by the Team Securtal Sorg Rennsport.

The sixth round of the VLN endurance championship Nürburgring will already take place in two weeks. The second half of the 2018 season will start on 1st of September. The 41st RCM DMV Grenzlandrennen organised by the Rheydter Club für Motorsport will run over the traditional distance of four hours. 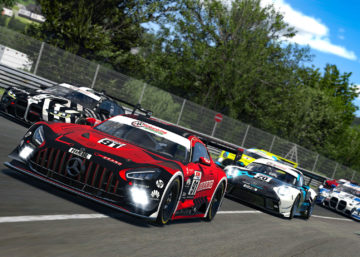