Father and son Brundle race together through the Green Hell

Father and son Brundle race together through the Green Helladmin27. September 20191. October 2019 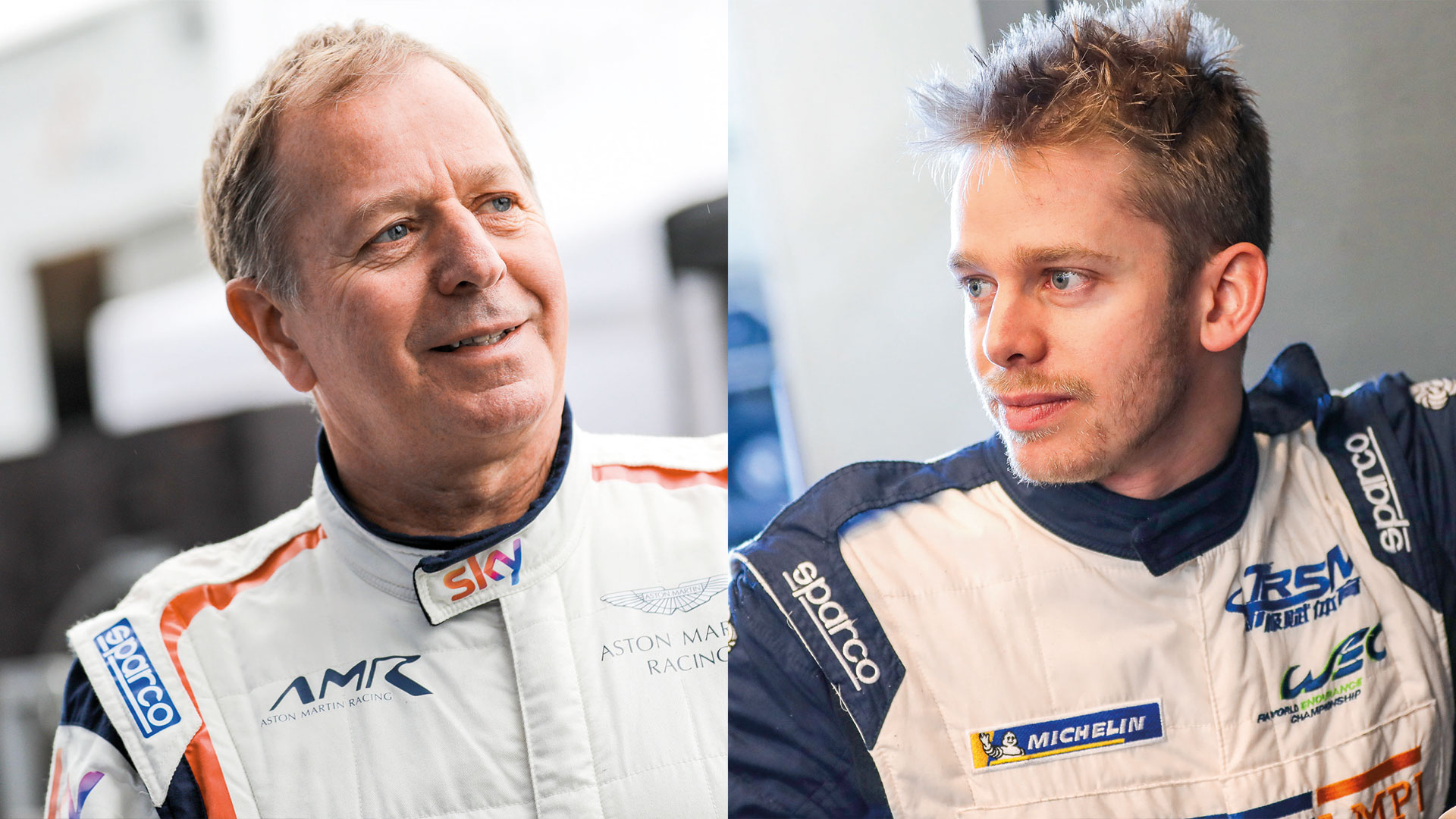 In the beginning it was just an idea. Finally, it has come true. Father and son Brundle will share a cockpit at the seventh round of the VLN endurance championship. Martin Brundle has competed in 158 Formula One events. These days the 60-years old veteran is the presenter of the top class in automobile sport for the British Sky Sports channel. Meanwhile his son Alex is following in his father’s footsteps on the race tracks. They will now be joined in one and the same team for the 59th ADAC Reinoldus-Langstreckenrennen. Their car for the chase around the legendary Nordschleife will be an Aston Martin Vantage AMR GT4 of the Team AMR Performance Centre.

“It seems to me like the successful implementation of a very exciting plan. The idea was born last year when Alex earned his Nordschleife Permit. This motivated me to do the same. Thus, I gave myself the Permit as a gift for my 60thanniversary. As I am a brand ambassador for Aston Martin, the choice of the race car was quite simple and logical. The surrounding matches, too, the Nürburgring is really impressive”, says Martin Brundle, who finished right away in third place with his Aston Martin Vantage V8 in class SP8 at the season opener of this biggest grassroots series in Europe. After his top three result at the 65th ADAC Westfalenfahrt, he even finished first in his class two rounds later, at the 61st ADAC ACAS H&R Cup, together with his team mates Alexander West and Chris Goodwin.. 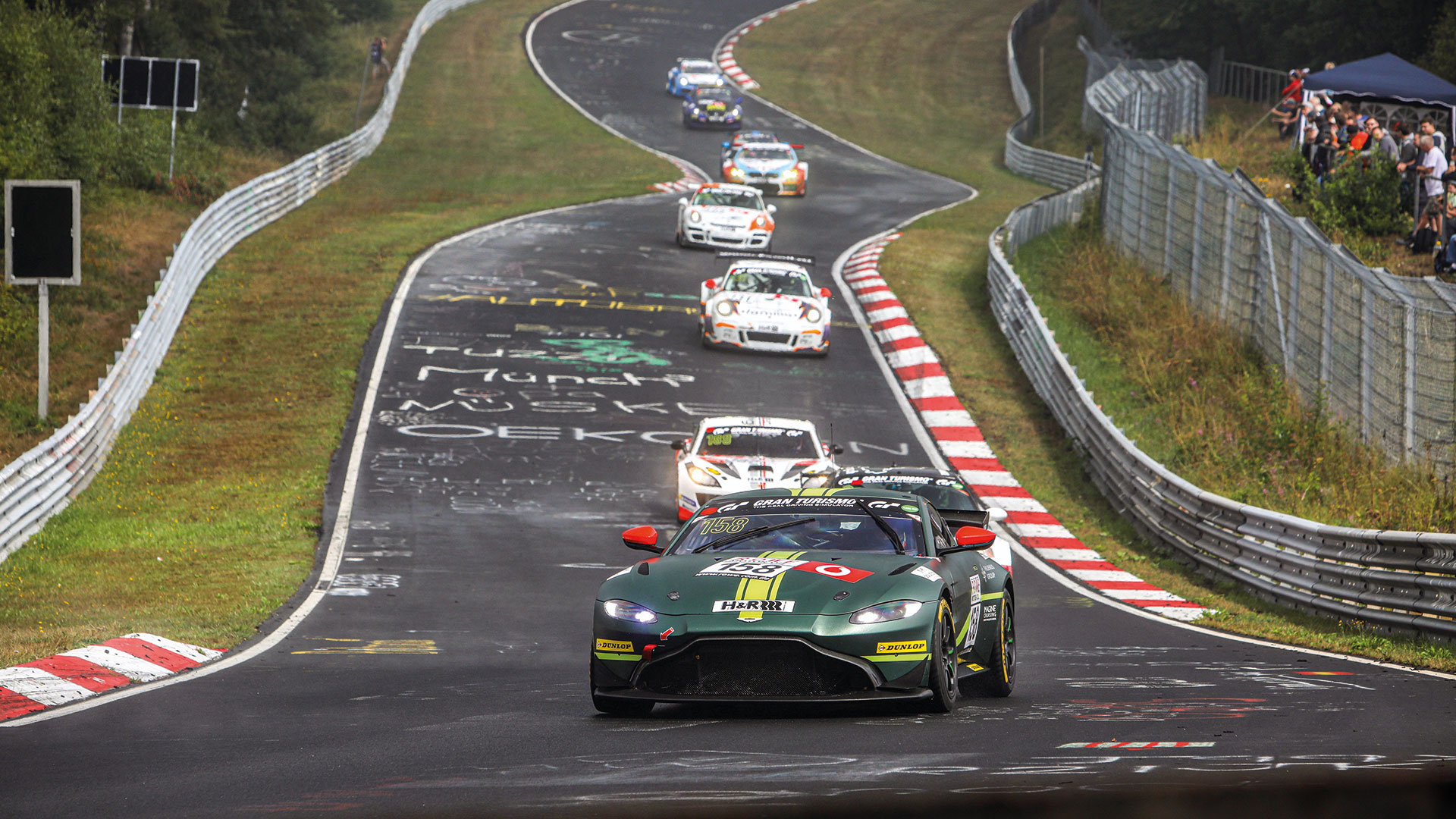 „The last joint race dates back to 2012 in Le Mans

“Even though I have so far done only two races at the Nordschleife, I am an absolute fan of the circuit, whether in dry or in wet conditions. I may change my mind once I will be involved in an accident. It is really something special to share an Aston Martin works car with my son at this track. Many of my driver colleagues are jealous of us”, says Martin Brundle. His son Alex made his debut at the Nordschleife in 2018 at VLN8. The 29-years old took fourth position with a Porsche Cayman in the production car class V5 at the 50th ADAC Barbarossapreis. The British race driver who was born in King’s Lynn England became already third afterwards at the 43rd DMV Münsterlandpokal.

The last time that the duo Brundle/Brundle could be seen racing together was back in 2012 at the 24 Hours of Le Mans. Daddy Brundle remembers very well their joint performance at that time at this famous French circuit. “For Alex, that was his first participation in this prestigious race. And for me, it represented the ultimate experience to share the car with him. I was certainly a little scared when I assisted him in fastening his seat belts and when I observe him, being only 20 years old, leaving the pits in the night to take up the challenge at this fast circuit. Our performances were similar in terms of speed, but my driving techniques are more traditional compared to his data-driven modern way to control a race car. I have more racing experience with all kinds of cars and in different track conditions. But Alex learns very quickly. He is more familiar with the new driving techniques and he is up-to-date as regards the data analysis. I am now driving for fun and he is the professional.”

Together with his country fellows Jamie Chadwick and Peter Care Blockley, Alex Brundle won class SP8T at this year’s ADAC Total 24h Race. “That makes it even more exciting. We will now share this winning car as father and son. I have so far only driven the legendary Permit car called Kermit. As you can imagine, we’ve already had in-depth discussions about the faster car, the perfect racing line, the track conditions, the traffic management and other challenges.”

Whilst Alex, who has amongst others already taken two positions on the podium at the 24 Hours of Le Mans, is mainly competing in endurance races, his father completed most of his kilometres of races in Formula cars. So ‘Like Father Like Son’ is not quite true in this case. Martin Brundle highlights the differences in the driving style: “He uses left-foot braking which I am not able to do due to an injury during my time in Formula One, he also takes more speed into the apex of the corners. I rather tent to let it flow a little. I am less aggressive as regards the steering. New against old.”

There is not much time left for the globetrotters to get prepared for VLN7. Martin Brundle will arrive on Wednesday directly from the Singapore Formula 1 race. Alex will join him at the circuit one day later. “Alex had a busy season with prototypes and GT races. We will actually start to concentrate onto the race once we have arrived. I will do some film footage with SkyF1 on Wednesday before the race and make a report about the VLN. So I will be quite busy. Alex will then arrive on the Thursday. I guess he will be very quick behind the wheel. We will also have some tests on Friday, but they are mainly designed for me as he knows the car already pretty well.”