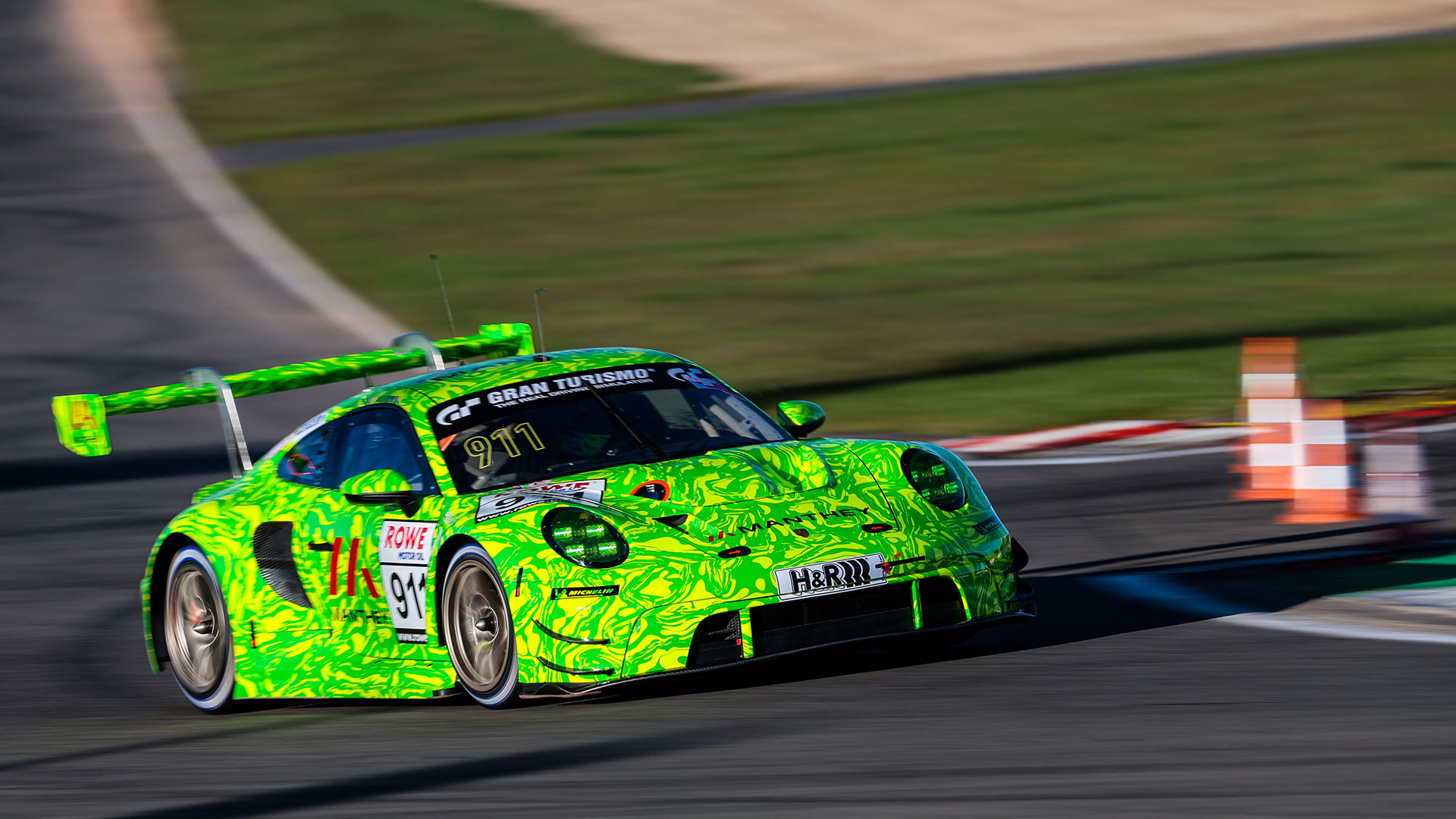 Curtain up and stage set. The 54th ZEWOTHERM ADAC Barbarossapreis will present a world premiere that will make the hearts of NLS fans beat faster: The brand new Porsche 911 GT3 R will make its debut in racing and it will be driven by Julien Andlauer and Frédéric Makowiecki this coming Saturday (8.10.). The film set is the Nürburgring-Nordschleife and in addition to the protagonist, there will be 131 other main characters. The chase through the Green Hell will last four hours. Tickets for the sixth race of the Nürburgring Endurance Series are available from 18 Euros (children up to 14 years free) online at www.vln.de/tickets and on site at the box offices. The entire race day will be streamed live on vln.de, bringing the unique atmosphere of the Nordschleife championship to your home screen.

“The new 911 GT3 R follows in big footsteps,” says Michael Dreiser, Head of Sales at Porsche Motorsport.” In four seasons since 2019, its predecessor has won just about everything that was to be won in the GT3 scene.” The challenger is based on the current 992 generation and can show its potential from the start of the 2023 season. Development began back in 2019 and is now culminating in its first deployment under real racing conditions on the most beautiful and challenging race track in the world. The main focus was placed on an improved driveability for professionals and so-called gentleman drivers as well as on greater power reserves depending on its classification according to the ‘Balance of Performance’ (BoP). Emphasis in the development process was also placed on a simplified handling of the race car for the teams and optimised running costs. 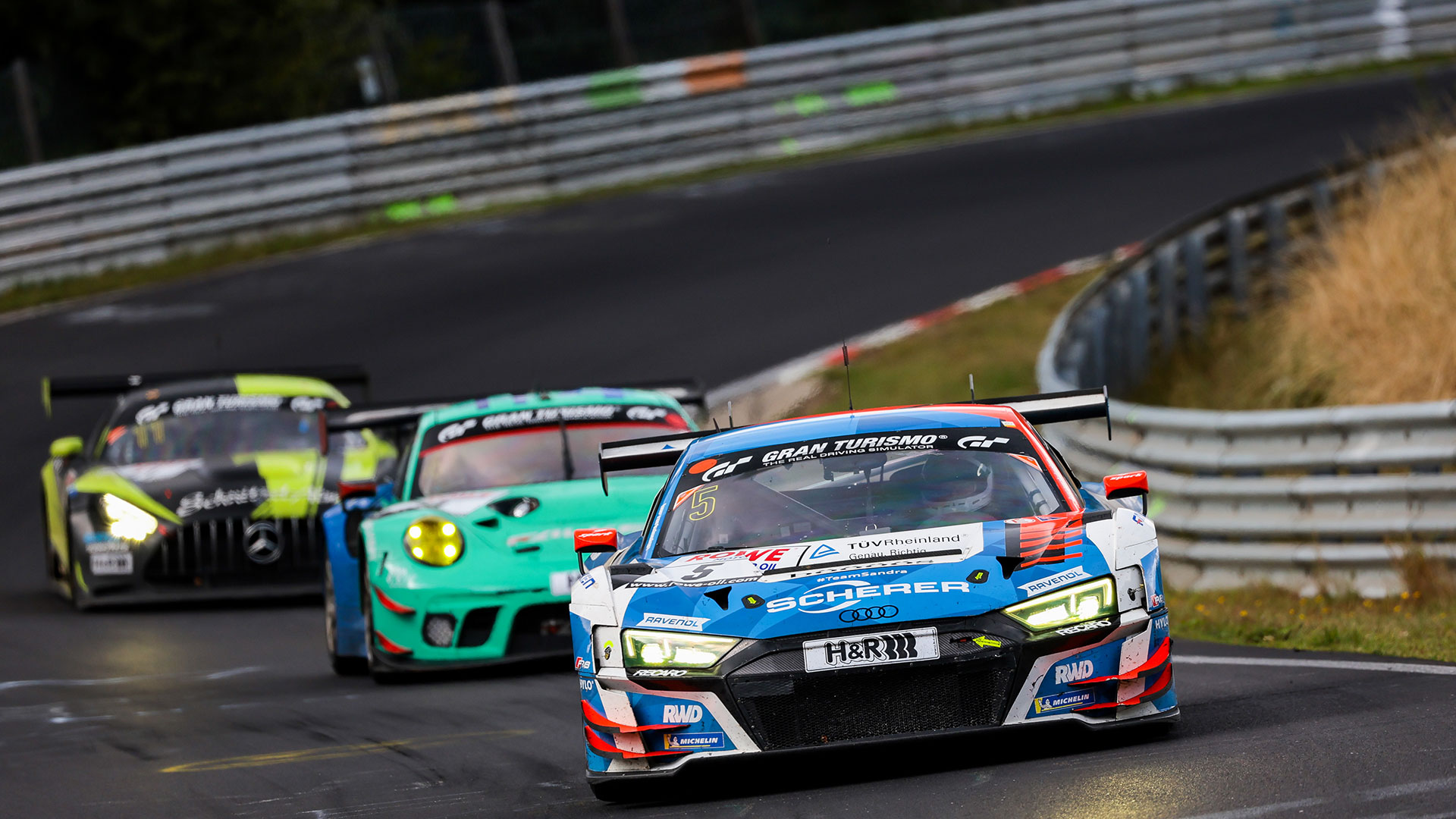 The new 911 will start in the SP-X class because it does not yet have the final homologation for the GT3 class. Nevertheless, it will play in the same league as the 15 cars that have entered for the SP9 class. Its direct rivals include the two Audi R8 LMS GT3 EVO II cars of the Scherer Sport Team Phoenix, which are currently fighting for the NLS Speed Trophy crown. In the #16 car, Luca Engstler will celebrate his GT3 debut on the Nordschleife alongside Jakub “Kuba” Giermaziak and Kim Luis Schramm. 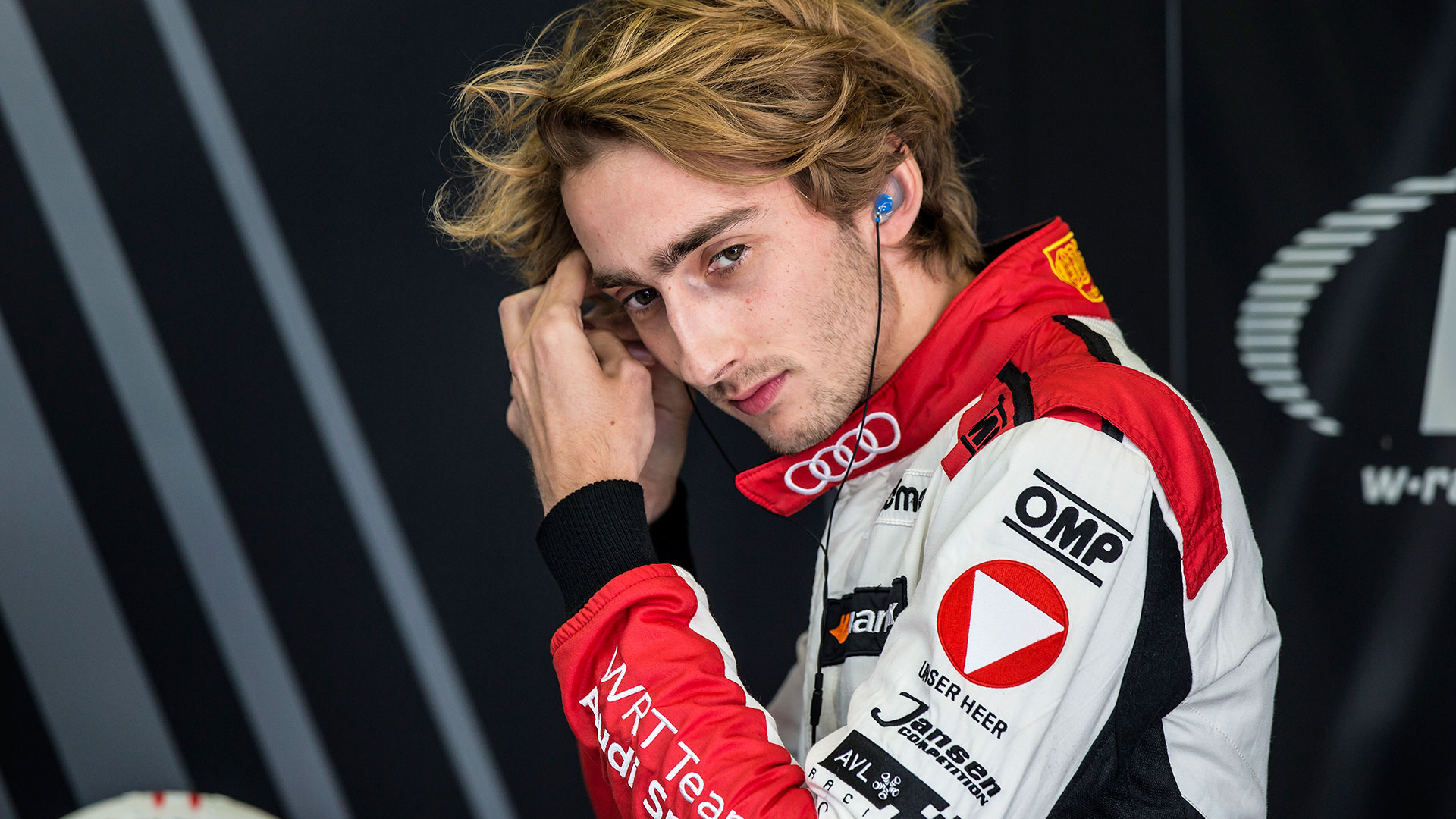 Three other prominent participants are also striving for this goal in the medium term. Three-time Le Mans winner and ex-Formula 1 driver Kazuki Nakajima will tackle the race together with Heiko Tönges in the Toyota GT86 of TOYOTA GAZOO Racing Germany powered by Ring Racing. Ferdinand Habsburg, great-grandson of Charles I of Austria and ex-DTM driver, will start together with Benjamin Goethe in the BMW 330i of the Adrenalin Motorsport Team Alzner Automotive to complete his mandatory laps for obtaining the ‘big’ Nordschleife permit. Hugo Sasse is also at the start in terms of the ‘permit’. Together with Gabriela Jílková, Niek Hommerson and Ivan Peklin, the ADAC GT4 Germany championship leader will make a double start in two PROsport-Racing Porsche Caymans in the classes V5 and VT3.

Interesting side stories to provide entertainment

In the 2022 season they were rivals, now they are making common cause. We are talking about Laurin Heinrich and Larry ten Voorde, who are competing in the alternative fuel class together with Georg Kiefer in the Porsche Cayman GT4 CS from Four Motors Bioconcept Car. In the Carrera Cup, the two were engaged in a tough battle for the championship, which Heinrich most recently decided in his favour at the Sachsenring. 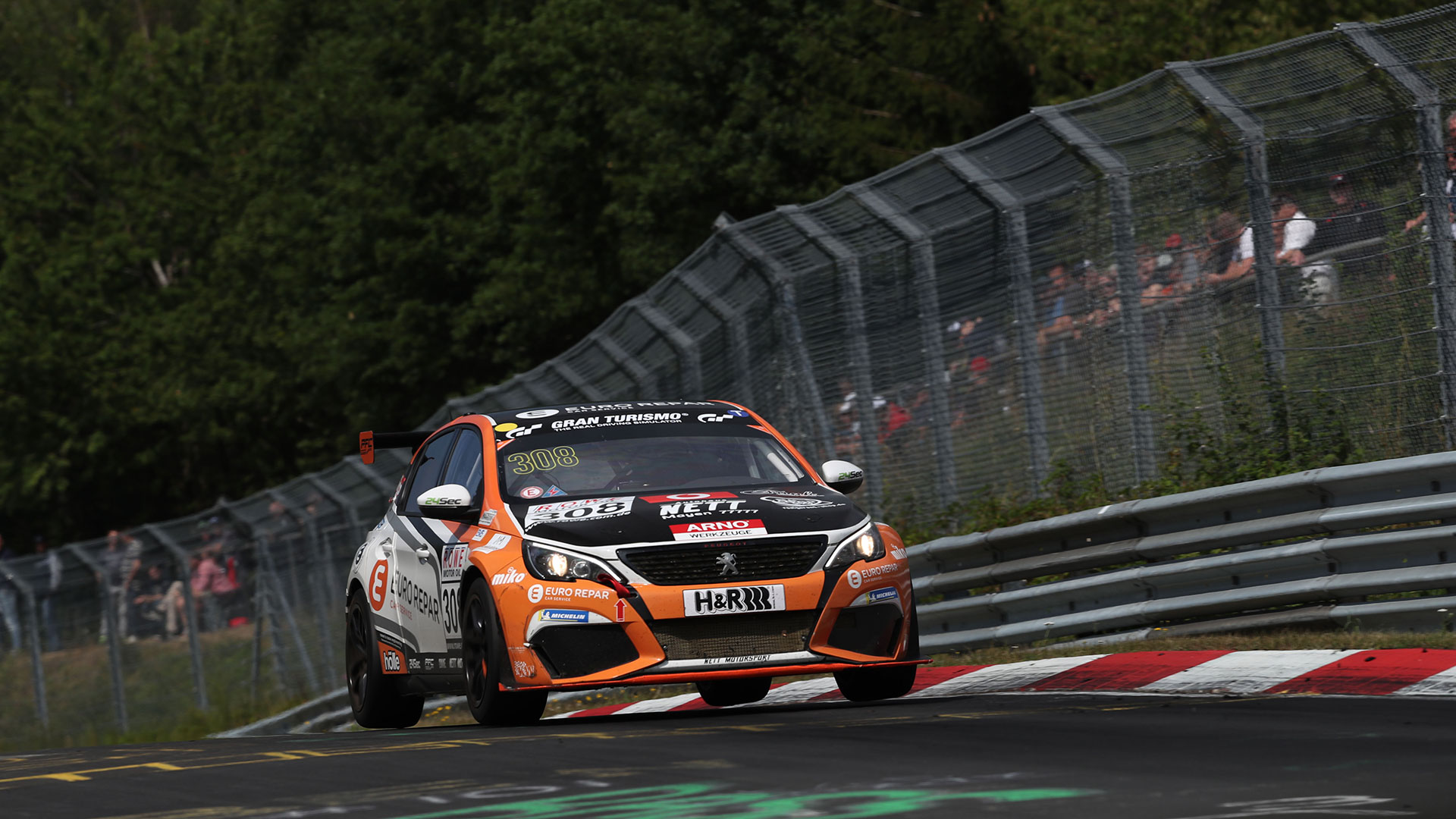 The TCR class will experience a revival at NLS7. Five cars from four different manufacturers will be represented. After a two-year break, Jürgen and Joachim Nett will celebrate their comeback with their Peugeot 308 Racing Cup TCR. The duo will be facing the two strong Audi RS3 LMS from Møller Bil Motorsport with the three experienced Norwegians Håkon Schjærin, Kenneth Østvold and Anders Lindstad and from Scherer Sport with the drivers Andreas Gülden, Mathias Schläppi and Michael Bohrer. Sebastian Schemmann, Florian Haller and Daniel Fink will be racing a Volkswagen Golf GTI TCR for MSC Emstal, while Jens Wulf, Roger Vögeli and Meik Utsch will bring a Seat Cupra Leon Cup Racer/TCR to the start.

In addition to the SP9 with 15 cars, the two classes VT2 with front- as well as rear- and all-wheel drive will also feature an impressive number of cars with ten and eleven entries, respectively, and the drivers will be able to score full points under the NLS scoring system. The two classes of the Porsche Endurance Trophy Nürburgring are also strong with 13 (CUP2) and 15 (CUP3) cars. 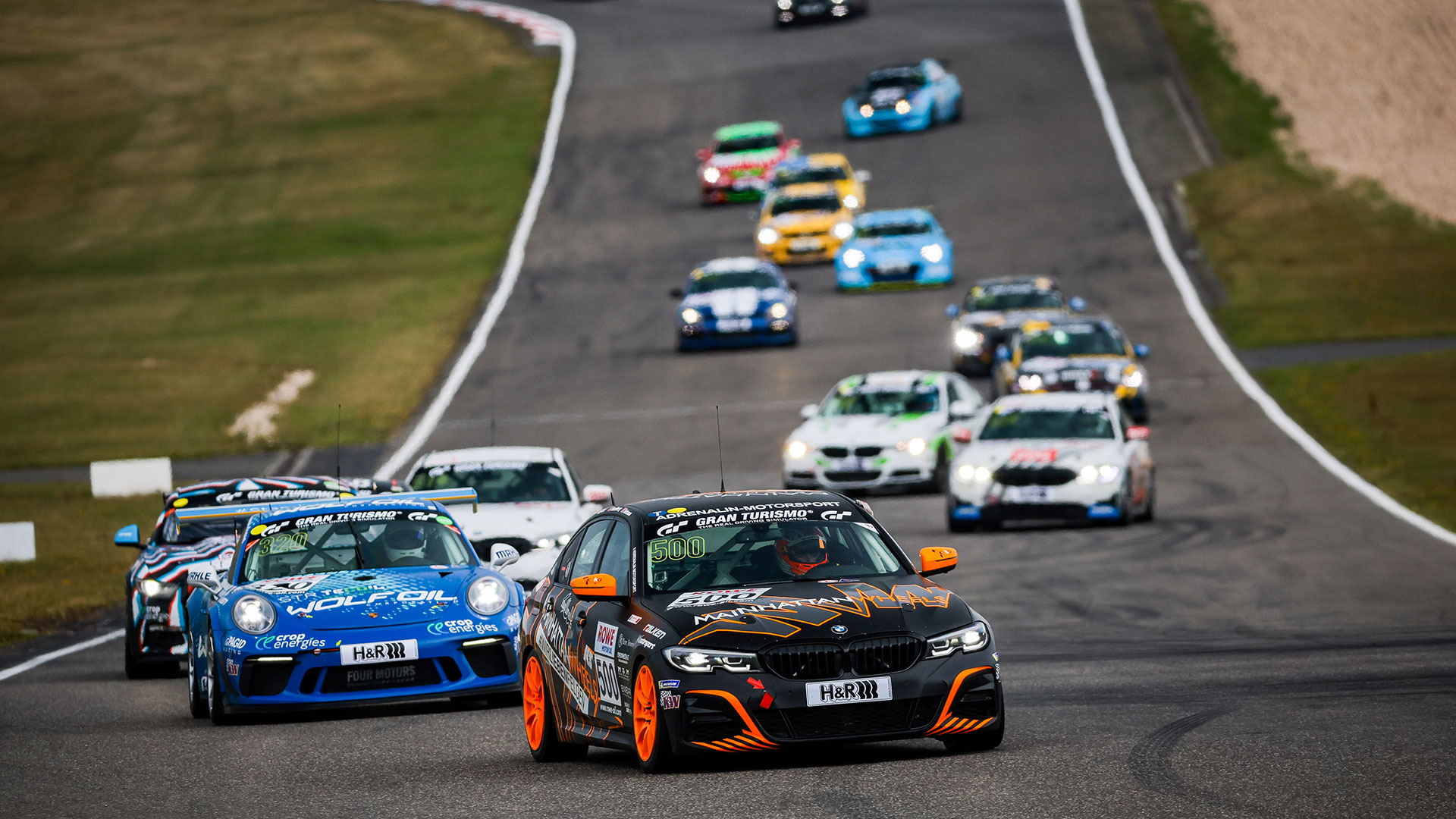 In the championship, Daniel Zils, Oskar Sandberg and Sindre Setsaas are in the lead with the BMW 330i of the Adrenalin Motorsport Team Alzner Automotive. The trio has a 17-points lead over second-placed Mauro Calamia, Ivan Jacoma and Kai Riemer who drive a Porsche 718 Cayman GT4 CS (982) in CUP3 for Schmickler Performance powered by Ravenol and, on their part, have an advantage of eleven points over Daniel Blickle and Tim Scheerbarth in the Porsche 911 GT3 Cup of AVIA W&S Motorsport.