Fan festival at the ring, dramatic start and exciting first part of the race 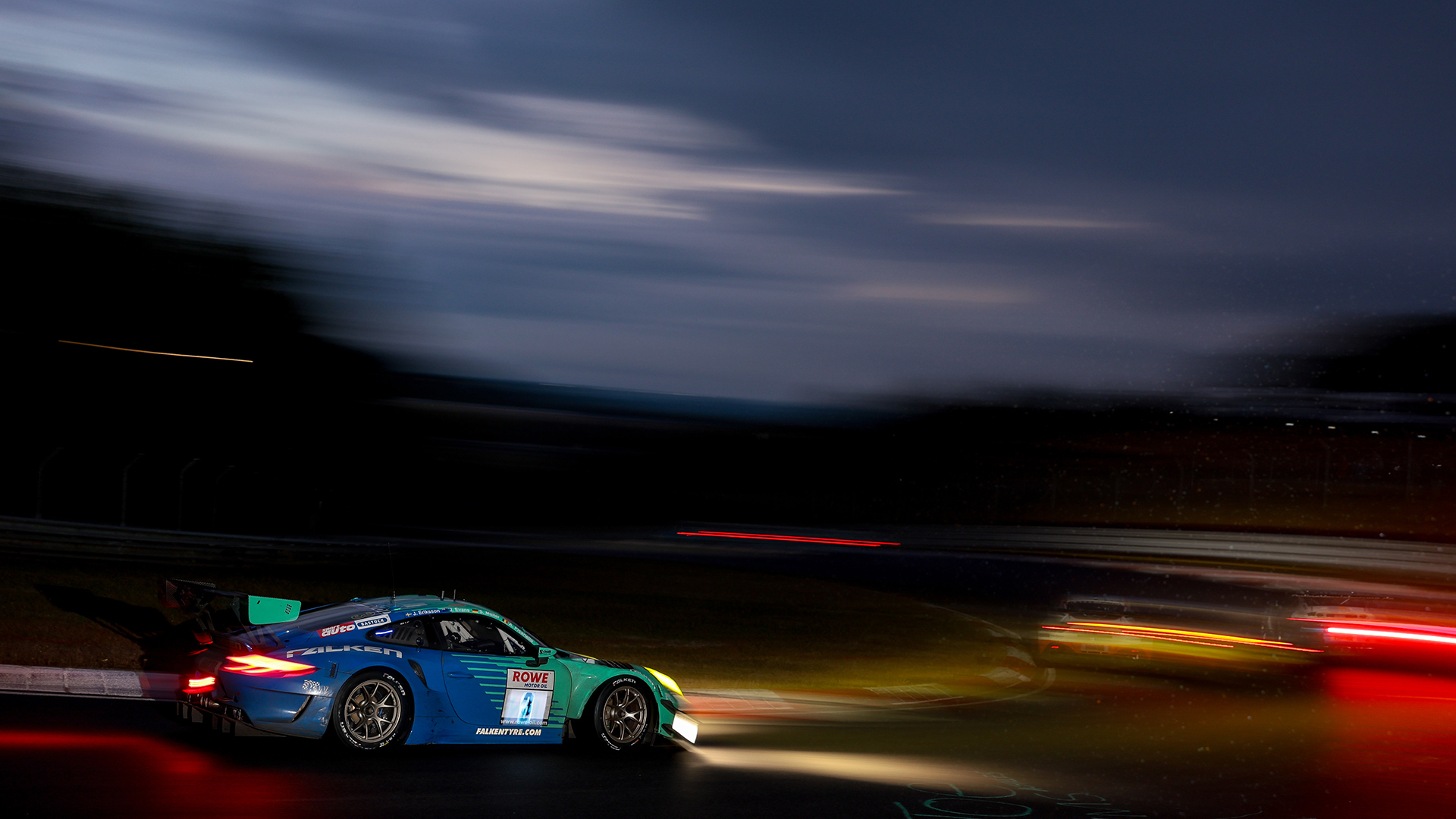 The Nürburgring Endurance Series made a brilliant start to the 12h Nürburgring weekend. With the first race section scheduled over a six-hour race distance, the premiere of the new season highlight went into the overnight break on Saturday evening. Joel Eriksson, Jaxon Evans, Sven Müller and Alessio Picariello in the #3 Falken Motorsports Porsche 911 GT3 R are in the lead after half the distance. The quartet kept a cool head in changeable weather conditions and finished 59.932 seconds ahead of Björn Grossmann and Luca Ludwig in the #26 Ferrari 488 GT3 of the team octane 126. Kim Luis Schramm and Jakub “Kuba” Giermaziak took the chequered flag in third position on the first of two race days in the Eifel.

Saturday’s 12h Nürburgring was nothing for the faint-hearted. The qualifying already became a thriller in wet conditions. On the track, which dried out towards the end, Giermaziak set the fastest time in 8:19.189 minutes, closely followed by the Walkenhorst-BMW #34 with 1.530 seconds behind. The surprise followed in third place: Gabriele Piana drove the Porsche 911 GT3 Cup from Black Falcon on third grid position. Never before has a Cup 2 car been able to qualify for a grid position in the top three. In the running of the first part of the race, showers again and again added spice to the action and challenged man and material likewise. 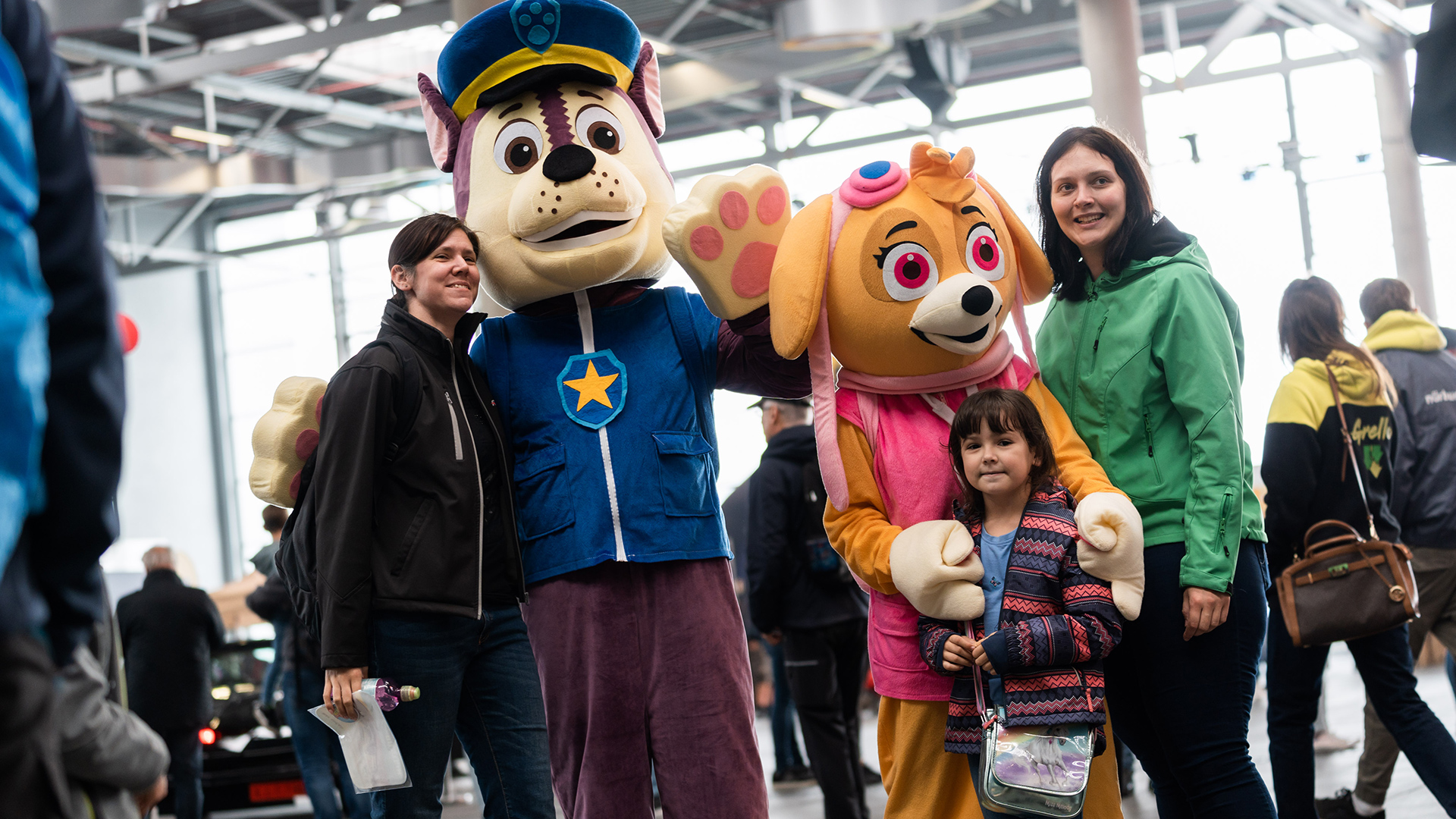 Over the course of the six hours, the lead changed no less than seven times. The Porsche 911 GT3 Cup of G-Tech Competition, the Ferrari 488 GT3 of octane 126, the Audi R8 LMS GT3 of Scherer Sport Team Phoenix and the currently leading Falken Porsche recorded kilometres in the lead.

“We are happy that Sven finished in first place. But the score will not be settled until tomorrow,” says Felix Stiller, vehicle engineer of the #3 Falken Porsche. “We made the most of it, brought the car home in one piece, always had the right tyres on and took the right decisions.” 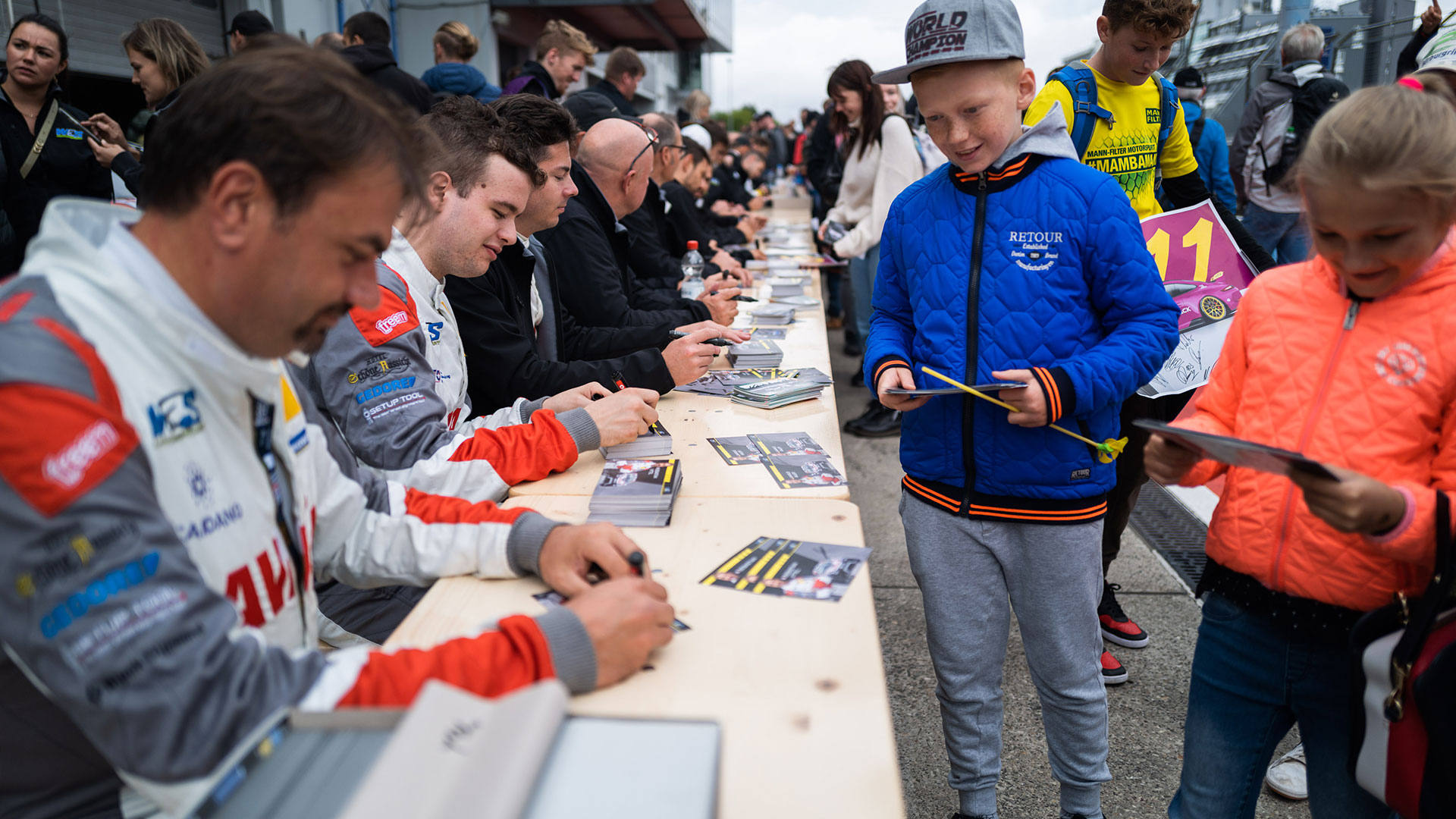 In addition to the action on the race track, the comprehensive supporting programme thrilled the fans at the Nürburgring: the legendary K.I.T.T. vehicle was just about as popular a photo motif as the stars from Paw Patrol. In the paddocks and on the track, the Falken-Drifters caused as much of a sensation as the Red Bull DJ-Mobile. The ring°boulevard was a popular meeting point and the fans were delighted about the autograph session with all the participants during the pitwalk. There was moreover a good and exuberant atmosphere at the Nordschleife where camping was possible for the first time at an NLS race.

The cars will remain in the parc fermé on the start and finish straight until the second part of the race on Sunday. The restart will take place tomorrow at 10:00 hrs in the same intervals in which the cars were waved off today. Tickets for the second day of the race are available at vln.de/tickets. The second race day of the 12h Nürburgring will be livestreamed at vln.de from 09:15. 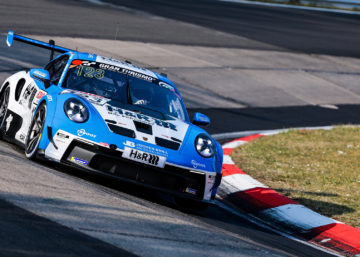 The premiere of the 12h Nürburgring from 9 to 11 September will be a new highlight in the calendar of the Nürburgring Endurance Series. Plenty of entertainment for spectators on... 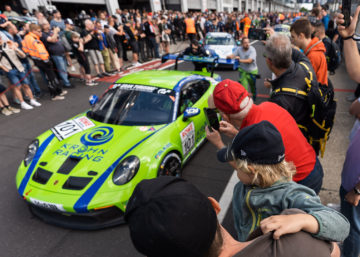 A major event is casting its shadow ahead: the premiere of the 12h Nürburgring. The new season highlight of the Nürburgring Endurance Series to be held from 9 to 11...