Great anticipation for the season opener of the Nürburgring endurance series

Great anticipation for the season opener of the Nürburgring endurance seriesadmin23. March 202216. May 2022 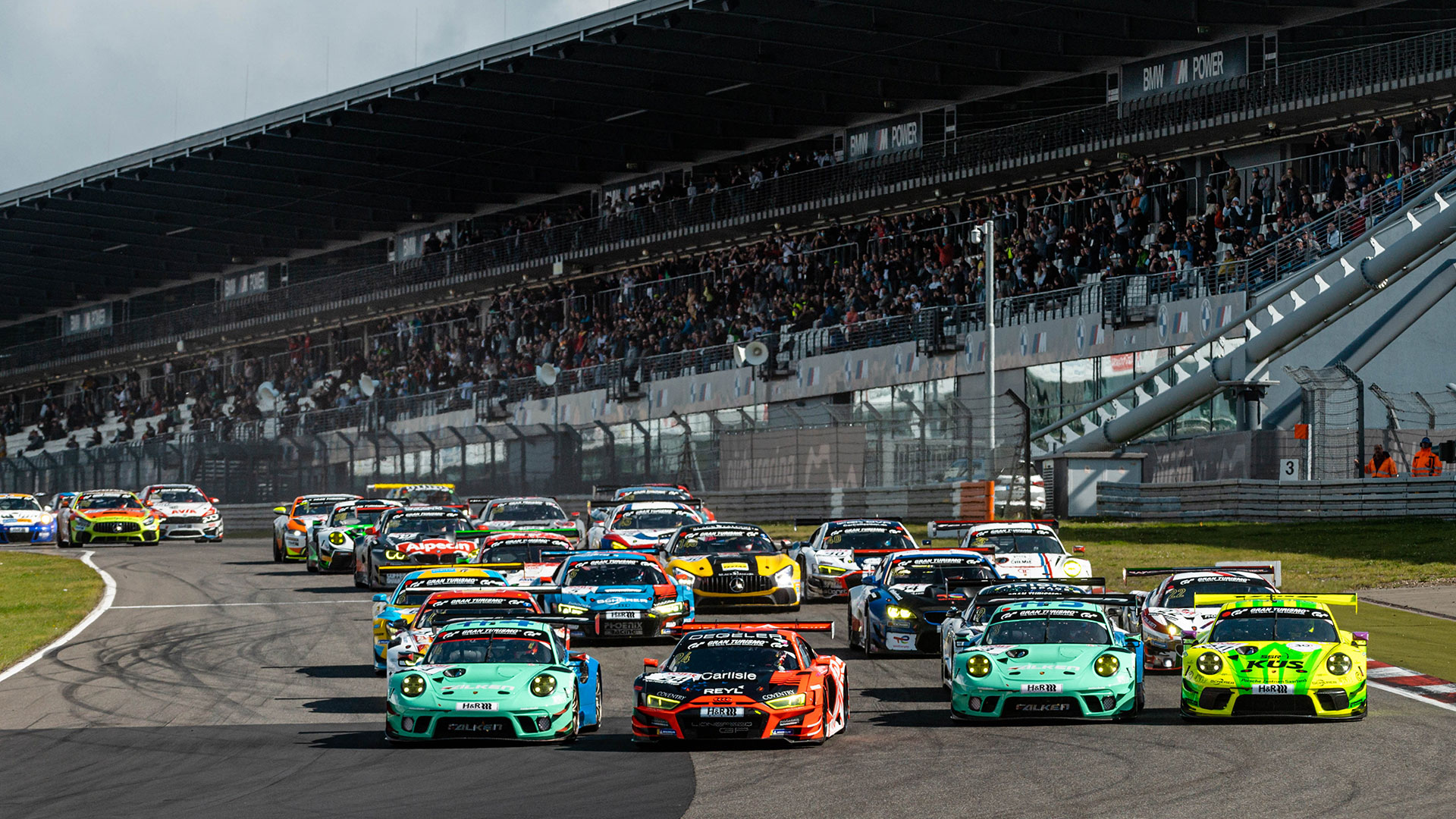 In the Nürburgring Endurance Series (NLS), the 46th season in the Green Hell begins next Saturday (26.03.) with the 67th ADAC Westfalenfahrt. The championship at the Nordschleife has not lost any of its appeal. There is a lot of anticipation in many respects. A number of new GT3 teams are prepared to impress in the Green Hell and with the Porsche Endurance Trophy Nürburgring, a new one-make cup will be at the start. A glance at the entry list promises that this will be a hot opening race. The starting lights for the 4-hour endurance race will switch to green at 12 noon on Saturday.

Traditionally and in large numbers, the GT3 cars in particular will be the center of interest in the first third of the season. They dictate the action at the front and cause goosebumps to the fans on the grandstands and in the spectator areas around the Nürburgring Nordschleife with great motorsport, a great sound backdrop and their looks. In this respect, NLS1 can come up to provide some delights and highlights with the cars and the high-profile drivers.

PROsport Racing, for example, is entering an Aston Martin Vantage GT3 for the entire NLS season. The British luxury car will be driven by the Belgians Maxime Dumarey, Jean Glorieux and Nico Verdonck. Schnitzelalm Racing will make its debut in SP9, running a Mercedes-AMG GT3 for the first time. “We are as hot as fire. And we are mega proud that we can now also compete in the top class. With Kenneth Heyer we have a driver who is very experienced at the wheel, but with whom you can also have a lot of fun. Marek Böckmann and Johannes Stengel complete the top-class crew. We are looking forward to finally welcoming the fans back to the paddocks,” says team principal Thomas Angerer. Also driving with the star on their bonnets are Hubert Haupt, Lucas Auer and Phil Ellis from Haupt Racing Team Bilstein as well as Luca Stolz, Raffaele Marciello and Manuel Metzger from Mercedes-AMG Team HRT Bilstein. 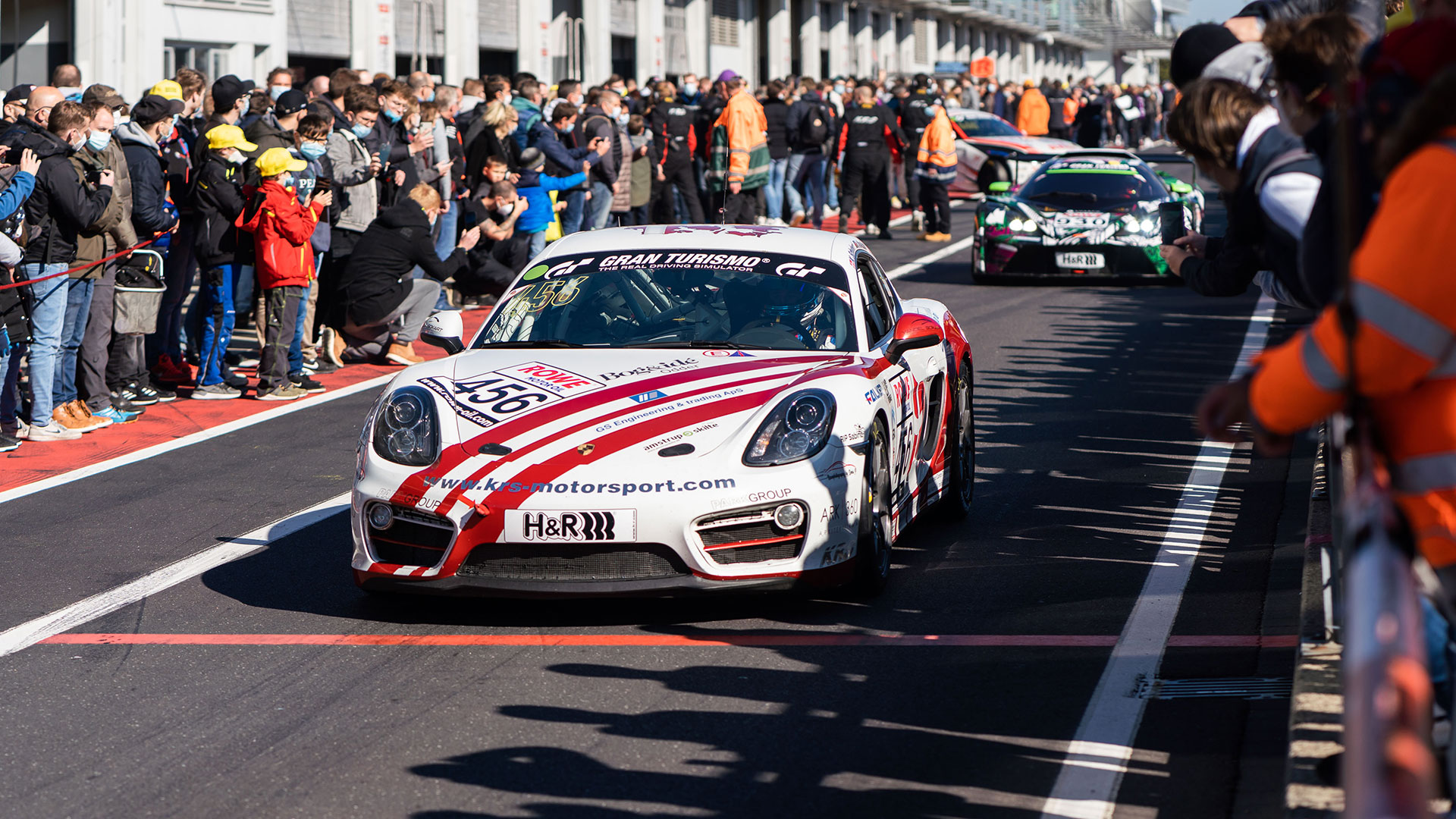 In 2022, Scherer Sport Team Phoenix will bring the Audi R8 LMS GT3 evo II on the grid. The new development stage comes with even more aerodynamic effects. The drivers Vincent Kolb and Frank Stippler are true Nordschleife aces. Last but not least, BMW will be running its new flagship in the form of the M4 GT3, and with a whole armada of drivers. Schubert Motorsport is relying on Alexander Sims, Jesse Krohn and Niklas Krütten, while Walkenhorst Motorsport is sending two new BMWs into the race. Jörg Müller, Mario von Bohlen and Ben Tuck as well as Christian Krognes, Andy Soucek and Sami-Matti Trogen will take turns behind the wheels of the cars. The BMW Junior Team with Daniel Harper, Max Hesse and Neil Verhagen, which has recently been very successful in the Eifel, should not be missing from the starting line-up.

Only Porsche is still missing from the large number of GT3 cars on the grid. For Falken Motorsport, Martin Ragginger and Lars Kern as well as Patrick Pilet and Marco Seefried each drive a Porsche 911 GT3 R. The Grello Porsche from Manthey Racing with Michael Christensen, Frederic Makowiecki and Laurens Vanthoor adds a touch of colour. Axcil Jefferies and Michele Di Martino in the Lamborghini Huracán GT3 from Konrad Motorsport provide the exotic touch. 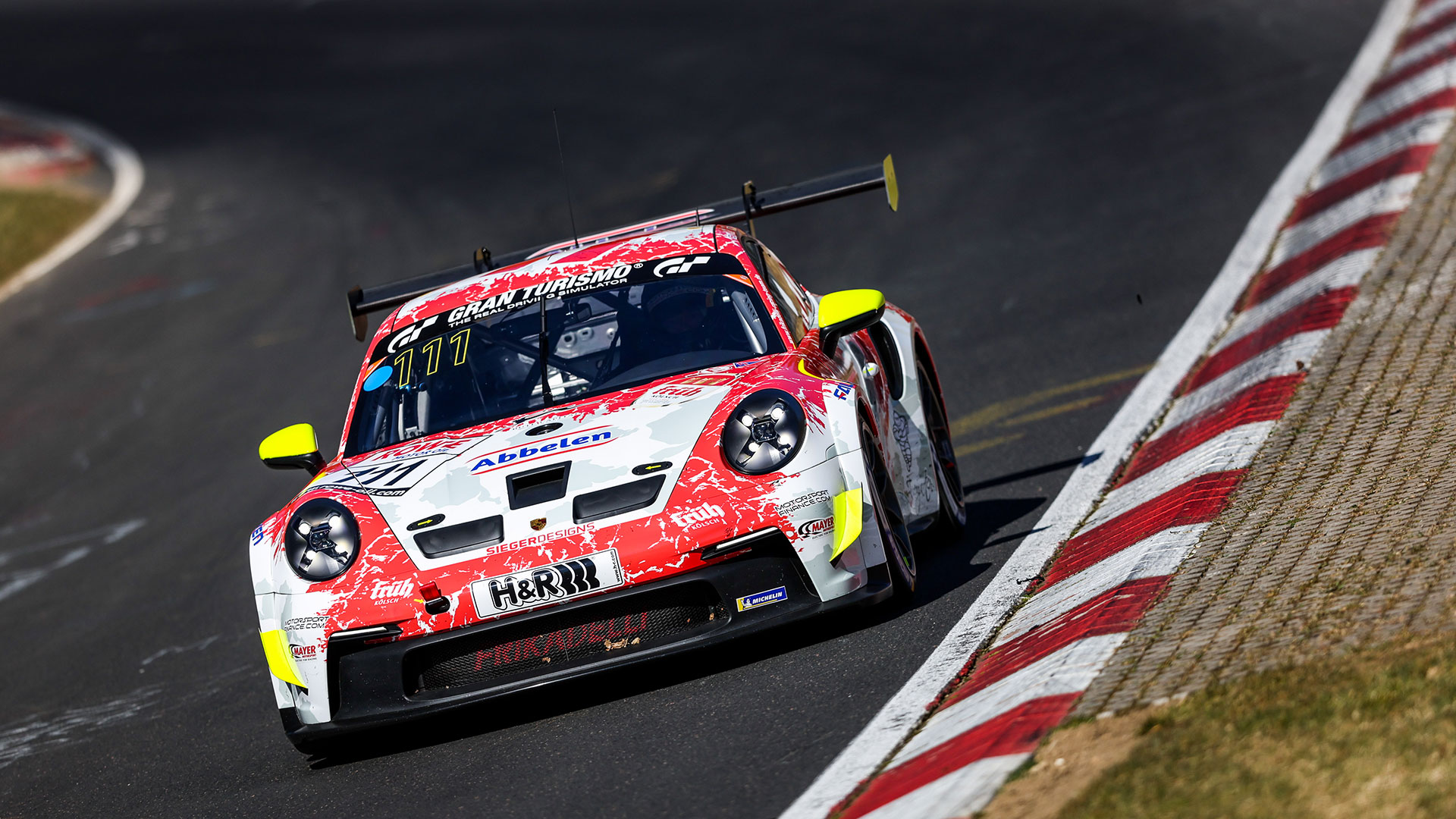 Cup2 celebrates premiere with a strong field of participants

KKrämer Racing, for example, is concentrating entirely on the new one-make cup. In Cup 2, team principal Karsten Krämer, Christopher Brück and Moritz Kranz form the spearhead of the racing team from Bergisch Gladbach. They face strong competition in the form of Tim Scheerbarth, Ralf Schall and Daniel Blickle in the Avia W&S Motorsport Porsche, but Sebastian Asch, Nico Otto and Ben Bünnagel from FK Performance Motorsport are also to be watched out for.

Laurin Heinrich is switching from the DNLS to the NLS. The freshly crowned Porsche Junior will be racing in NLS 1 in the AT class for the Four Motors Bioncocept car, using a Porsche Cayman GT4 CS alongside Ayhancan Güven. 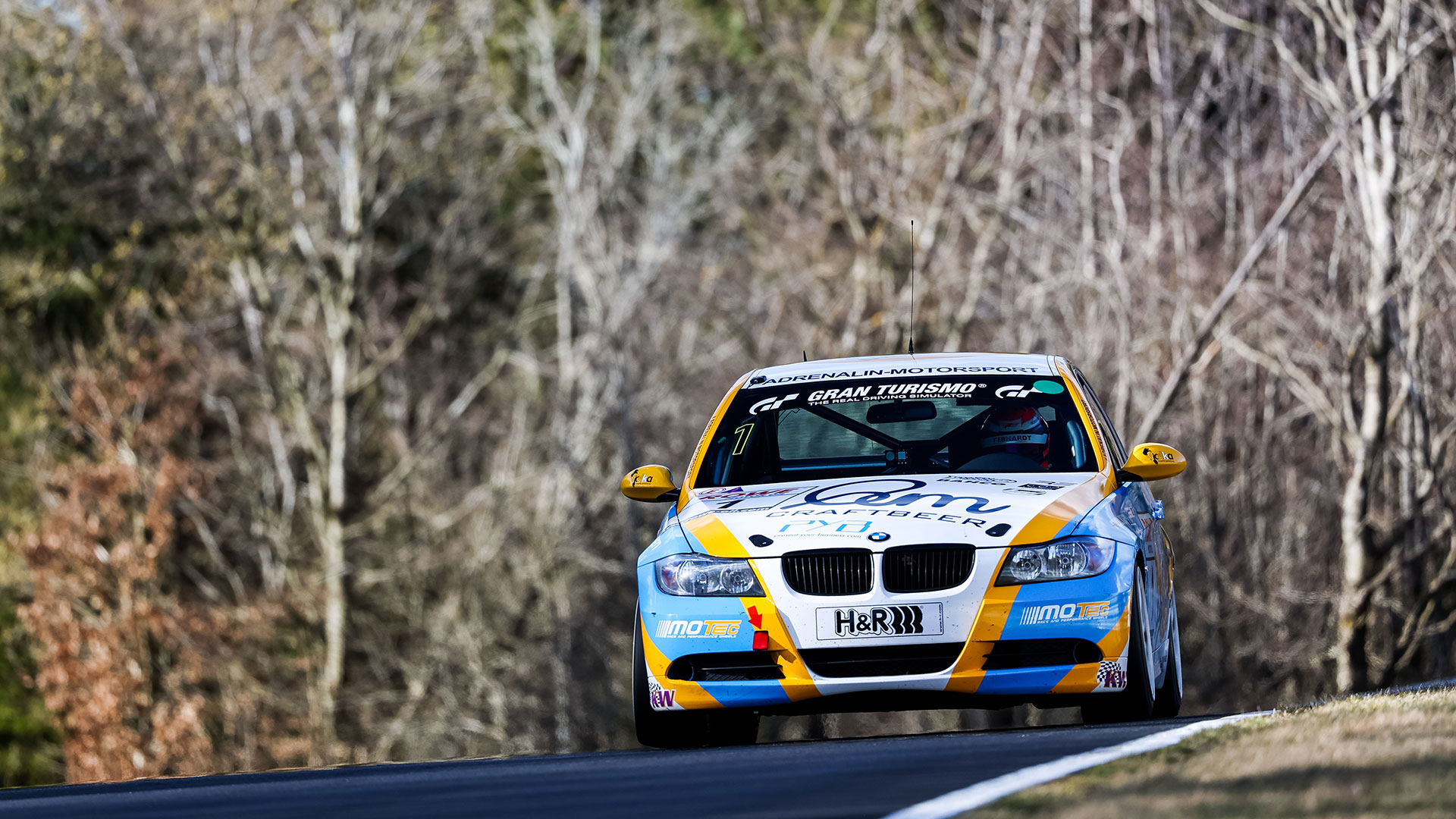 The champion duo will go their separate ways in future: Philipp Leisen, sharing the wheel with Jacob Erlbacher and Oliver Frisse, will continue in the BMW 325i with the #1 from Adrenalin Motorsport Team Alzner Automotive. Danny Brink, on the other hand, has found his new field of activity in the now split VT2 class with FK Performance Motorsport. The three-time champion, just like Leisen, has Christian Konnerth and Ranko Mijatovic as team mates.

Tickets for the grandstands at the Grand Prix circuit and the specifically designated spectator areas in the Brünnchen and Pflanzgarten areas are available from 18 euros (parking ten euros). The tickets also include access to the paddocks, the pit lane, the starting grid and the ring°werk Motorsport Experience Museum. Children up to 14 years of age are admitted free of charge. Advance tickets are available at https://to.vln.de/tickets22 and on race day on-site. 2G rules (vaccinated or recovered) apply for spectators.