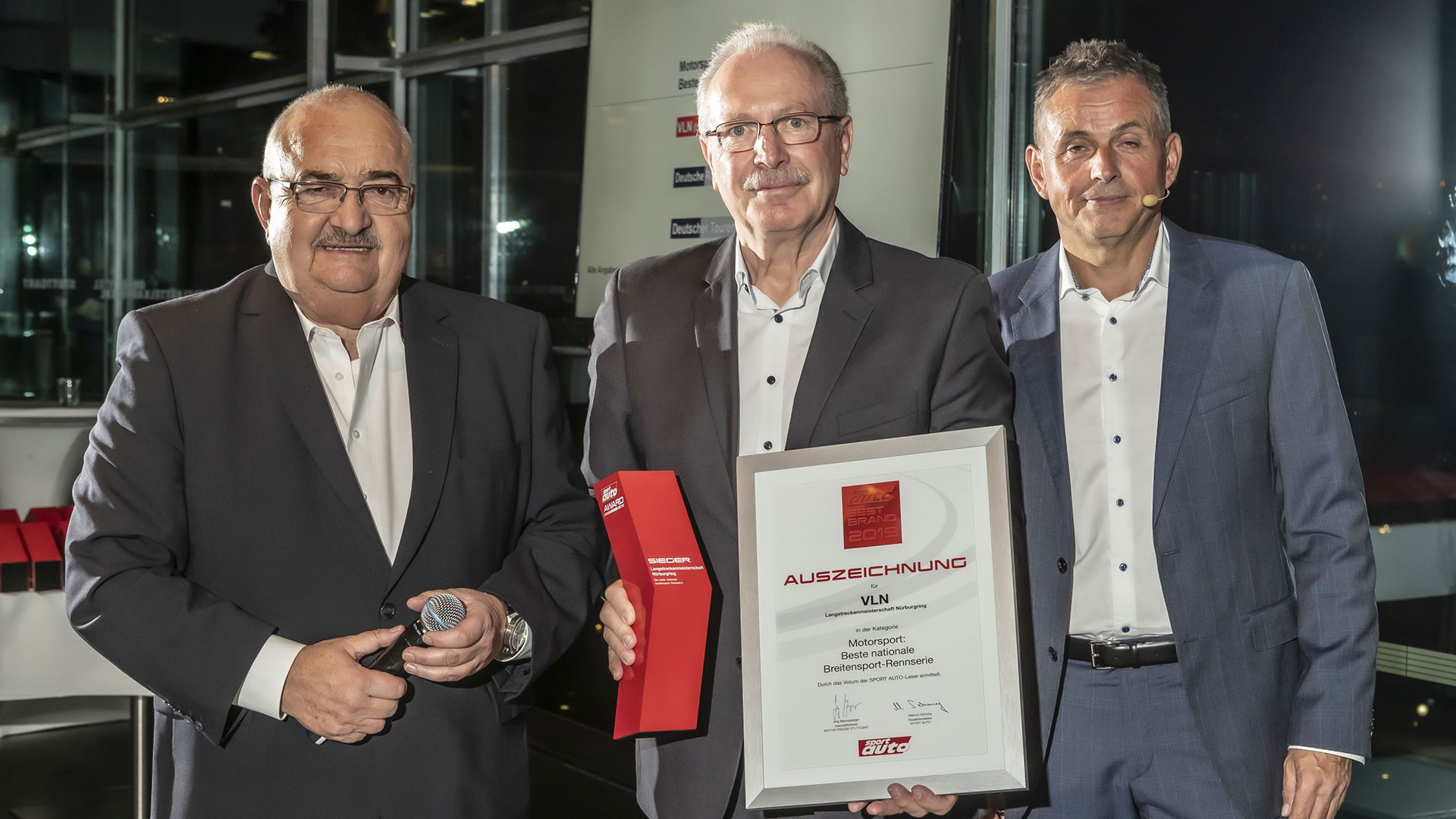 For the 27th time, the readers of sport auto have voted in the reader action “BEST CARS / BEST BRAND 2019”. With an overwhelming majority of 66.2 percent, the VLN Endurance Championship Nürburgring was once again voted “Germany’s best grassroots series” by 12,352 readers of the automotive magazine who participated in the campaign. The German Rally Championship and the German Touring Car Cup followed in the ranking at a clear distance. The award ceremony took place during the sport auto gala in Stuttgart in the presence of the Managing Director of the VLN VV GmbH & Co. KG, Dietmar Busch.

“On behalf of the entire VLN, I would like to thank you for this fantastic award. We are really delighted. This prize is something very special because it is awarded by the readers. So the VLN continues to be very popular with the motorsport fans. This reinforces us in our daily work and in our endeavour to further increase the attractiveness of our racing series,” said Busch after having received the award from sport auto chief editor Marcus Schurig and DSK treasurer Reinhard Michel.

In a total of 18 series and ten tuning categories, the numerous readers nominated their favourites this year. In the voting organised by sport auto, there was in 2019 a change at the top of the customer sports programmes. In the category of the GT4 vehicles, the BMW M4 won the vote for the first time ahead of the Porsche 718 Cayman GT4 CS and the Mercedes-AMG GT4. Everything remained the same with regard to the selection of the best GT3. Here, the Porsche 911 GT3 R won ahead of the Mercedes-AMG GT3 and the Audi R8 LMS. All four manufacturers are partners of the VLN.