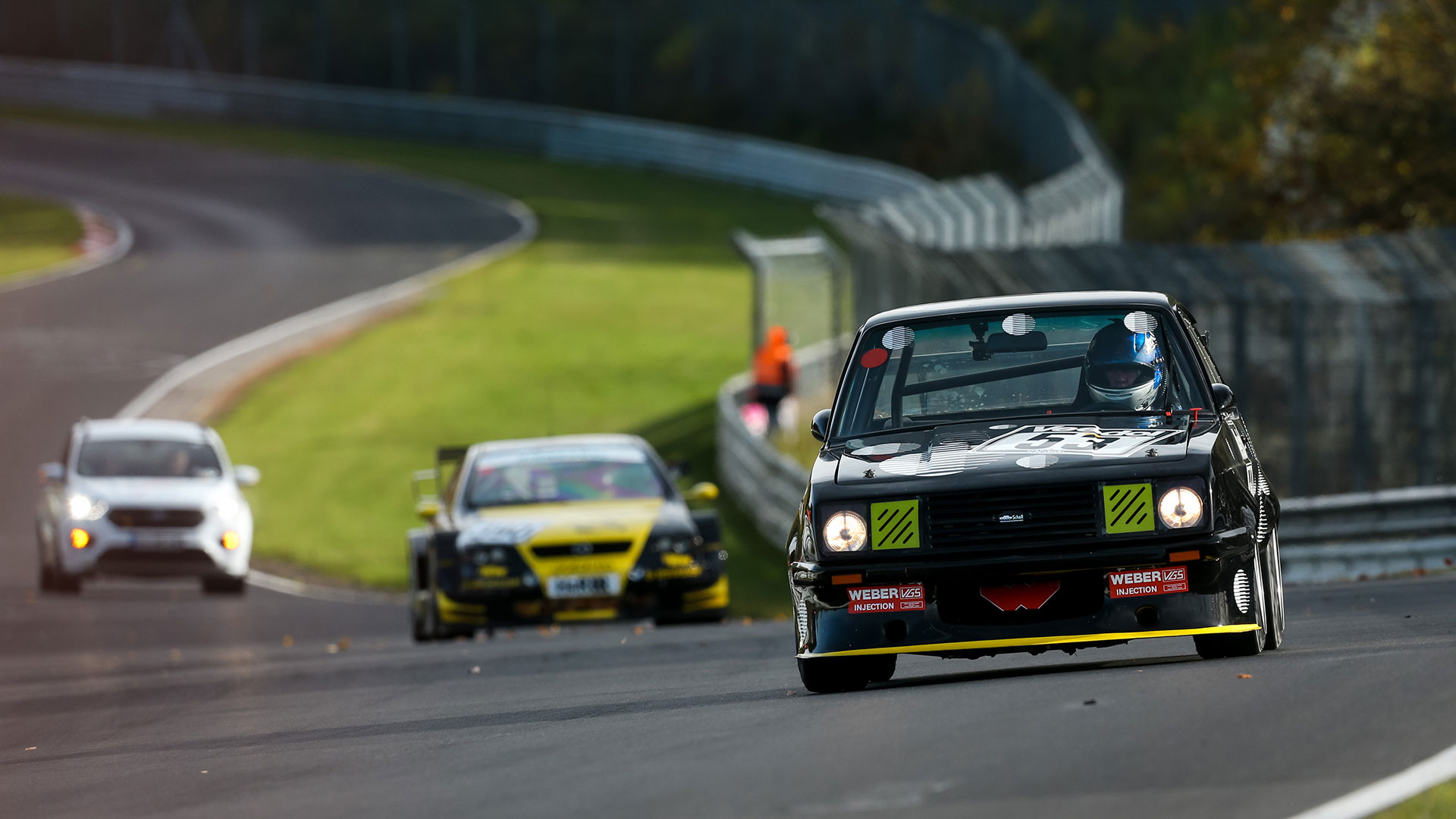 It was an extraordinary farewell. It was a successful journey into the past. It was a lap of honour which has stirred up a great deal of emotions. Andreas Schall, one of the genuine icons in the history of the long-distance championship at the Nürburgring, took his leave from racing after decades. Before the start of the 44th DMV Münsterlandpokal race, the 80-year-old completed a lap around the Nordschleife in his black Ford Escort RS2000. It was in this car that he became vice-champion in this largest grassroots series of the world in the year 1988.

“Well, this was indeed originally my idea, everybody was excited when they heard of it. Ralf had always told me that I wouldn’t believe how many people are asking for you. That was an amazing lap. It was a fantastic day and I enjoyed the lap from the very first to the very last meter. I was driving rather slowly, on purpose. The marshals came to the track edge and waved to me. I wouldn’t have expected this to that extend“, said Andreas Schall enthusiastically.

In his lap, he was accompanied by his son Ralf who followed him in another legendary car of the family from Dornstadt nearby Ulm, an Opel Astra V8 Coupé which was used in racing at the Green Hell in the years between 2004 and 2006. “Everything was just perfect. The atmosphere was great. We enjoyed splendid autumn weather. You wouldn’t have expected these relatively warm temperatures at the last round of the season. A big thankyou to the VLN family. We highly appreciate this”, says Ralf Schall, who also experienced unforgettable moments during this special lap on the Nordschleife. “The spectators were waving their banners and the marshals their flags. My father introduced me into motorsport more than 30 years ago. Otherwise, I would nowadays probably play tennis or soccer. That’s why this was a very special experience also for me. I was so proud to accompany him into his retirement from racing. That was pure adrenalin.”

The name Schall sounds like a thunderclap in the VLN. The father-and-son duo competed in more than 200 races and took 79 victories together. And it was straightaway that they scored their first overall win out of five in total with a Mercedes 190 Evo II. Andreas Schall has 98 class victories and 45 group wins to his credit. In this regard, his son has already overtaken him (104/65). Johannes Scheid and Volker Strycek are the only ones which have been more successful than the two. Andreas Schall started his last VLN race on 11 October 2014 in group H 3 at the ROWE DMV 250-Meilen-Rennen, but he and his son Ralf retired with their Mercedes-Benz 190E.

Now, he has definitely quit racing. “I still have a valid Permit Nordschleife, but that was the last time that I took a seat in a race car. I have accepted this now. I have completed so many racing kilometres, at least three times around the world, all at the Nordschleife”, says Andreas Schall. You never go away completely, though. “I will definitely return next year to follow Ralf and to eat a ‘racing sausage’ again which I’ve done for ages. The sausages in the Swabian region are also good, but those up here, they are really delicious.” 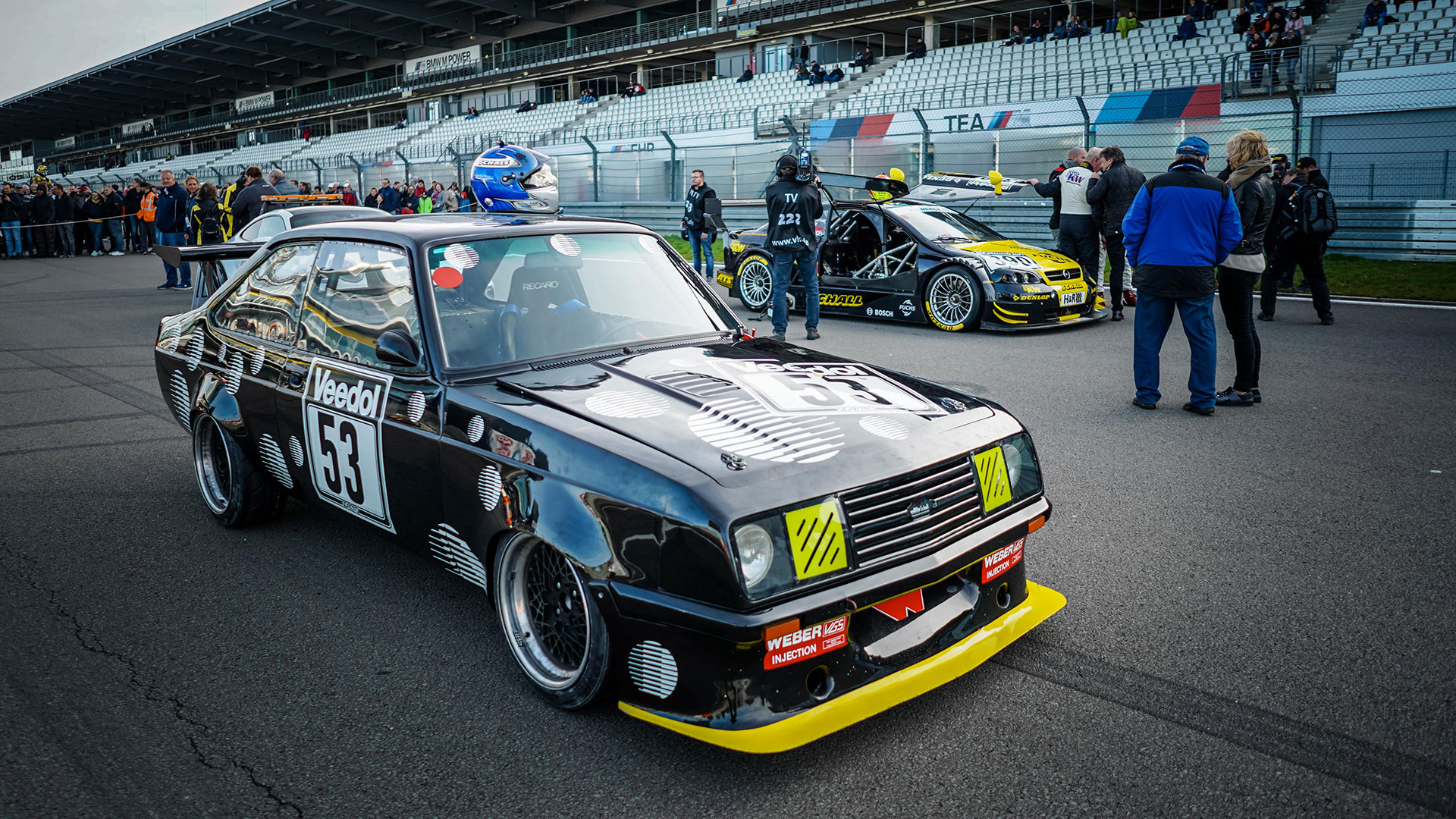 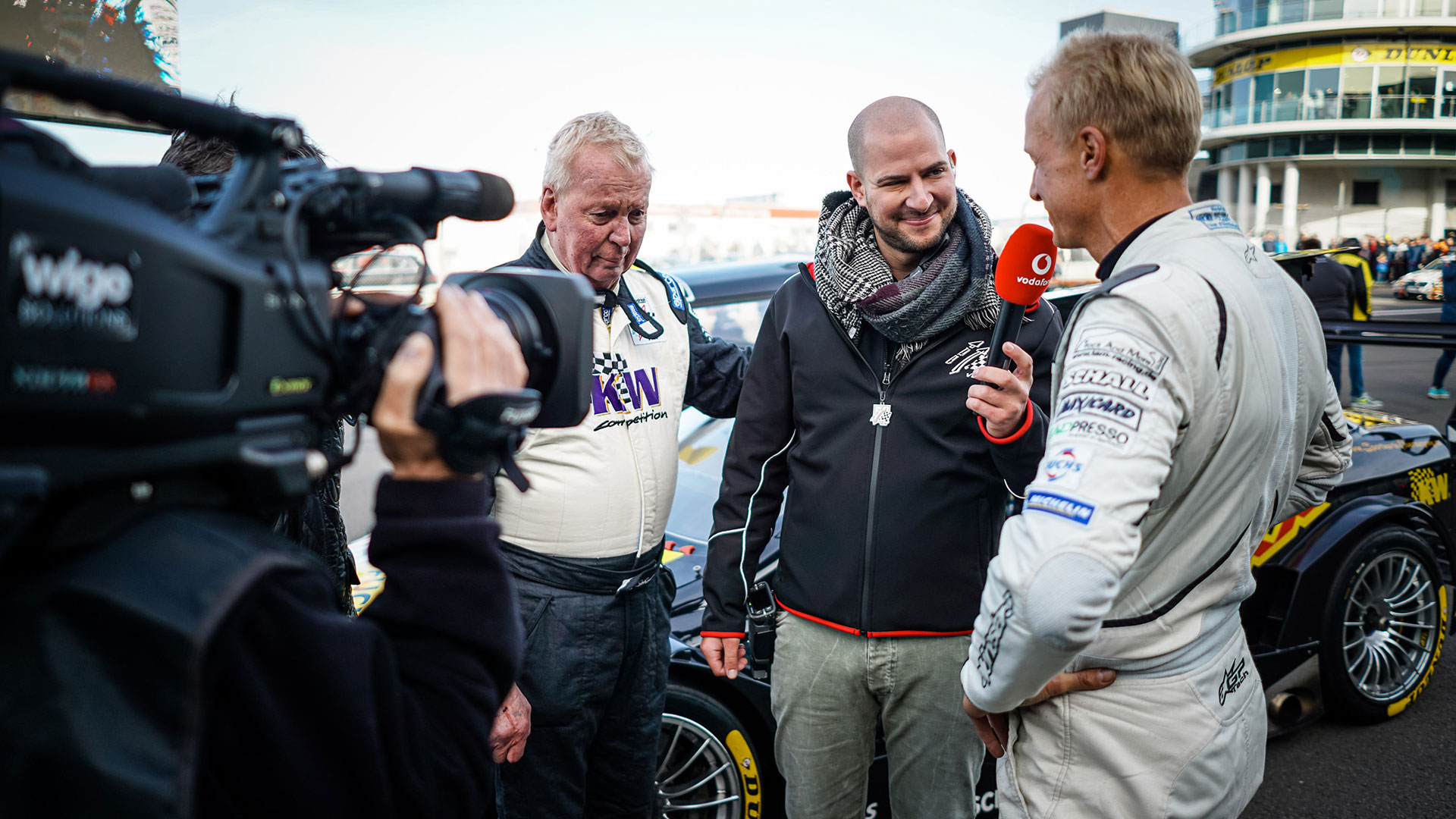 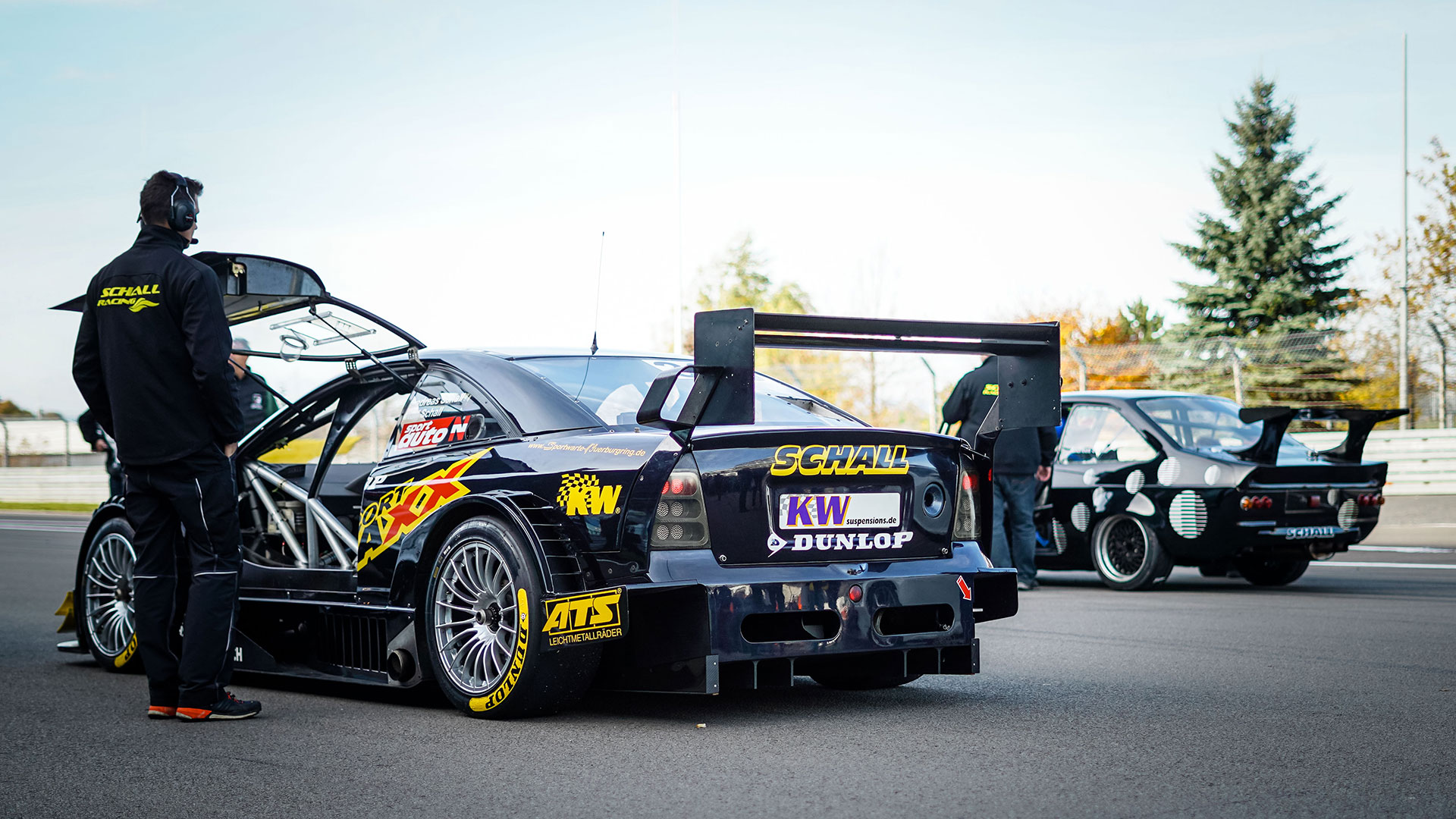 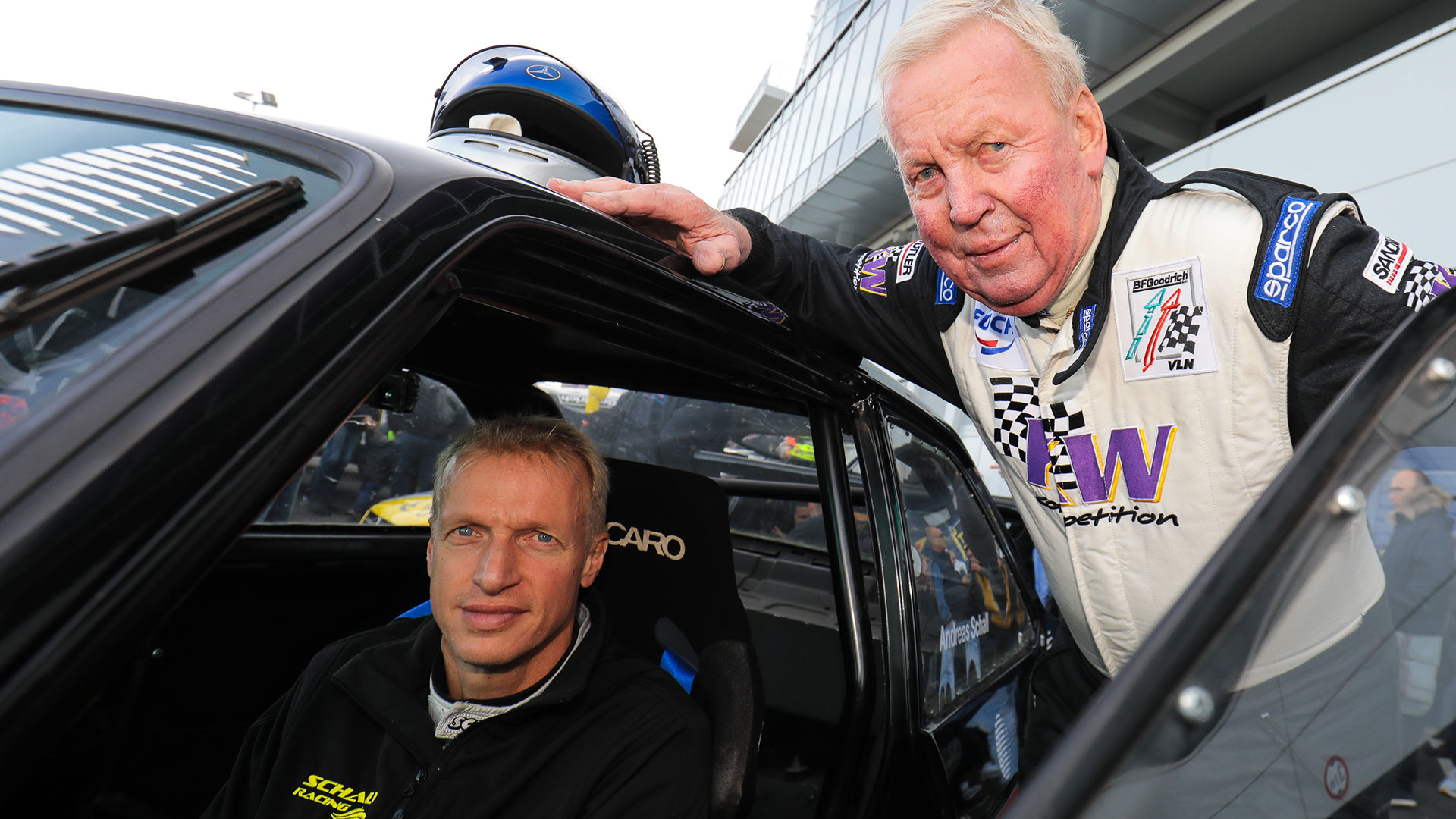 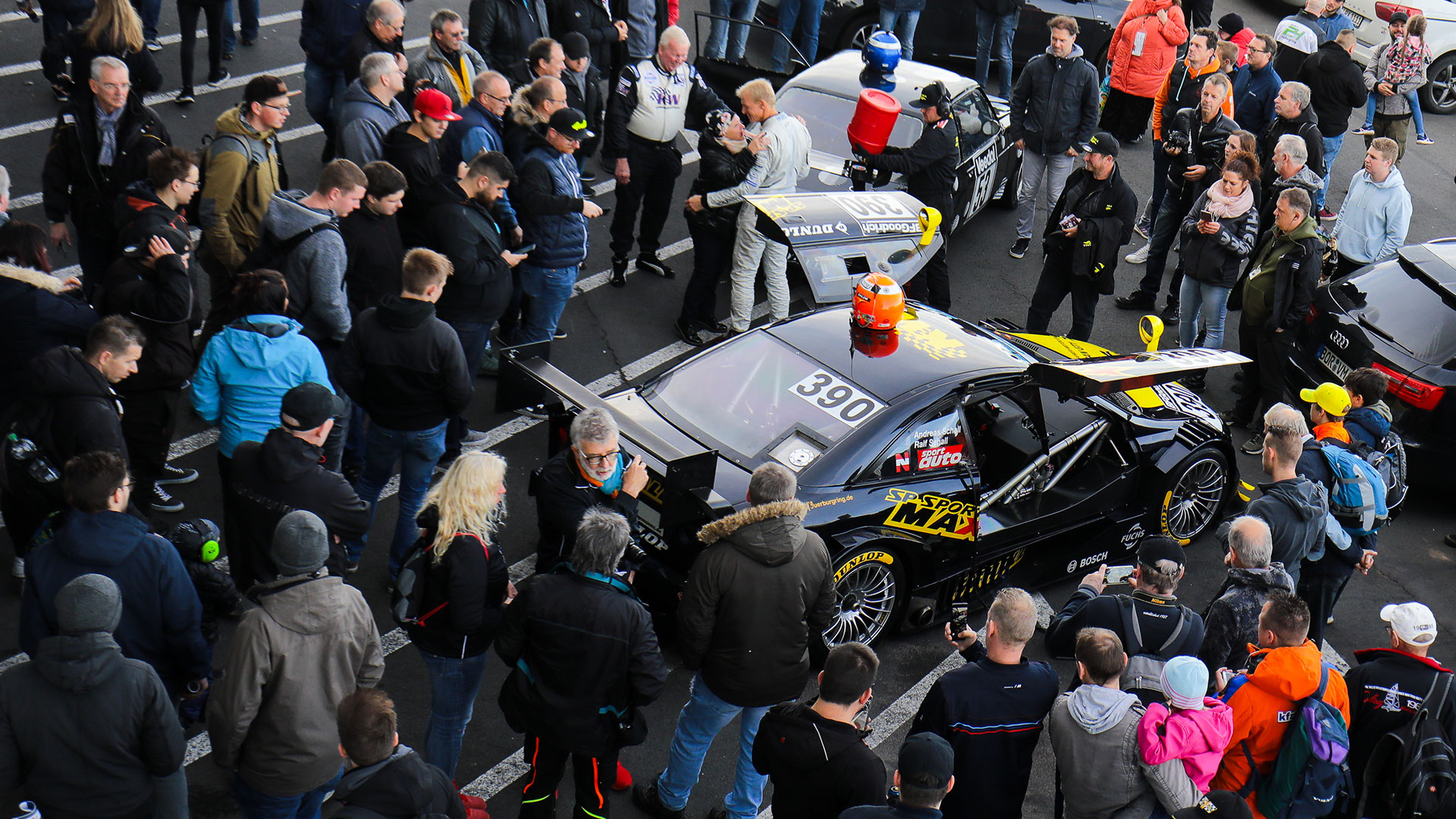