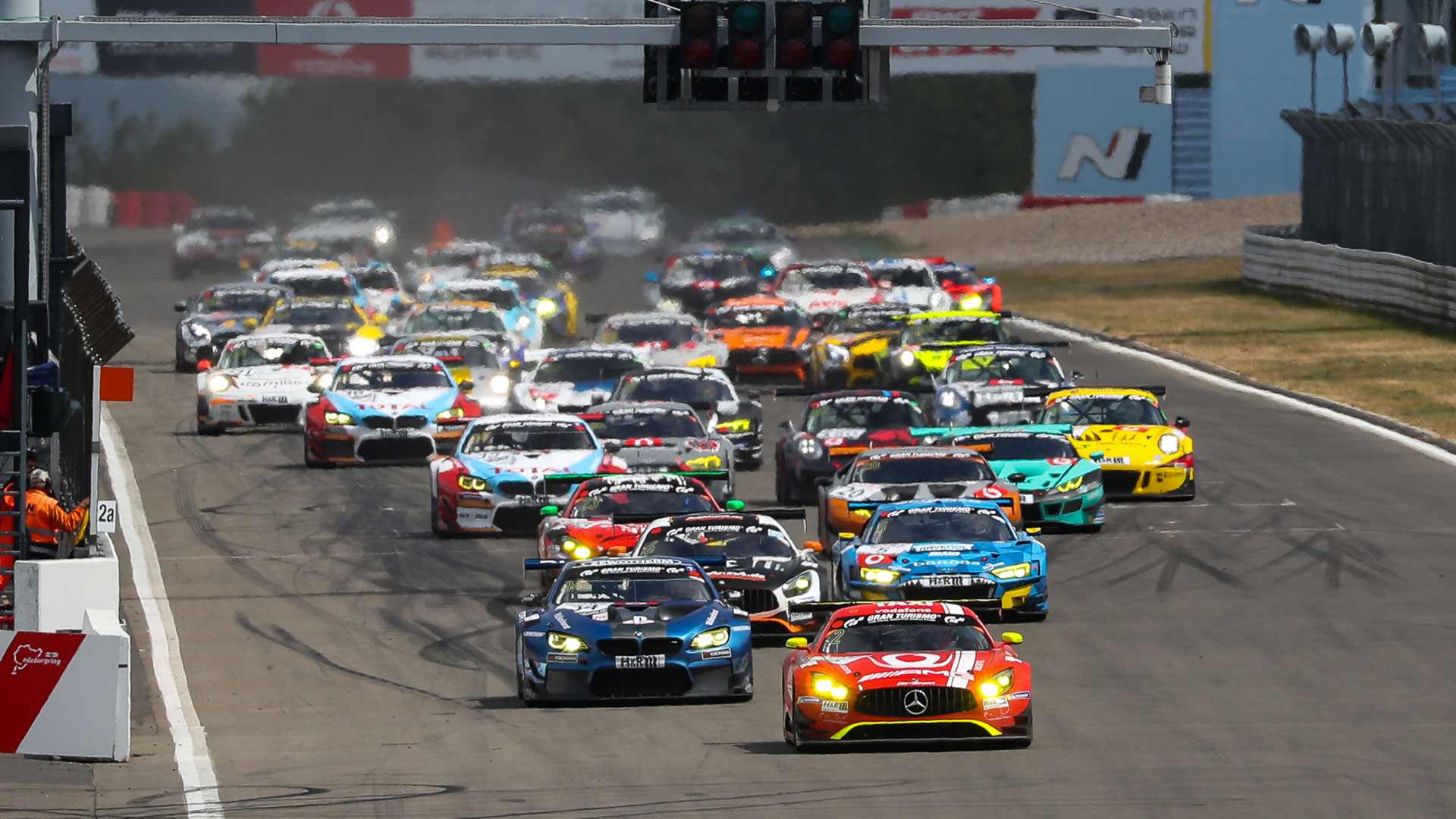 Two returnees are the subject of discussion. The comeback of two cars particularly stands out at the 42ndRCM DMV Grenzlandrennen (7 September 2019). Old and young alike are delighted. In addition to “Grello”, the SP9 race car of Manthey Racing, the VW Jetta 16v will be back again in class H2 at the legendary Nordschleife. Other than that, the colourful and diverse VLN starting grid will once again provide a number of additional tasteful extras.

Everyone will remember the spectacular pictures. End of March, during the qualifying at the season opener of the VLN endurance championship, the Jetta 16v had an unfortunate collision with the BMW 328 of Beat Schmitz. Driver Stefan Lohn rolled the Volkswagen six times at the area Brünnchen and finally came to a stop on the track limitation. Thanks to the high safety standards, Lohn did not suffer any injuries. The car, however, was completely destroyed after this heavy accident. A severe setback for the small team XXL Racing. The VLN family, however, stands together when someone is in trouble. An appeal for donations made through the social media of driver Norbert Mehling generated a huge result. Within a short period of time, more than 20,000 euros were raised. And contributions in kind at a value of that same amount were donated as well. “That was really crazy. We all got gosebumps. That is not normal. You wouldn’t experience that very often”, says driver Thomas Erhardt who was enthusiastic about this support. Together with his team mates Phillip Eis and Norbert Mehling, the 62-years old intends to slowly proceed their way ahead again at the Green Hell in their class H2 with eleven cars. 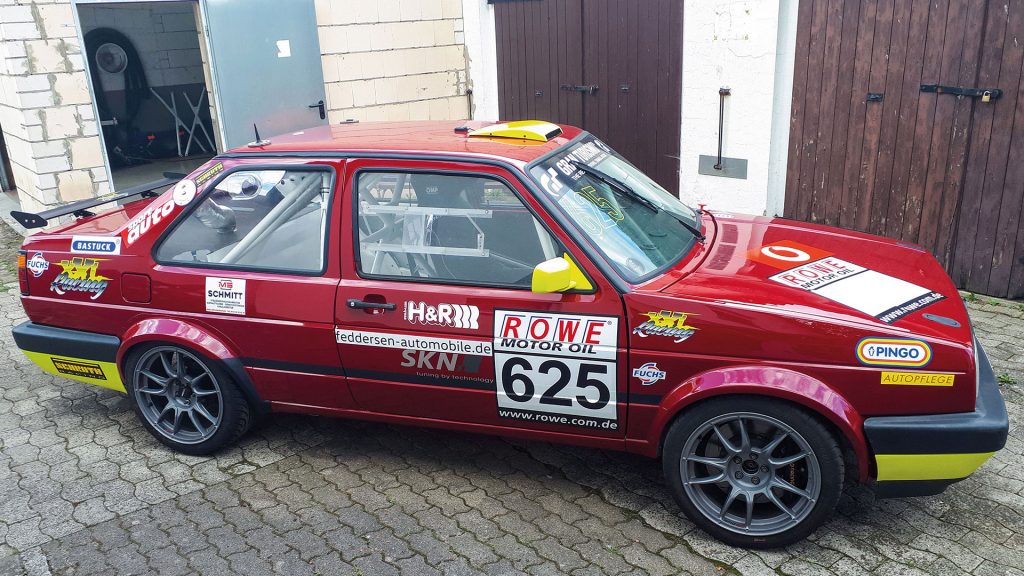 Klohs will celebrate his debut in the “Grello“

A period of acclimatisation is not needed for start number 911. After having missed two rounds, the everywhere popular “Grello” is back at the Eifel circuit. At the 42nd RCM DMV Grenzlandrennen, Otto Klohs moreover celebrates his debut in the current generation of the Porsche 911 GT3 R, together with Kevin Estre and Lars Kern. “It has always been my wish to drive around the Nordschleife with the new car, whenever I would have the possibility”, says Klohs who will celebrate his 60th anniversary in January 2020. Usually, he is behind the wheel of the white and red previous-year 911 GT3 R with number 12. The total of 16 cars will compete in the top class of the VLN. Walkenhorst Motorsport has entered not less than three SP9 race cars, GetSpeed Performance and Falken Motorsport two each. Amongst others, last year’s winner Klaus Bachler and Martin Ragginger are here registered in the Porsche 911 GT3 R. For the Team Black Falcon AutoArena Motorsport, the winner of the last two races, Patrick Assenheimer, will again sit in the cockpit. His team mate in the Mercedes AMG GT3 will this time again be Manuel Metzger. The duo won VLN race 4 of the current season. 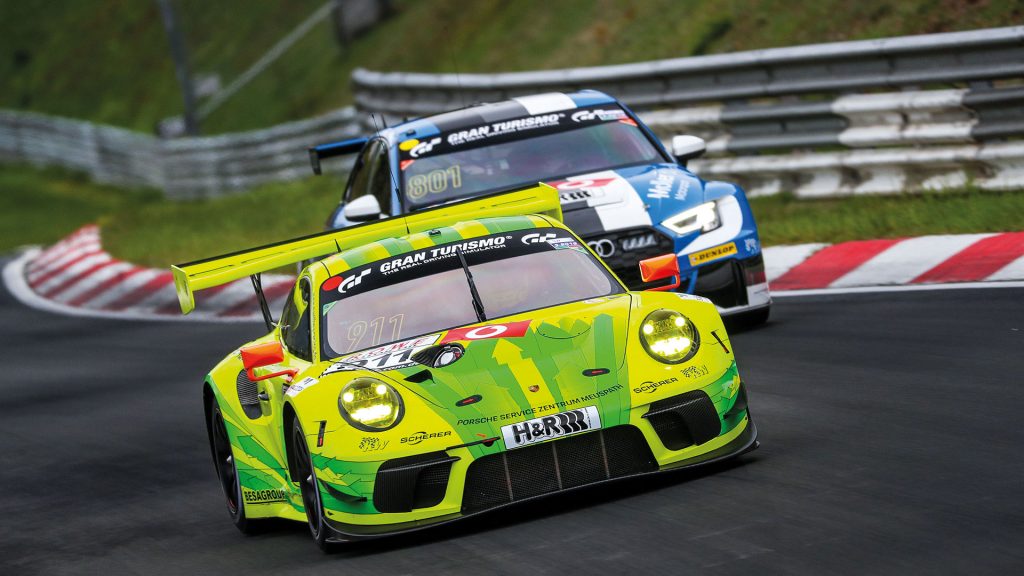 There is another prominent driver switching cars for the oncoming VLN race: After more than 20 years, Volker Strycek will once again drive a Porsche in the Cup3. As long-time Opel Motorsport Director, the 129 times VLN class winner is inseparably linked to the Opel brand. Nevertheless, exceptions confirm the rule. In 2018, he started already together with Max Friedhoff in the KTM X-Bow GT4. This year, another invitation followed: Axel and Max Friedhoff have meanwhile switched to a Porsche Cayman GT4 CS and were determined to do a race together with Strycek. This will now be put into practice at VLN6 within the framework of the Cayman GT4 Trophy by Manthey-Racing. “When Axel called me, I did not hesitate at all”, says Strycek. “I am curious about the Cayman. I am convinced that GT4 race cars will have a great future in the VLN.” In parallel, he will also be at the start together with Olaf Beckmann and Peter Hass in the iconic Opel Manta.

Fübrich/Griessner are heading from victory to victory

Yannick Fübrich and David Griessner of the Pixum Team Adrenalin Motorsport have a clean record in the VLN overall classification. The leaders of the standings have won all of the four races in the BMW M240i Racing Cup. With 38.85 points, they have taken the top spot, followed by Oskar Sandberg, Norbert Fischer and Daniel Zils (37.82), also of the Pixum Team Adrenalin Motorsport and also unbeaten so far in class V5 with their Porsche Cayman. With 35.94 points, Nico Otto and Lars Peucker, who are likewise competing in the BMW M240i Racing Cup, are also still in the top group after three second and one third places achieved with their ‘Eifelblitz’. Whilst 14 entries have this time been received in class Cup5, the V4 achieved the record figure of 30 cars. Throughout the season, two teams have delivered an exciting duel in the class for cars up to 2,500cc capacity. The trio of the Team AVIA Sorg Rennsport with drivers Torsten Kratz, Oliver Frisse and Moran Gott won at VLN1 and at VLN3. The current VLN Champions with number 1, Danny Brink, Philipp Leisen and Christopher Rink, were on top of the podium at the last two rounds. They both cannot afford any more zero points result. The VLN season remains highly-interesting and exciting.

Entrance is free all around the more than 20 kilometres long Nordschleife with its huge number of trails. Tickets for seats on the open Grand-Prix circuit’s grandstands and for a visit to the paddocks will be available for a price starting at €18. Children under 14 years have free entrance everywhere. Tickets for the VLN races can be ordered through the free ticket hotline 0800 20 83 200, at the Nürburgring Online-Shop as well as on-site in the info°center and at the access points to the open Grand-Prix circuit’s grandstands and to the paddocks. The race will be started at 12 o’clock, the positions on the starting grid will be determined previously in the practice session from 08.30 to 10.00hrs. Both practice and race will be broadcasted in the livestream on VLN.de.