Ready to go flat out 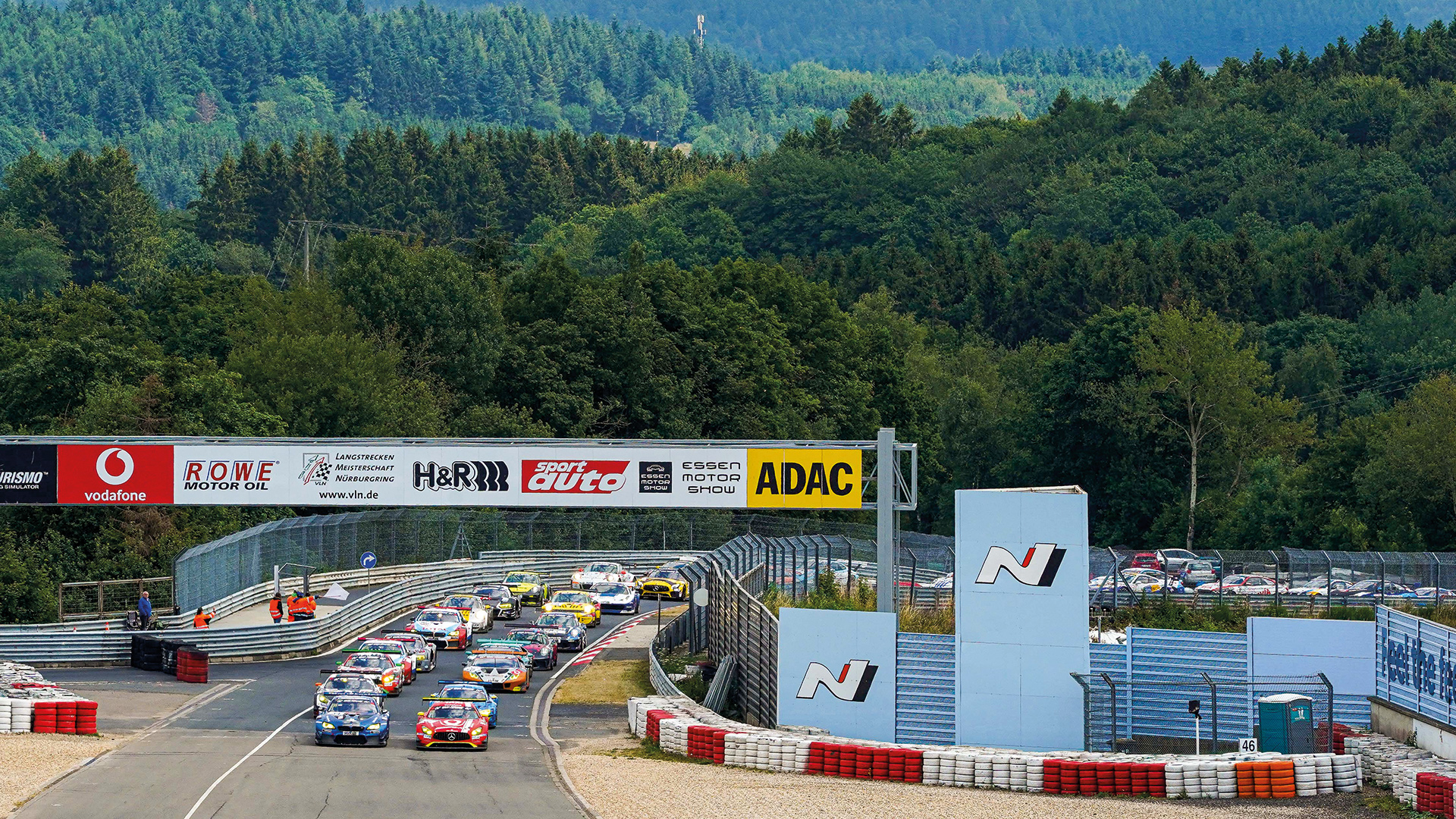 Flat out into the holidays. And the perfect destination for this is the VLN endurance championship Nürburgring next Saturday (3rd of August 2019). The ROWE 6 Hours ADAC Ruhr-Pokal-Rennen marks the season highlight in the calendar of the biggest grassroots series of the world. Asphalt track instead of lakes, sound instead of sun. The chase through the landscape at the Nordschleife will once again provide these legendary door-to-door duels and exciting battles for positions. A road trip with comfort factor. And hopefully without traffic jams.

The Team Black Falcon heads to repeat their previous year’s success in entering two cars. In 2018, Hubert Haupt, Adam Christodoulou, Manuel Metzger and Gabriele Piana in the Mercedes AMG GT3 started from pole position and took the victory ahead of the duo Philipp Eng and Tom Blomqvist in the BMW M6 GT3 of ROWE Racing. Third became Stef Dusseldorp and Alexandre Imperatori (Falken Motorsport), also in a BMW M6 GT3. Dusseldorp’s team mate this time will be Jens Klingmann. A Porsche 911 GT3 R of the same team will be driven by Klaus Bachler and Martin Ragginger.

For 2019, Black Falcon relies on the combinations Hubert Haupt, Adam Christodoulou, Luca Stolz as well as Patrick Assenheimer and Maro Engel, whilst ROWE Racing wants to break a vicious circle with the extremely strong driver duo of Philipp Eng and Nick Catsburg. From 2012 to 2015, the team which is based in the historical town of Worms won the 6 Hour Race four times in a row. Since 2016, the company in the lubricant industry is title sponsor of the event and the team has not been able to mark another overall victory. Other contenders who wish to fight for top positions are Phoenix Racing (Kolb/Stippler), GetSpeed Performance (Ellis/Böckmann) and ‚Dieter Schmidtmann‘, Heiko Hammel, Frank Perera in a Lamborghini Huracán.

A change in the lead of the overall classification came up after VLN4. The Pixum Team Adrenalin Motorsport will now kick-off the second third of the season as championship leaders. With their third class win in the BMW M240i Racing Cup, Yannick Fübrich and David Griessner took over the ‘place in the sun’ with a score of 29.14 points. The so long leading trio of the Team AVIA Sorg Rennsport, Torsten Kratz, Oliver Frisse and Moran Gott, missed another class victory in the V4. Having scored second position in their class, they are now also in second place in the standings, but, with 28.91 points, their gap is insignificantly small. The crew in third place, Oskar Sandberg, Norbert Fischer and Daniel Zils (28.38) also competing for the Pixum Team Adrenalin Motorsport, is still in a promising position with their Porsche Cayman in class V5. 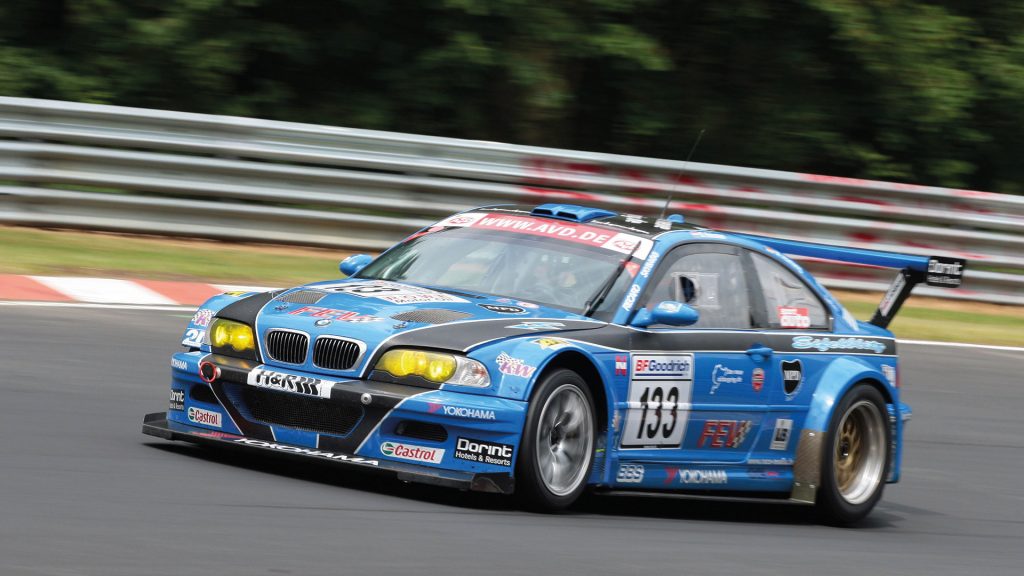 Scheid is back in the 2009 Eifelblitz

Five minutes before the information lap of the fifth VLN round on Saturday, iconic team principal Johannes Scheid will proceed to a demonstration run over the Nordschleife with one of his legendary Eifelblitz race cars. And this car is no one less than the 2009 BMW M3 GTR S. “It is really great that FEV makes the car available for this demo run on the occasion of my 50th jubilee in motorsport. It is about ten years ago that I was last sitting in that car and I have meanwhile received many questions every now and then when can we see the car again”, says Scheid and adds with a smile: “I have assembled so many bodyshells, but every detail had to comply with the regulatory specifications. This car has been rebuilt by me from scratch, including each and every single component. The steering as well as the complete front suspension have been adjusted to the specific requirements of the Nordschleife, gearbox and exhaust had to me modified as well. But after all these years, I myself will have to look where all the buttons and all the controls are positioned. I will of course not proceed at racing speed.” 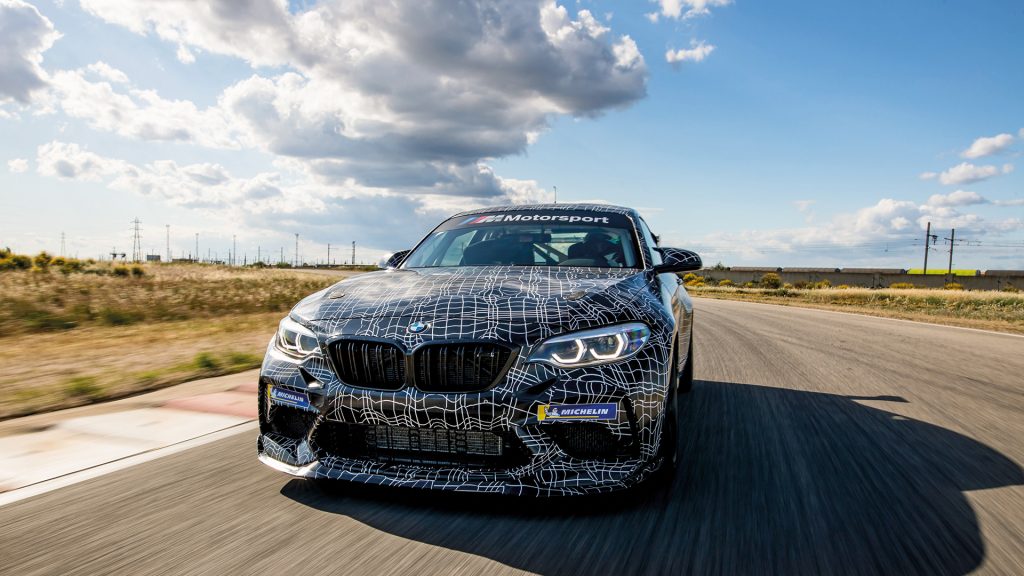 As always, the action in the smaller classes will be not less thrilling. The greatest competition can once again be expected in class V4. In the production car class up to 2,500 cc capacity, 26 race cars will challenge each other. With 17 cars, the Cup5 (BMW M235i Racing Cup) features likewise a strong field. The Team Max Kruse Racing around Benny Leuchter and Andreas Gülden wishes to repeat their recent class win in the TCR. “For me, the 6h Race is just like a nation league top football match going into overtime and finishing with penalty shootout”, says Gülden who looks ahead to the two hours additional racing time with great anticipation. Moreover, there will be a world premiere in class SP8T. The BMW M2 Competition will make its debut on a racing circuit. The powerful sports car from the Munich factory will be driven through the green hell by Dutch woman Beitske Visser and by Jörg Weidinger.

Entrance is free all around the more than 20 kilometres long Nordschleife with its huge number of trails. Tickets for seats on the open Grand-Prix circuit’s grandstands and for a visit to the paddocks will be available for a price starting at €18. Children under 14 years have free entrance everywhere. Tickets for the VLN races can be ordered through the free ticket hotline 0800 20 83 200, at the Nürburgring Online-Shop as well as on-site in the info°center and at the access points to the open Grand-Prix circuit’s grandstands and to the paddocks. The race will be started at 12 o’clock, the positions on the starting grid will be determined previously in the practice session from 08.30 to 10.00hrs. Both practice and race will be broadcasted in the livestream on VLN.de.