Hell of a challenge to be expected at the Nordschleife 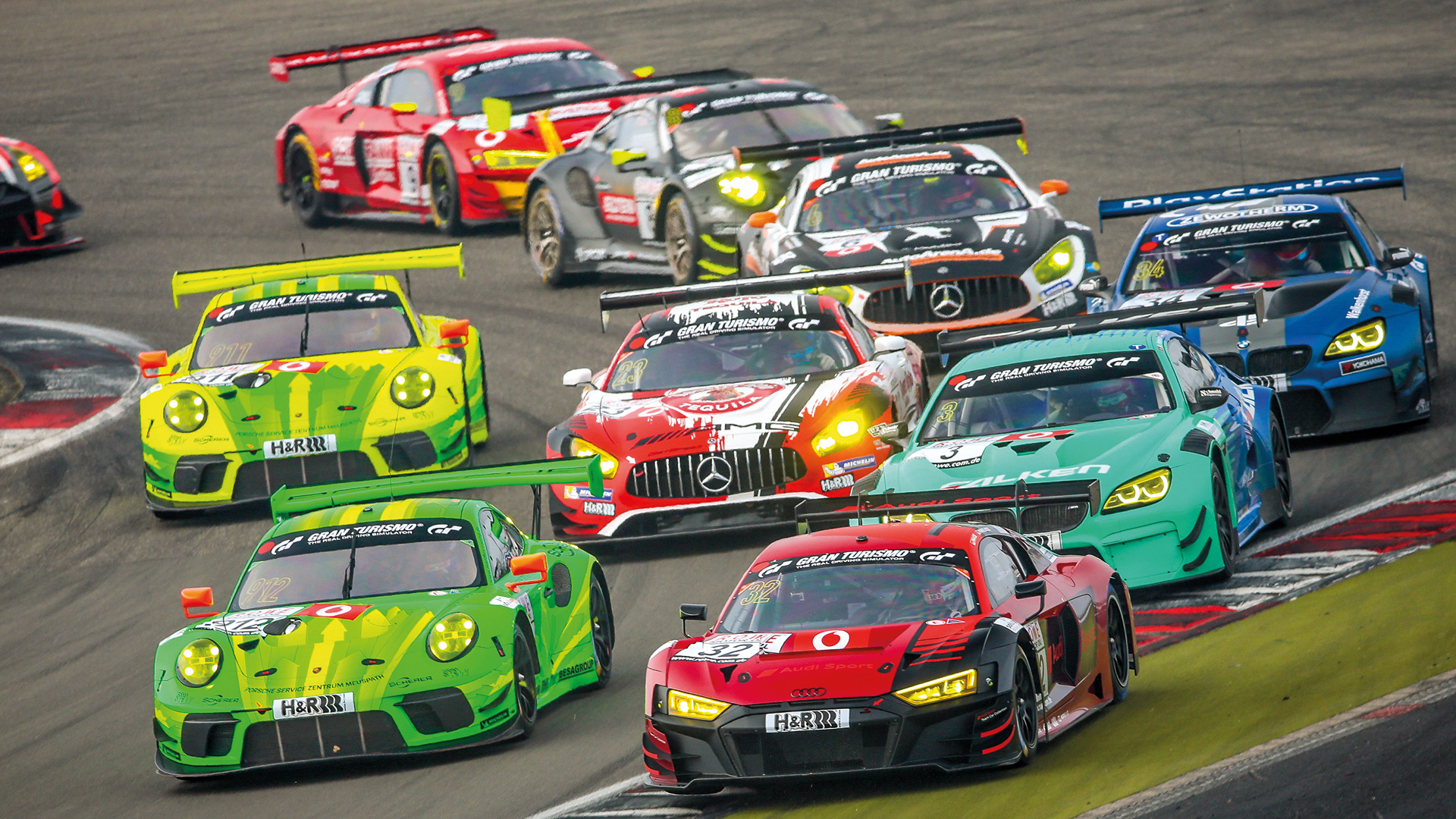 The third round of the VLN endurance championship will provide four hours of fascinating and exciting motorsport. Snow and fog are over. The total of 457 drivers and 193 cars will take up the demanding challenges at the 61stADAC ACAS H&R-Cup. Amongst the top teams on the grid are squads such as ROWE Racing, Black Falcon, Phoenix, Falken Motorsports, GetSpeed Performance, Konrad Motorsport, Walkenhorst Motorsport, Manthey-Racing, Schnitzer, Car Collection and Frikadelli Racing. Amongst the top drivers are Maro Engel, Marcel Fässler, Jamie Green, Sheldon van der Linde, Nick Tandy, Philipp Eng, Kevin Estre or Marco Wittmann. The winner of VLN1 will once again be behind the wheel of the BMW M6 GT3 of ROWE Racing, together with John Edwards. The trio will this time be completed by Jesse Krohn.

Strongly represented at VLN3 are also vehicles from the ‘Land of the Rising Sun’. For the first time, Bandoh Racing, the traditional Toyota team in the Japanese GT Championship, will take up the challenge that the Nordschleife provides, just as Novel Racing in a Lexus RC F GT3. On 8thOctober 2016, the brothers Mario and Dominik Farnbacher took the first VLN overall victory for a Japanese race car at the Eifel track at the DMV 250 Miles Race.

Dominik Farnbacher is now back again at the green hell, together with Marco Seefried as team mate. “The car was really fine at that time. Two years have meanwhile passed. The others have caught up and we start from scratch. We will definitely not come back to the Nordschleife and compete in the leading group right away. We wish to prepare the car for the 24h Race so that it will be nice to handle and reliable. Also, Marco has already gained some experience with the car in the Blancpain. Our target for VLN3 is to finish the race, no matter in which place. A good position would be nice but it must not necessarily be a top ten position”, says Farnbacher who knows the advantages and disadvantages of the race car well. “We lack a bit of top speed because the car has a lot of downforce. That makes overtaking difficult. It is perfect at the Döttinger Höhe, but you have to try to get clear sections as often as possible and avoid the traffic. In fast corners, the Lexus is really good in terms of downforce.” 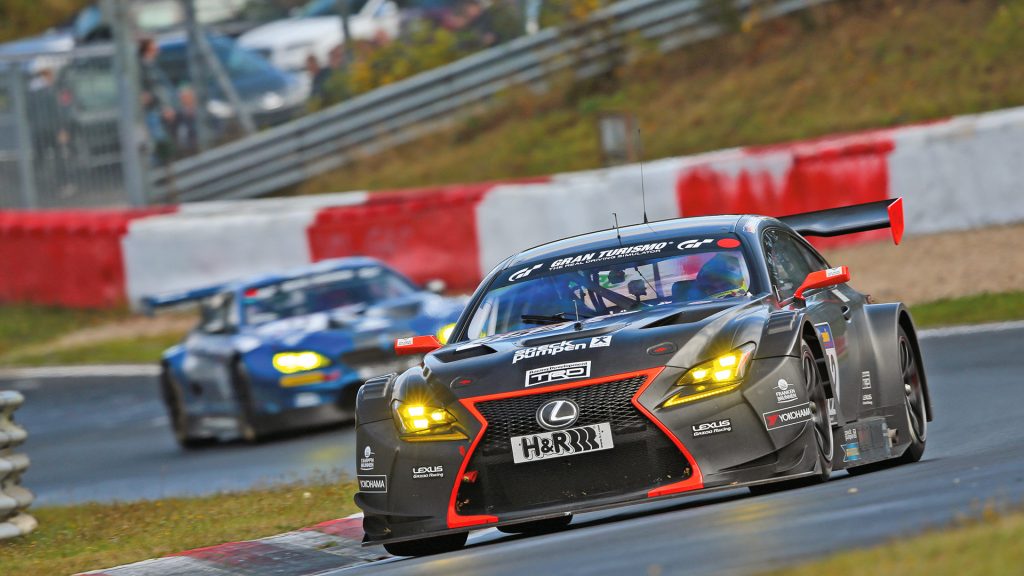 Duell for cars from the ‘Land of the Rising Sun‘: Lexus versus Nismo

Seefried knows the Lexus already from some participations in the Blancpain series. He will nevertheless enter new territory at the Nordschleife with the car of the Japanese luxury brand. “It’s quite comfortable for me as I know the car, even if not at the Nordschleife. We are still short of experience at this track with the combination of the car and the Yokohama tyres. I know that the car is pretty good in fast corners. Just similar to the BMW M6, the Lexus has advantages in terms of aerodynamics. So I assume that will also work well at the Nordschleife. All things considered, I do not expect a top position at VLN3. Yet, the car has definitely a good potential.“

So the Nissan GT-R Nismo GT3 is no longer the only one to represent Japan. In the Team KCMG from Hongkong, a young driver will have to take up a special challenge. Nico Menzel will make his debut in the super sports car at the legendary race track. He will be supported by Christer Jöns and Matthieu Vaxiviere. 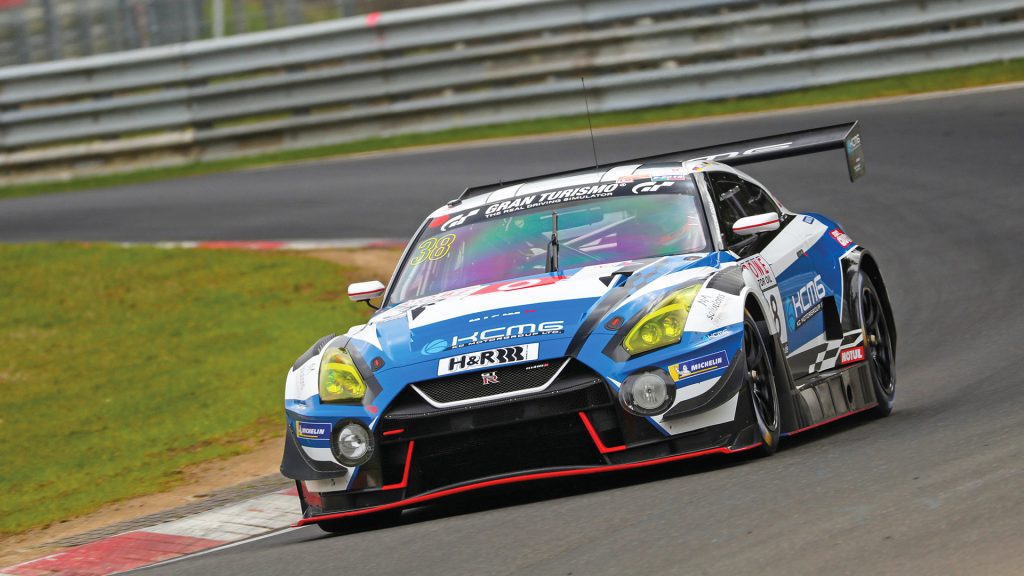 Manual Metzger will make a comeback in the Eifel. The Mercedes-AMG driver was held back by an injury suffered at the beginning of the year. In 2018, the Swiss race driver took overall victories at the ROWE 6 Hour ADAC Ruhr-Pokal-Race and at the 58thADAC Reinoldus-Langstreckenrennen. The 33-years-old will return to racing as from VLN3. “The injury of my thighbone was a huge shock. I was told to be able to start my first running workout after three months again. Fortunately, it turned out that the injury was not that bad. I can hardly wait for sitting behind the wheel again”, says Metzger who will the Mercedes-AMG GT3 of Black Falcon drive together with Maro Engel and Adam Christodoulou. He will moreover compete in a Porsche 911 GT3 Cup MR of Black Falcon together with Peter Ludwig and ‘Takis‘. A double premiere will be celebrated by Kenneth Heyer. On Saturday, the 39-years old will for the first time race at the Nordschleife in a Mercedes-AMG GT3 together with Tristan Vautier and Jan Seyffarth, at the same time Heyer will make his debut at the VLN in the Team Getspeed Performance. “The Nordschleife is a very special circuit. You are not full on fire right away when you start there again after a while. We will nevertheless try to do our best to finish in a good position at VLN3.”

‘Nippon‘ highly rated not only amongst the top teams

In addition to the top group, the classes in the popular mid-field of the VLN are very competitive. Amongst the total of 53 VLN production cars, class V4 (up to 2,500 cc) stands out with 26 cars. Popular as always is the BMW M240i Racing Cup class with 21 vehicles and the Cayman GT4 Trophy by Manthey-Racing with 13 cars. The icing on the cake at the third round will be provided by eleven group H cars. The elderly race cars will once again demonstrate that they have by far not yet lost their attraction. And here once again, the group includes a Japanese car: Vincent Schwartz with his Honda Civic Type-R.