Car sharing of a special kind – the Nordschleife welcomes the world as guestsadmin10. April 201913. April 2019 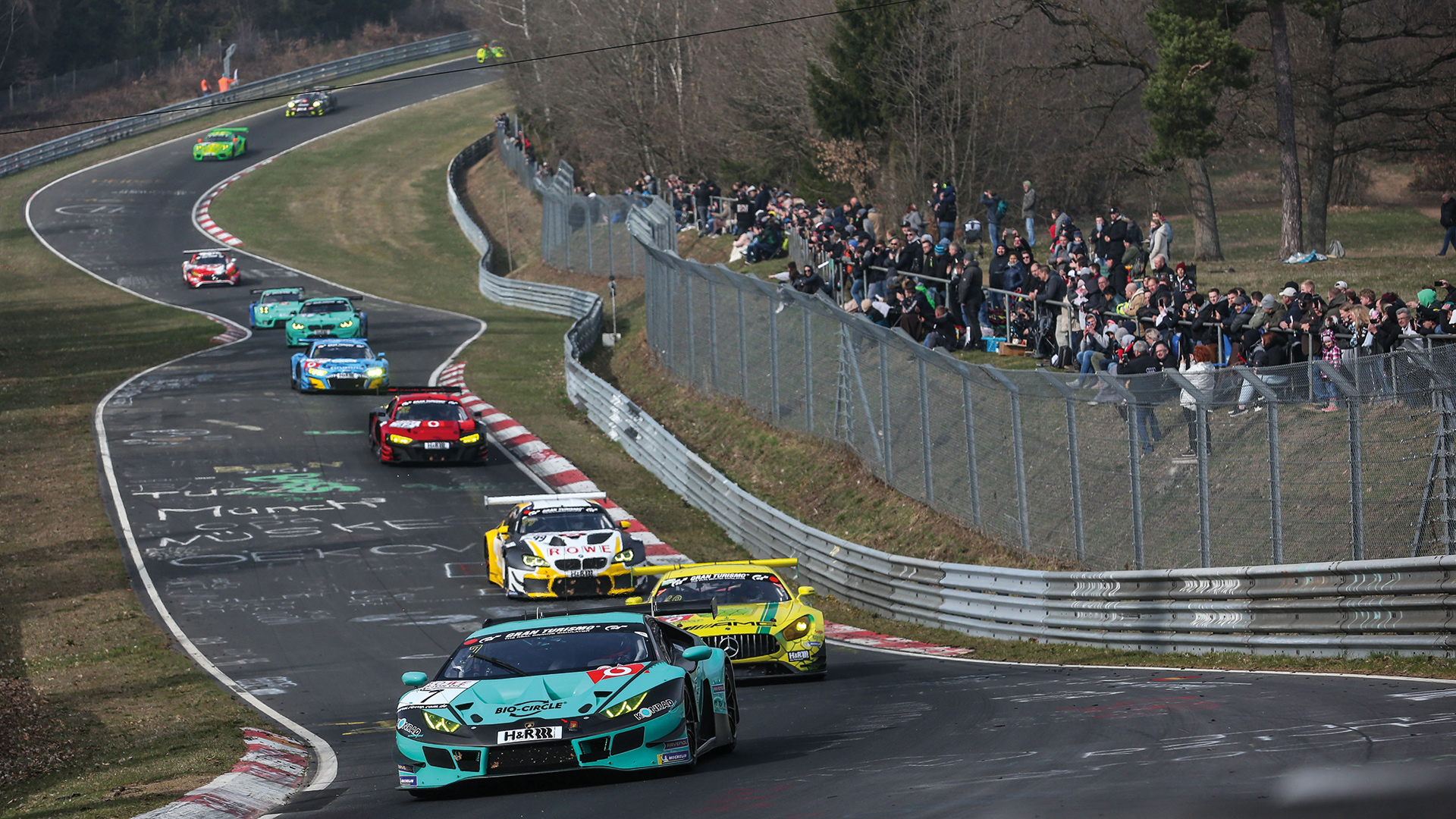 Globetrotter on a whistle-stop visit at the Nürburgring: Once more, drivers and teams from all over the world will again make a stop in the Eifel for the 44thDMV 4 Hour Race. If you put some marker pins on a world map, huge parts of the entire globe would be covered. 444 drivers from 28 nations have been entered in 193 cars. The VLN endurance championship is a top-class race event – there is hardly any other motorsport event in which the character of unifying people in sports becomes so apparent.

Guests from all over the world are in attendance. All of Europe, including countries such as Switzerland, Great Britain, Spain, Italy, Ireland, Finland, Portugal, Estonia, Belgium, Norway, Denmark, Bulgaria, Austria, Netherlands, Sweden or France, is present. Lovers of speed from Russia, too, will come to the Nürburgring. South America is represented by Argentina. Drivers from the United States can be found on the entry list, just as Thailand, Australia or Japan. And even pilots from the coast of the Persian Gulf, from the United Arab Emirates, come to submit their visiting card. One of them for example shares a Porsche Cayman GT4 CS in class Cup3 with a Bulgarian and a Danish driver. Car sharing of a very special kind. 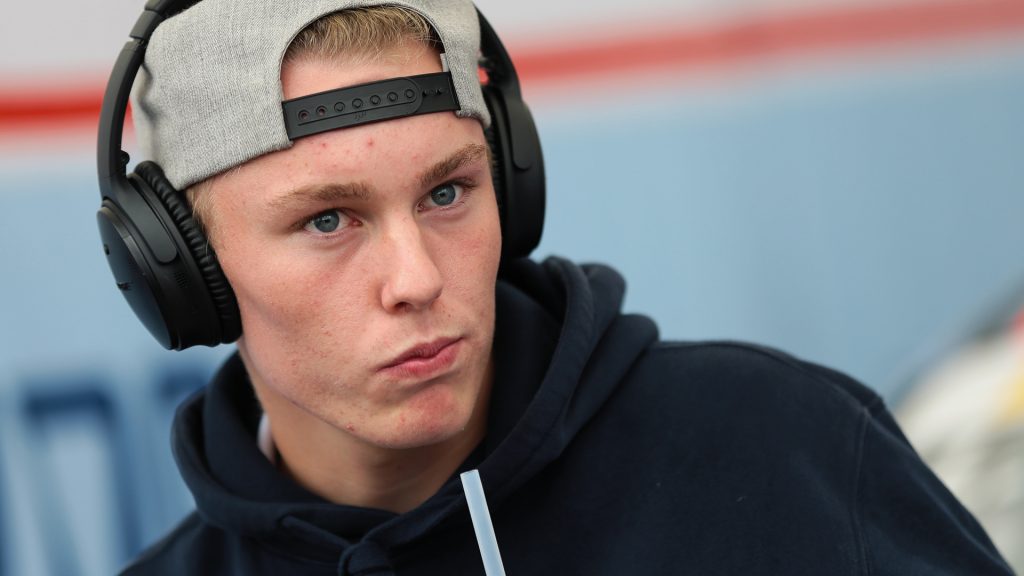 10.000 kilometres beeline to travel from Malaysia

Some drivers have to travel long distances to be part of the game on Saturday when the action starts again at the Nordschleife. Frederic Vervisch from Belgium for example started recently at a beeline distance of 2,500 kilometres, at the Circuit Moulay El Hassan in Marrakech in a round of the FIA Touring Car World Cup WTCR. If you go traveling, you’ll have stories to tell. This applies in particular to Franz and Luca Engstler. Last, Luca competed in two races at the Sepang International Circuit. The 19-years old is the current champion in the TCR Asia International Series.

The beeline from Malaysia to the Ring is not less than 10,000 kilometres. At VLN2, the youngster will for the first time start together with his father Franz in a Hyundai i30 N Fastback in the class of production cars VT2 as part of their preparation for the ADAC 24h-Race. “I hope I will not be as nervous as I am when I’m watching him racing in the TCR”, says former DTM driver Franz Engstler. “I am really looking forward to making the experience of racing together with my son – a great story. It will be the first test for the Fastback, so to say the maiden trip. That’ll be a huge challenge.”

Apart from the globetrotters, there are also drivers in the large field which have switched categories and teams. Christopher Brück is back with GetSpeed Performance. The 34-years old shares the wheel in the Mercedes-AMG GT3 with Fabian Vettel, Jan Seyffarth and Philip Ellis. Two years ago, Brück took the win in class SP7 in a Porsche 911 GT3 Cup together with Frank Kräling and Marc Gindorf for the team of Adam Osieka. After having taken the seat in a Nissan GT-R Nismo GT3 at VLN1, Tom Coronel will now drive for Konrad Motorsport and share a Lamborghini GT3 with Michele Di Martino. After two years in a Frikadelli-Porsche, Lance David Arnold will sit behind the steering wheel of a Mercedes AMG GT3 of the Mann-Filter Team HTP Motorsport together with Maximilian Götz and Christian Hohenadel. 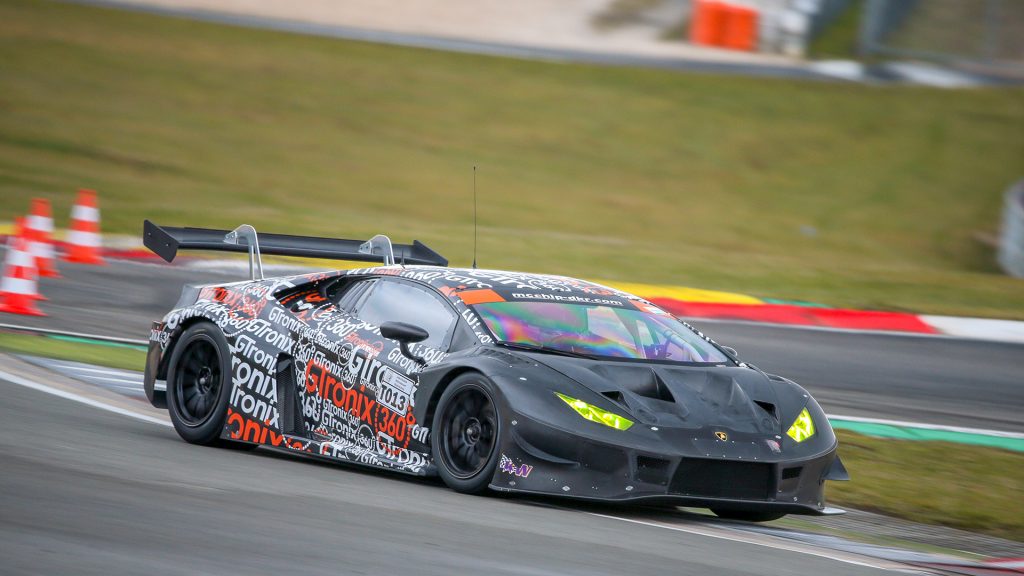 Exotics in the field Feld: Huracán and Ginetta

Exotic spots of colour will be provided by two exotics. After two years with the Renault R.S. 01, the mcchip-dkr-Team switches to a Lamborghini Huracán GT3 Evo. “Dieter Schmidtmann” and Heiko Hammel will surprisingly already start at VLN2 in the SP9 class Pro-Am. But it will not only be the Italian bull of the team from Mechernich/Germany that will attract attention in the Eifel. Ginetta sends a works-supported G55 GT4 in class SP10 to the start of the second VLN round. The car supplied by the British company based in Leeds will be driven by Alexey Veremenko from Russia, Kärsten Krämer and Heiko Tönges. It will be serviced by KKrämer Racing. The brand name Ginetta by the way refers to the Italian actress Gina Lollobrigida. Ginetta boss Lawrence Tomlinson: “The new partnership with KKrämer Racing provides a fantastic opportunity for us to also show in the German motorsport market what we are capable of. The Nürburgring Nordschleife is one of the biggest challenges in motorsport worldwide.”

Classes V4 and Cup5 with the greatest numbers of participants

The best-known drivers can, as so often, be found in the top-tier class with an entry of 19 cars. In addition to teams such as Falken Motorsports, Phoenix Racing, Iron Force Racing, Audi Sport Team Car Collection or Walkenhorst Motorsport, this worldwide biggest grassroots series of the world will also host the Montaplast Audi Sport Team Land with drivers Renè Rast and Christopher Mies as well as the BMW Team Schnitzer with Martin Tomczyk, Sheldon van der Linde and Timo Scheider at its second round. The cars with the largest numbers of cars are the V4 with 27 and the Cup5 with 22 vehicles.