The championship is on its finish straight 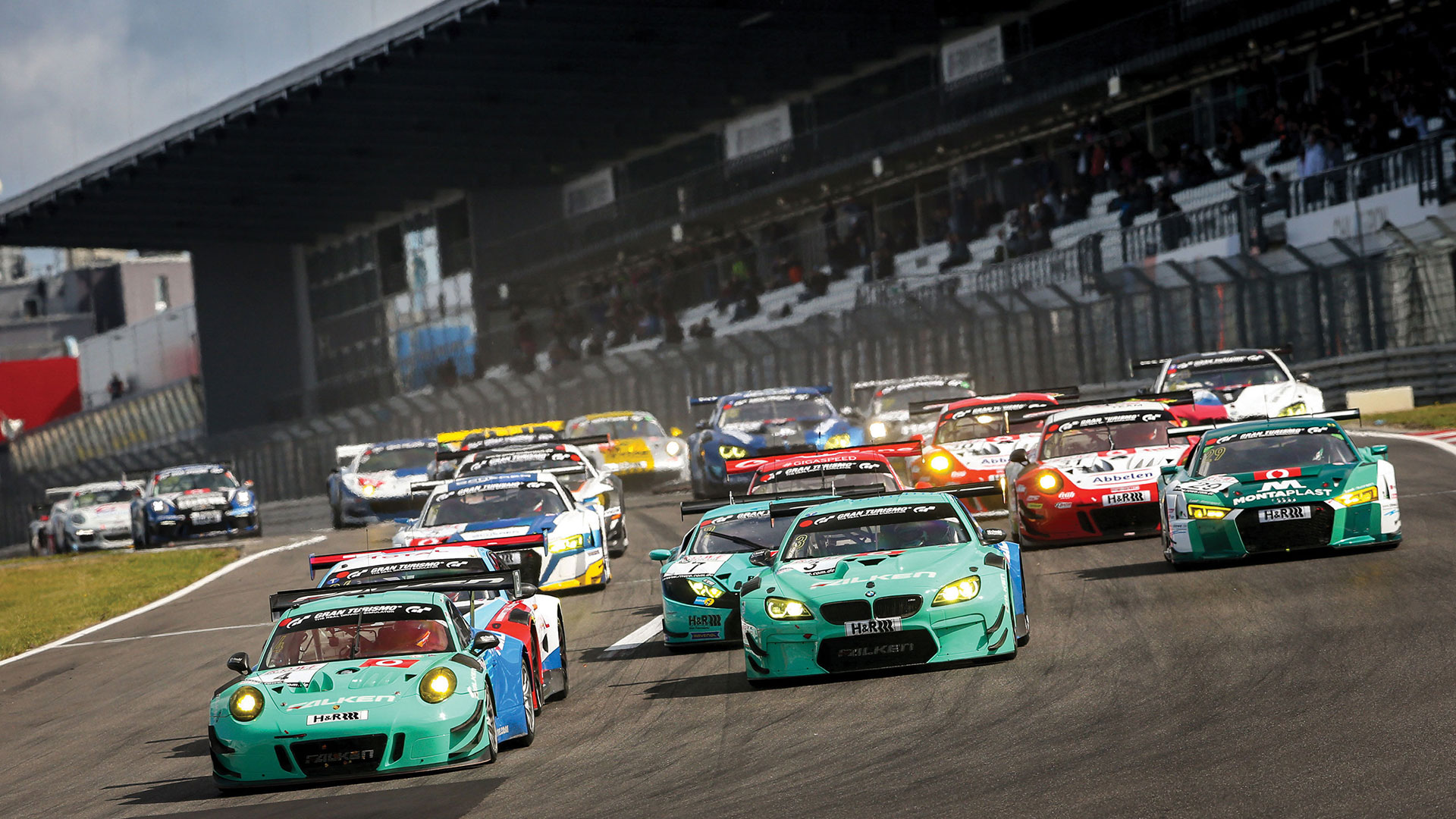 The last third of the Nürburgring VLN endurance championship season will begin this Saturday, 23rd of September. The seventh out of ten races of the season marks for all the participants in this unique racing series the start into an exciting final spurt of the championship. The hot phase begins with the 58th ADAC Reinoldus-Langstreckenrennen organised by the Dortmunder MC. Apart from the fights about points and positions in the various classes, the prestigious overall win will again be in the focus on Saturday. Who will be able to secure in advance a decisive advantage?

About 160 cars – starting from production-based competition touring cars up to the most sophisticated GT3 race cars – will start the race over the 24.358 kilometres long combination of the Nürburgring Nordschleife and short version of the Grand Prix Circuit exactly at 12 o’clock to see who will be the winner after the traditional VLN race distance of four hours.

After two test participations of the Porsche 911 GT3 R in the 2019 specification under the responsibility of Manthey-Racing, a customer team will now for the first time get a chance. Falken Motorsports, double winner at VLN race 6, has entered the GT3 nine eleven of model range 991.2 at the seventh round of the VLN series. A strong support for the technical team around this Porsche, Schnabl Engineering, will be provided by Manthey-Racing and Porsche. The steering wheel will be shared between Falken regular driver Martin Ragginger and the Porsche works drivers Nick Tandy and Laurens Vanthoor. Ragginger, together with Klaus Bachler, recently took the first Porsche victory for the team of the Japanese tyre manufacturer. The paint finish of the Porsche with start number 4 will be noticeably inconspicuous, just as during the previous participations under the control of Manthey-Racing. The camouflage design was only adjusted to the Falken colours of turquoise and blue. The sister car will be driven by Scotsman Peter Dumbreck and Stef Dusseldorp from the Netherlands. The final homologation has not yet been issued for the Falken-Porsche which is therefore entered in class SPX and not in GT3 class SP9. 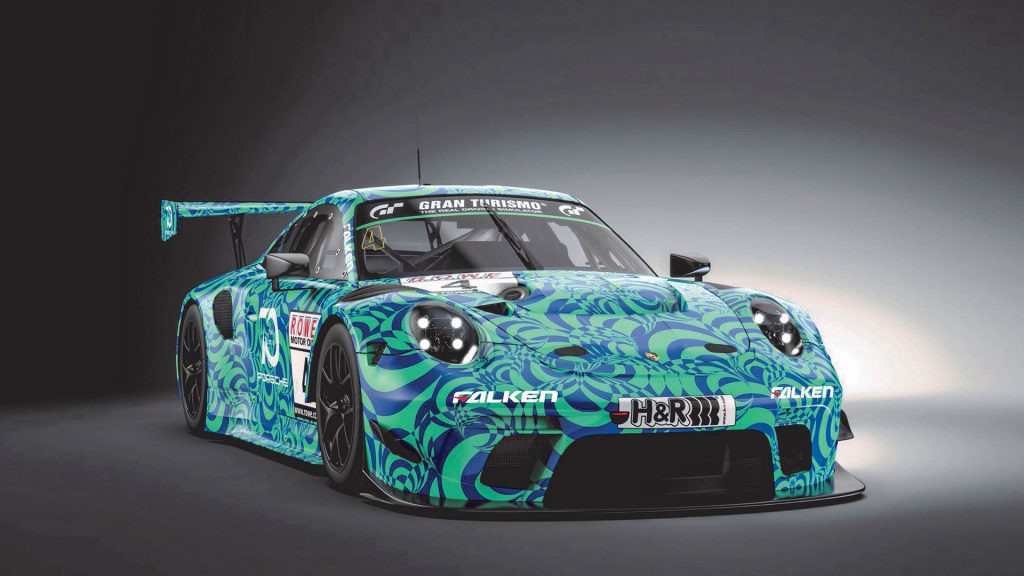 In the latter class, all of the VLN top teams will be at the start. The race win will be decided amongst Black Falcon (Mercedes-AMG GT3), Car Collection Motorsport (Audi R8 LMS), Frikadelli Racing and GetSpeed Performance (both with Porsche 911 GT3), Konrad Motorsport (Lamborghini Huracan GT3), Walkenhorst Motorsport (BMW M6 GT3 and Z4 GT3) and the Wochenspiegel Team Monschau (Ferrari 488 GT3).

Back at the start #1: Mike Jäger

Ferrari is also the dominating make in the championship lead. With the 458 of racing one, Christian Kohlhaas and Stephan Köhler recently celebrated their sixth class win at the sixth championship race. Not at the start in this last race was Mike Jäger who had completed the trio in the first five races. For personal reasons, the 47-years old race driver from Kaiserslautern/ Germany wanted to finally stop racing after having developed such thoughts already by the end of last year. So Jäger followed the sixth VLN race as spectator. To further satisfy his obsession for speed, he acquired a racy and high-performant motorcycle. Loud protests on the part of his family and friends followed, claiming that this was “much too dangerous”. The consequence: Jäger will finish competing in the VLN season and further fight for the championship. Thanks to the rule that two results will not be taken into consideration for the final championship classification, missing just one race should not have a heavy impact. The motorcycle is currently up for sale again. 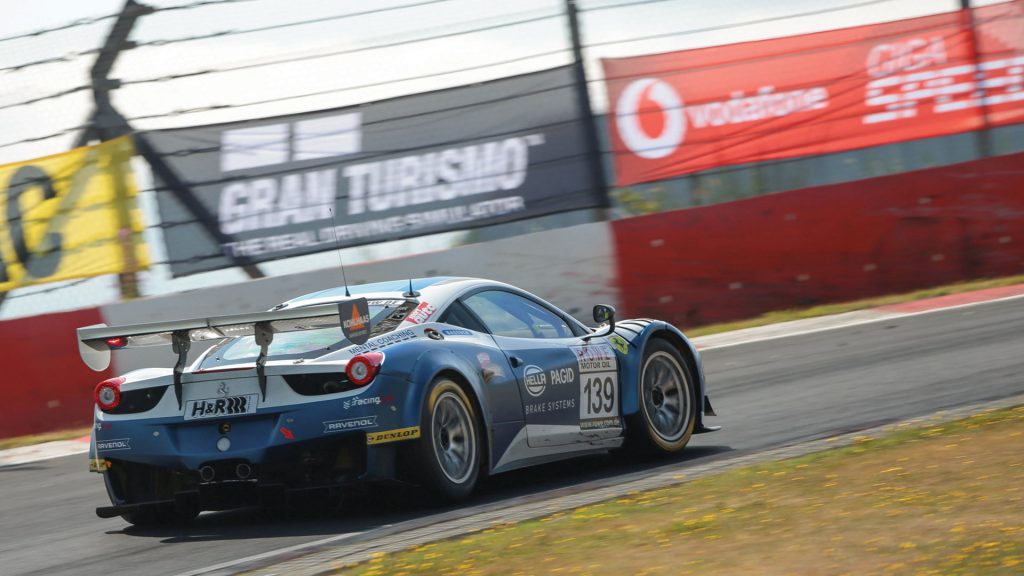 Back at the start #2: John Shoffner

John Shoffner suffered a heavy accident with his Porsche 911 GT3 Cup of GetSpeed Performance at the sixth VLN race. It is only due to the high safety standards of the current race cars in the VLN that, apart from some really minor injuries, the US citizen was not injured after his multiple rollover at the section Flugplatz. Accordingly, Shoffner’s highest priority was to get back into the race car as quickly as possible. While that may sound simple enough, it was a big challenge for the team based in Meuspath near the Nürburgring but which the crew around Adam Osieka mastered. As, due to the short time available, it was not possible to get another race car, the vehicle with start number 101 was completely reassembled from single parts – and this in record time. At the Reinoldus-Langstreckenrennen, Shoffner will start again with his life companion Janine Hill and Fabian Schiller. 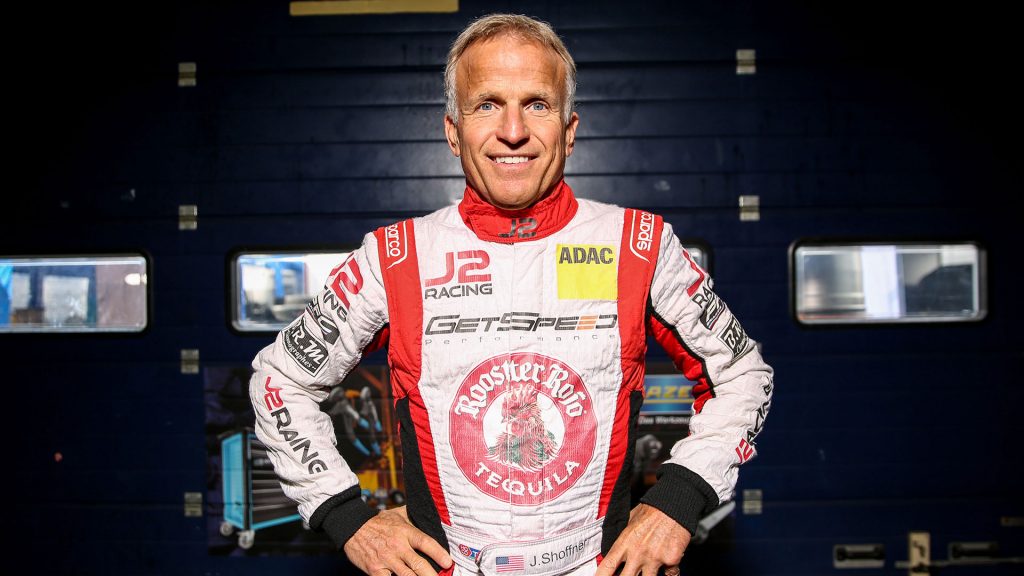 The race will start at 12 o’clock on Saturday. The grid positions will be decided previously in the timed practice which will take place between 08.30 and 10 am. Tickets are available on the official website VLN.de and at the box-offices on-site. At a price of family-friendly 15 euros per person – young people up to the age of 14 years will have free entrance – the fans may experience motor-racing at close range. The tickets include access to all open grandstands at the Grand Prix Circuit as well as to the paddocks. There is a lot to discover during the pitwalk between the qualifying and the race and the spectators have the opportunity to meet the stars of the VLN first-hand on the starting grid which is accessible for everyone. The complete live broadcast of the race will be available in the free stream on VLN.de from 11.15 am.