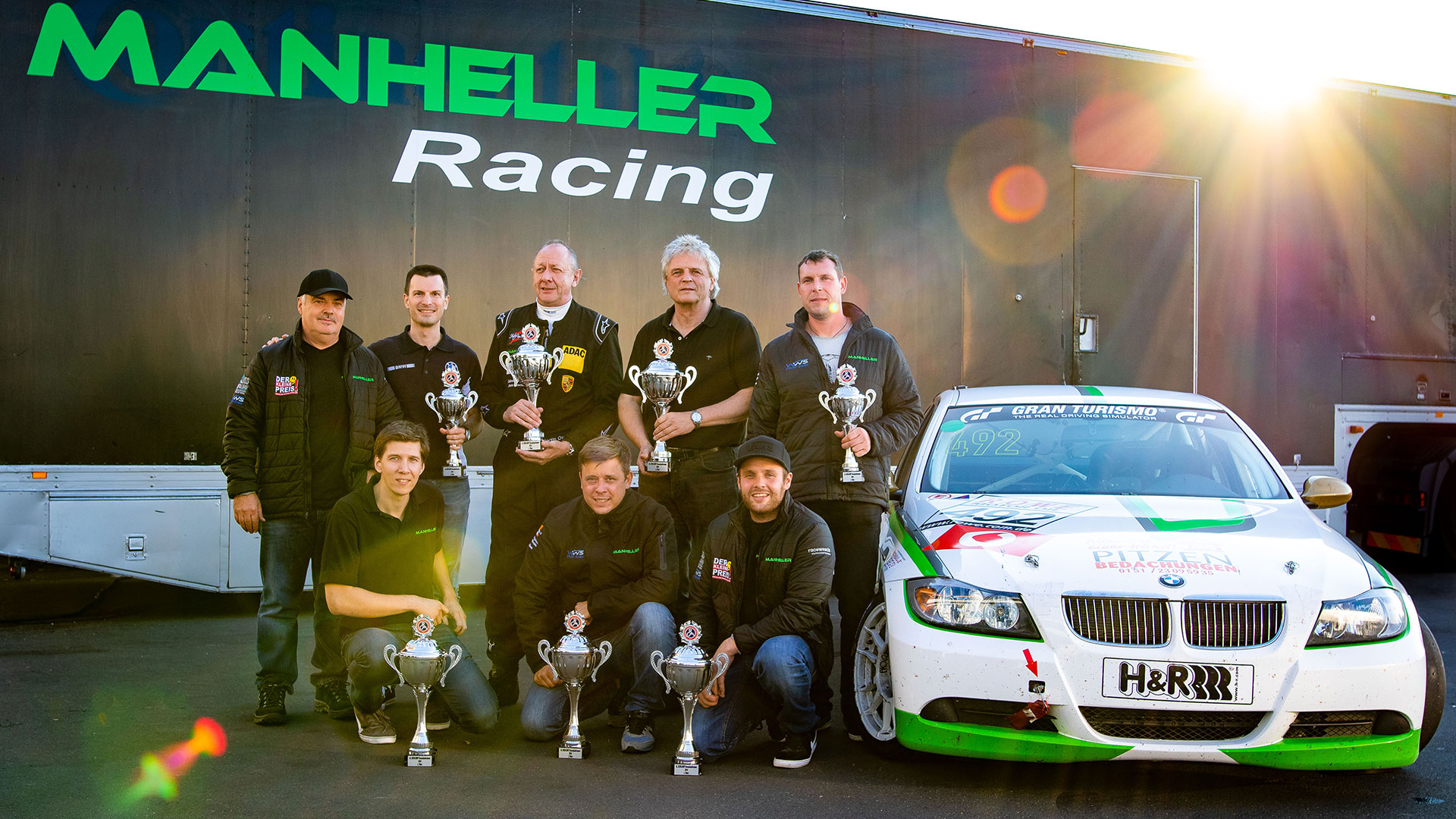 Manheller Racing celebrated two wins at VLN race 6. After a race distance of four hours, Marcel Manheller and Carsten Knechtges crossed the finish line in first place of class V4. Josef Knechtges, Martin Owen and Jens Noeske of the same team won class VT2 with the new BMW production vehicle. “That was a fabulous day with an almost perfect result. We have tried a few issues today so that we are well positioned now for the coming races”, said Team Principle Stefan Manheller.

The team had entered four own cars. In addition, they serviced a fifth car and could hence also celebrate a fourth place in V4, achieved by the driver crew of Markus Fischer, Marco Zabel and Harald Barth. The WWS-BMW M3 GTR with Kurt Strube and Stefan Manheller behind the steering wheel did not make it to the finish due to engine problems.

The two class winners of the race demonstrated their excellent performance already in the morning qualifying when they both gained pole position in their respective class. Nonetheless, both crews established themselves further at the back after the start. “It was in particular thanks to the fast pit stops of our team that we were able to make up positions,” said Manheller. The sister car had taken the start from tenth grid position and made a good job in moving up to third place in the meantime. “Finally, we had to let one competitor pass, but we had nevertheless great fun”, said Markus Fischer.

The VT2-BMW in contrast pursued a conservative strategy and made up places in particular due to its reliability. With their victory, a dream has come true for driver Martin Owen who contested his second ever VLN race: “Everything simply fit together perfectly today, the racing series is extremely good fun.” The serviced car with drivers Bernd Kleeschulte and Florian Quante had to take a late start from the pits due to gearbox problems and used the remaining mileage for testing.

Manheller and Knechtges are currently in 27thposition of the VLN standings – for the time being. According to the sporting regulations, only seven results achieved in the nine races will be taken into consideration for the final classification. Under consideration of this factor, the chances for the duo to gain the championship are still good. “We cannot afford any more mistakes, though”, said Team Principle Manheller.