Figures around the first half of the season 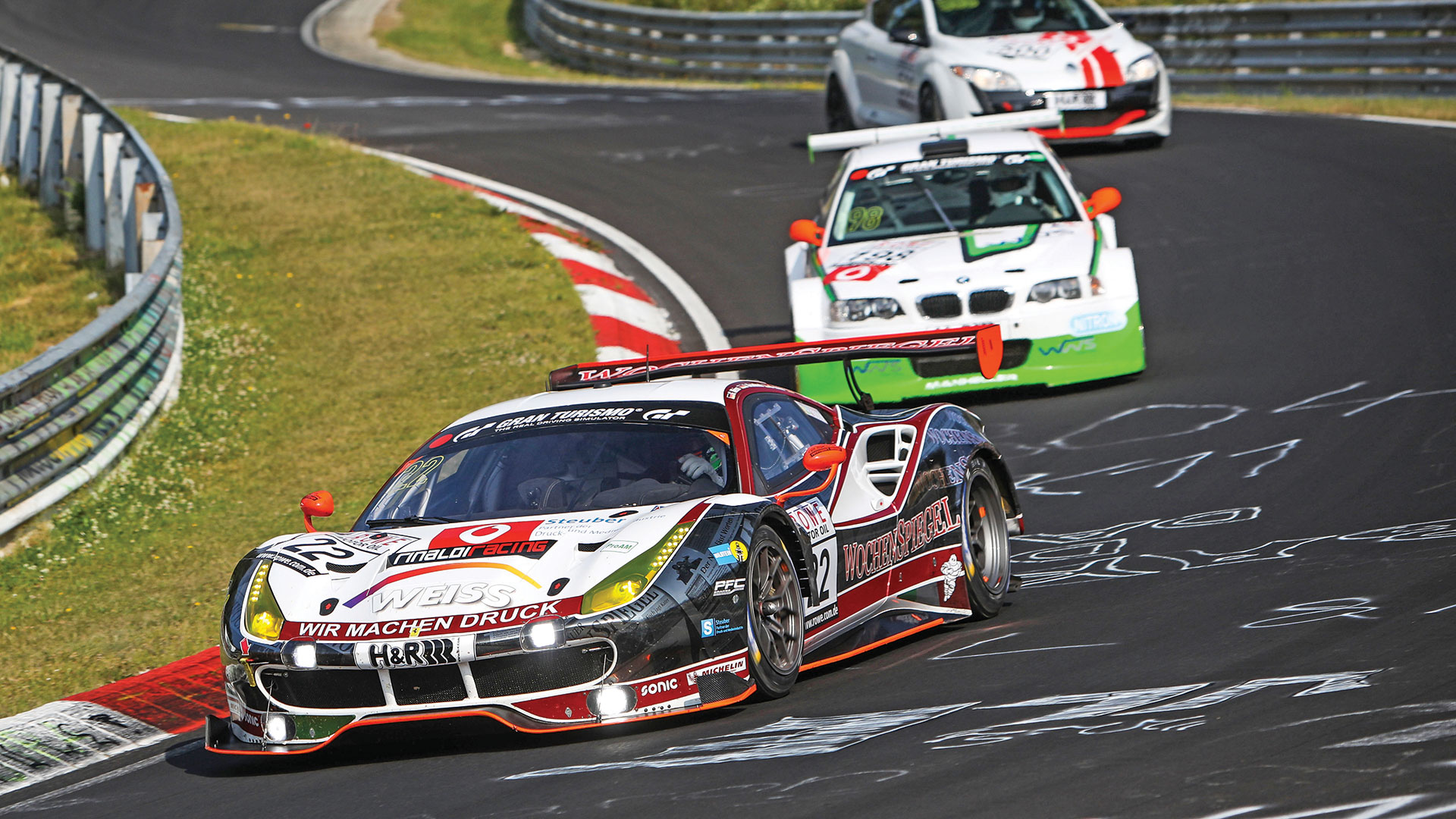 Five races are over in the VLN season 2018 and the protagonists have made history. The mid-term review is highly positive.

It seems that 2018 will be a good year for the VLN. In races one to five, four different teams have taken the victories. After the win of Manthey-Racing with the “old” Porsche 911 GT3-R at the season opener, Frikadelli-Racing followed up with two more Porsche wins in races three and four. Round two, the rehearsal for the Nürburgring 24h Race, was decided in favour of ROWE-Racing and their BMW M6 GT3 whilst the highlight of the season, the 6 Hour ADAC Ruhr-Pokal-Rennen, was recently dominated by Black Falcon with the Mercedes-AMG GT3.

In terms of pole positions, the situation was likewise relatively balanced with a slight advantage for Porsche. Two times, Manthey-Racing became first in the qualifying and the Frikadelli-Team took pole position once. The pole gained by the Wochenspiegel-Ferrari at race three attracted a great deal of attention. The fastest qualifying lap, however, was set by Adam Christodoulou in the Mercedes-AMG at the 6h Race. The time of 7:55.723 minutes was primarily attributable to the perfect conditions at moderate temperatures. The gap between the first and the last in the top ten qualifying positions was maximum 10.274 seconds (round 4). The closest battle was fought at the second race where the top ten cars were separated by only 4.071 seconds in total.

The races, too, were marked by very tight battles. The closest finish was timed at the second round when the ROWE BMW and the Black-Falcon Mercedes AMG were separated by not more than 8.789 seconds at the finish after 27 laps. The highest average speed with 168.840 km/h was achieved by Lance-David Arnold and Felippe Fernàndez Laser at the third race.

The Wochenspiegel-Ferrari set by far the fastest lap time at the third VLN race. Jochen Krumbach completed the 24.358 kilometres long combination of the Nordschleife and the short version of the GP circuit in 8:00.788 minutes, corresponding to an average of 182.386 km/h.

The figures in relation to the overall starters speak for themselves. The average of 167 cars started at each qualifying session. The total of 855 drivers from 35 different countries with race cars of 24 different manufacturers had been at the start. They covered hereby the total of 17,669 laps and a distance of 430,575.86 kilometres.