Home game for the MSC Adenau 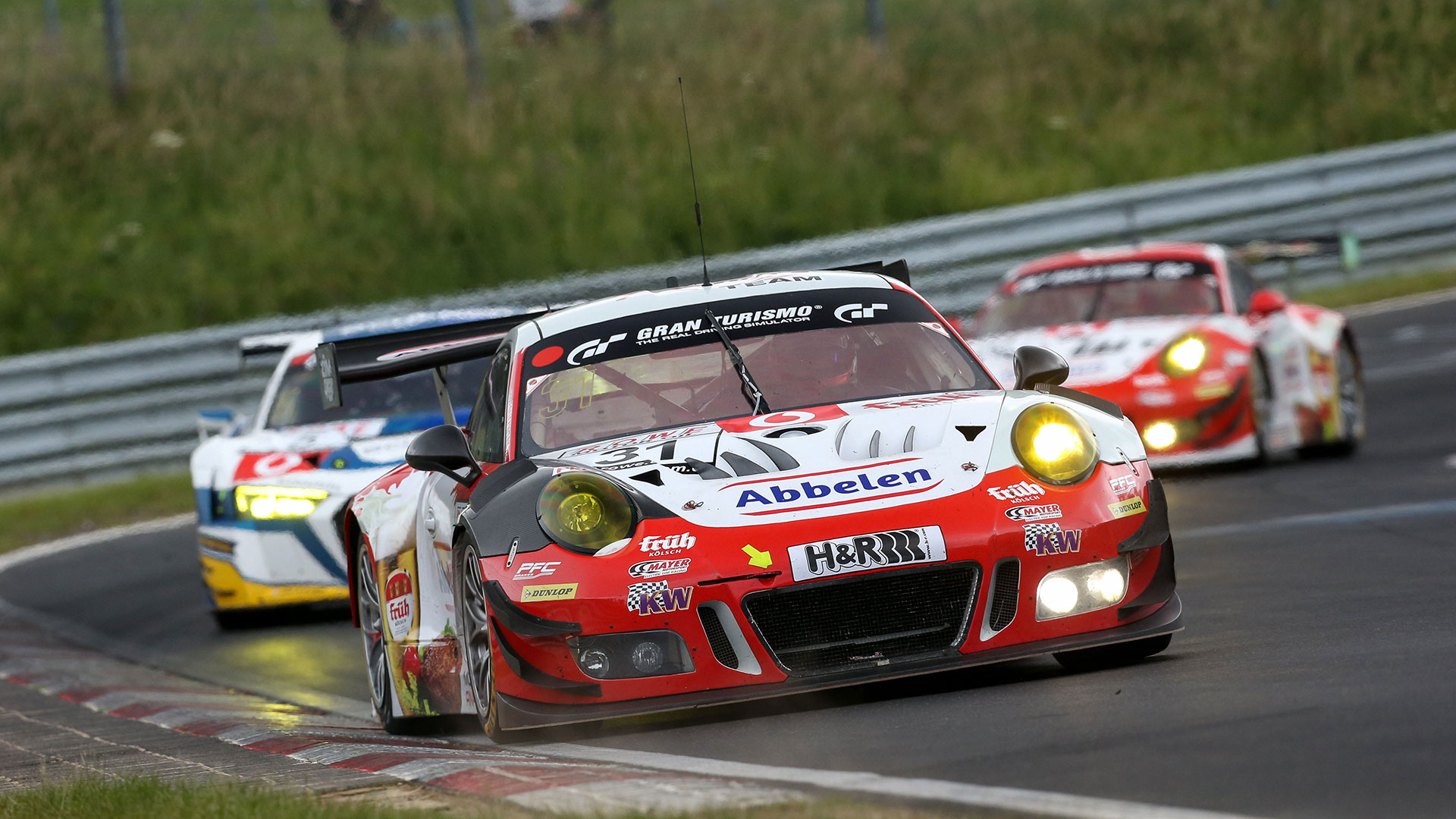 Tim Scheerbarth, Dale Lomas, Christopher Brück, Frank Kräling, Mike Jäger, Andreas Gülden and Marcel Manheller, to name but a few. A list which reads like the who-is-who of the VLN. These successful race drivers have accumulated endless class wins. And they all have one thing in common: Next weekend, they will have a home game at the 49th Adenauer ADAC Rundstrecken-Trophy. They are all members of the MSC Adenau, the club which organises the fourth round of this worldwide biggest grassroots series.

The MSC Adenau was founded in 1969 and has almost 500 members. The Chairman Alfred Novotny recently received the award for the most successful club within the district of the ADAC Mittelrhein already for the twelfth time. It is also worth to mention founding member Johannes Scheid. In addition to countless class and group victories, he won the endurance championship five times and the 24 hour Race twice.

The flagship and most important event organised by the MSC Adenau is without any doubt the race Adenauer Rundstrecken Trophy which is a traditional round of the VLN series at the legendary Nordschleife every year. Frikadelli Racing arrives at VLN race 4 with full motivation. The strong will to succeed of the team around Klaus Abbelen and Sabine Schmitz, who by the way are also members of the MSC Adenau, is far from being satisfied after their successful result at the third VLN race. The Frikadelli team will again be at the start with two powerful cars. Schmitz and Abbelen will share the more than 500 HP strong 911 GT3 R with number 30 with Felipe Laser. Lance David Arnold in the Porsche with start number 31 will be supported by Norbert Siedler, the regular driver in the Frikadelli crew. “Our victory at the third VLN race demonstrated that our targets had not been too ambitious. We had to wait a little more than three years to achieve our sixth win in the VLN – from my point of view, nothing speaks against us finishing in first position again this Saturday,” says Abbelen. “I was very happy at VLN race 3 and deeply impressed by our Porsche, the performance of the car was simply fantastic – and this despite an extremely fast race with many lap times around 8.03 minutes”, adds Lance David Arnold, one of the winning drivers. 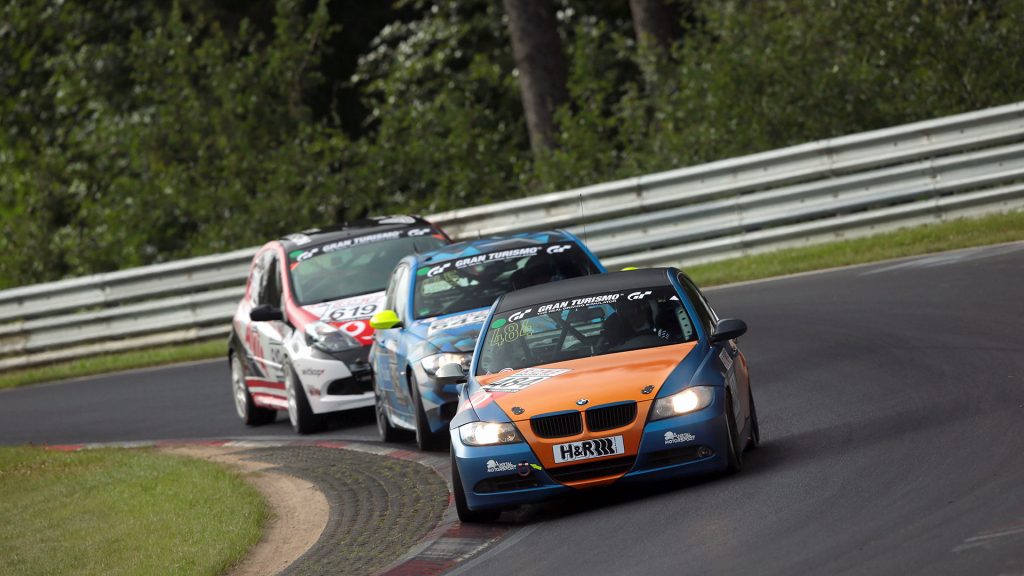 Marc Roitzheim of Ahrtal-Motorsport, too, will have a home game. The driver of the MSC Adenau took fourth place out of 22 cars in class V4 together with his team mate Uwe Petersen in their BMW E90. The second car of the team with Andreas Schmidt behind the steering wheel became 13th after a tyre damage. “It was a great, but tough race. We are happy to be right up to the pace again after some modifications on the car”, says team manager Roitzheim. Even though Ahrtal-Motorsport, finishing fourth, missed a top three position, they collected many points and two trophies: “We wish to be back on the podium, so we will make some smaller improvements on our car for our next race,” says Roitzheim.

Andy Gülden also took a number of trophies at VLN race 3. At the 60th ADAC ACAS H&R Cup, Mathilda racing celebrated their second victory of the season with the Seat Cupra TCR in the very competitive TCR class. The racing team from Cologne moreover gained pole position and set the fastest lap time in the race. Gülden convinced already in the qualifying. With his lap time of 8:45.166 minutes, the chief instructor of the “Nürburgring Driving Academy” set a new lap record for TCR vehicles. “A brilliant lap of Andy”, said Mathilda Team Principle Michael Paatz. Starting from first grid position, Gülden defended their lead in a superior way before he changed the car to Moritz Oestreich, a newcomer in the team. “Moritz managed to integrate himself in the team very quickly and showed a clean performance”, said Paatz happily. Andy Gülden took over the final stint and, after the race duration of four hours, brought the Cupra TCR into first position of their class and into a strong 21st overall place. It was the second victory in a row for mathilda racing. 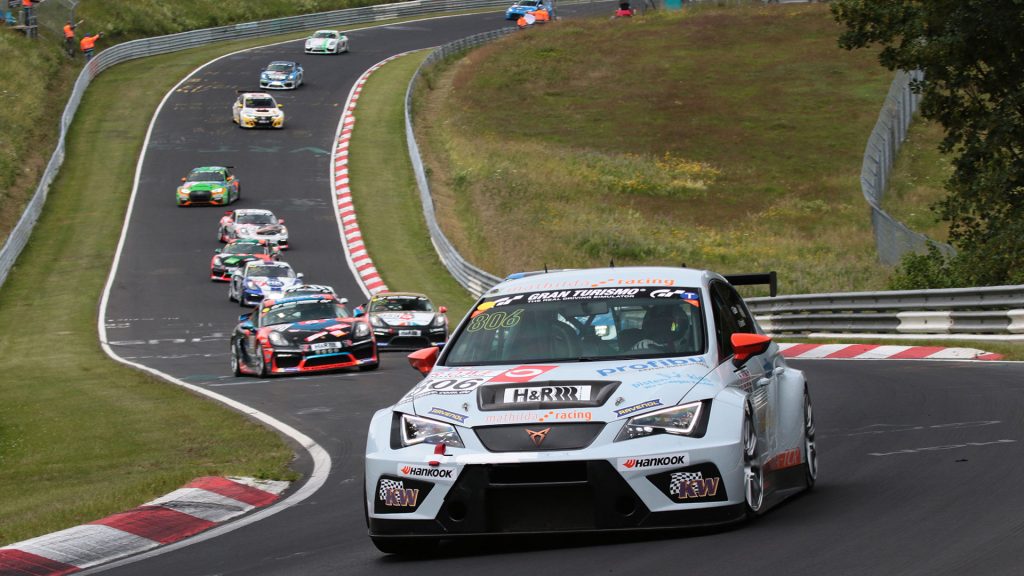 The 49th Adenauer ADAC Rundstrecken-Trophy will run over the traditional distance of four hours. The start of the race will be given at 12 o’clock precisely. The grid positions will be decided previously in the timed practice which will take place between 08.30 and 10 am. Tickets are available on the official website VLN.de and at the box-offices on-site. At a price of family-friendly 15 euros per person – young people up to the age of 14 years will have free entrance – the fans may experience motor-racing at close range. The tickets include access to all open grandstands at the Grand Prix Circuit as well as to the paddocks. There is a lot to discover during the pitwalk between the qualifying and the race and the spectators have the opportunity to meet the stars of the VLN first-hand.