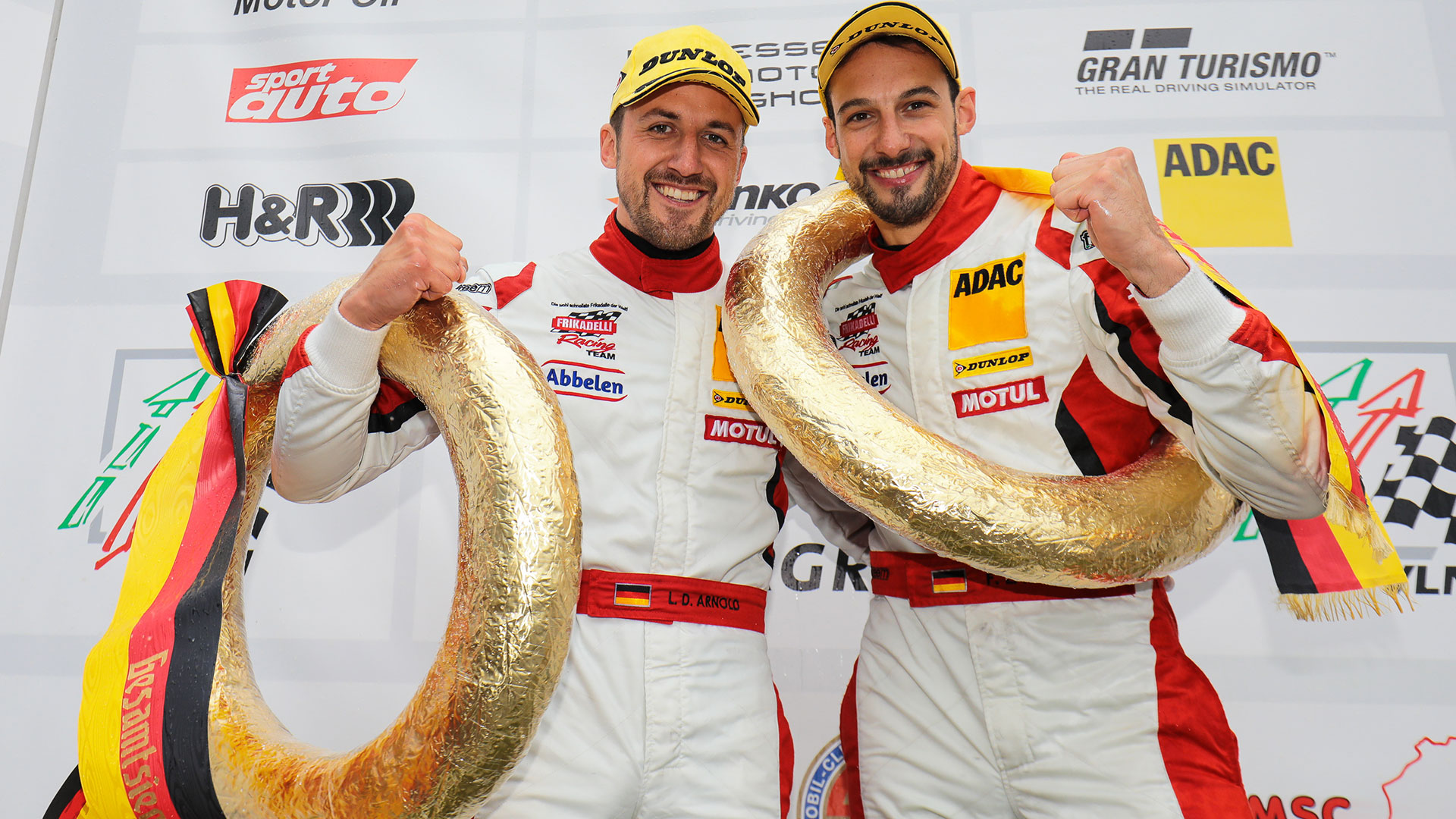 Frikadelli Racing had to wait three years – or, to be more precise, 1,099 days – to score another victory in the VLN. The team from Barweiler near the Nürburgring finally made it at the 60th ADAC ACAS H&R with the drivers Lance David Arnold and Felipe Fernàndez Laser and took the overall win – the sixth in the history of the team. At the finish, the driver duo in the Porsche 911 GT3 R had an advance of 34.506 seconds ahead of Frank Stippler and Vincent Kolb in the Audi R8 LMS of Phoenix-Racing. Into third place finished the last year’s winners Georg Weiss, Oliver Kainz and Jochen Krumbach in the Wochenspiegel Ferrari.

It was not an easy win for the local heroes as the Frikadelli Porsche made it only last minute into the starting grid. After an accident in the qualifying, the team made all efforts to get the Porsche ready in time for the race. “I went off the track at Breidscheid and our mechanics started already on the spot to dismantle the damaged parts. They tried so hard then after the end of the session. They contributed to our success to a significant part”, said Laser who celebrated his second victory in total. “Our first place is last but not least balm for my soul also because in the last years, I had already been so close to this trophy but had to had to suffer some setback.” Arnold added: “Today, I felt very comfortable in the car right from the beginning. So we were in a position to fully attack.”

With second place, Phoenix driver Kolb took a podium position right away at his first GT3 race at the Nordschleife. “This is incredible”, he said. “I am so happy as I would never have expected to be so successful straightaway.” From the point of view of the 23-years-old, his team mate and mentor Stippler played a very important part in this. “I learn a lot from him”, he admitted. “We compared and analysed the data together. There is still room for improvement on my side. But I am very confident after this successful debut.” 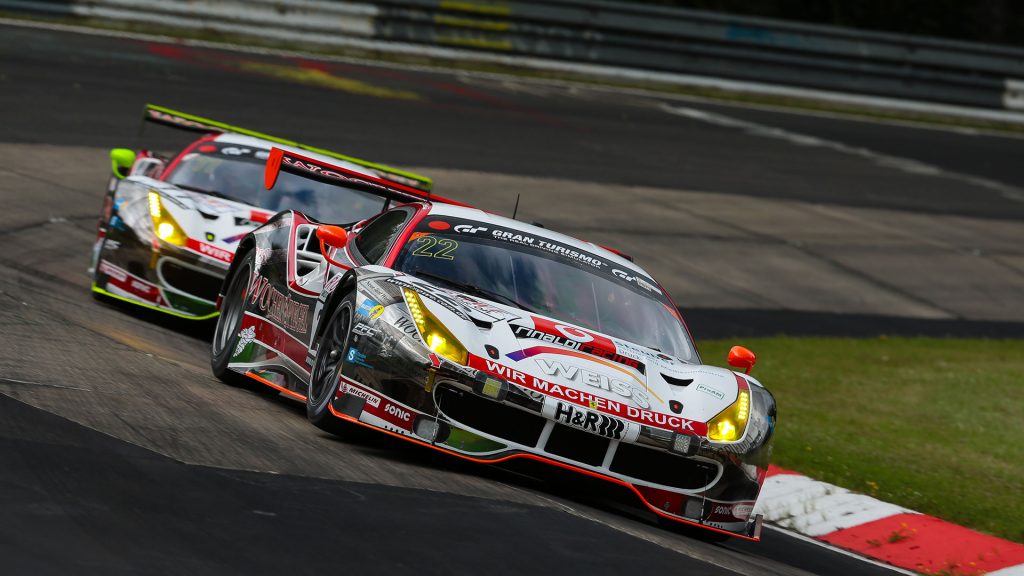 The Wochenspiegel Team Monschau celebrated a historical success already in the qualifying. Christian Menzel, who shared the second Ferrari of the team with Leonard Weiss, set the fastest time with 7:58.060 minutes. He thus displaced his team mate Krumbach from pole position in the very last minute, his advance was only 1.458 seconds. This was the first time in the history of the endurance championship that two Ferrari occupied the two positions on first row of the grid. “The third race seems to suit me”, said Weiss who celebrated his 59th anniversary on the previous day. “We never expected that fantastic result in the qualifying, it was quite difficult in the beginning to set fast lap times.” Krumbach added with a big smile: “I knew exactly where I lost time in the practice. So I was able to accept that he stole the pole from me. Finally, I passed him then quickly in the race.” Menzel / Weiss suffered some technical problems in the race and lost five laps to the leaders as a consequence.

The fourth round of the VLN endurance championship Nürburgring will already take place in two weeks. The 49th Adenauer ADAC Rundstrecken-Trophy on 7th of July will run over the traditional distance of four hours.