After the 24h Race is before the VLN 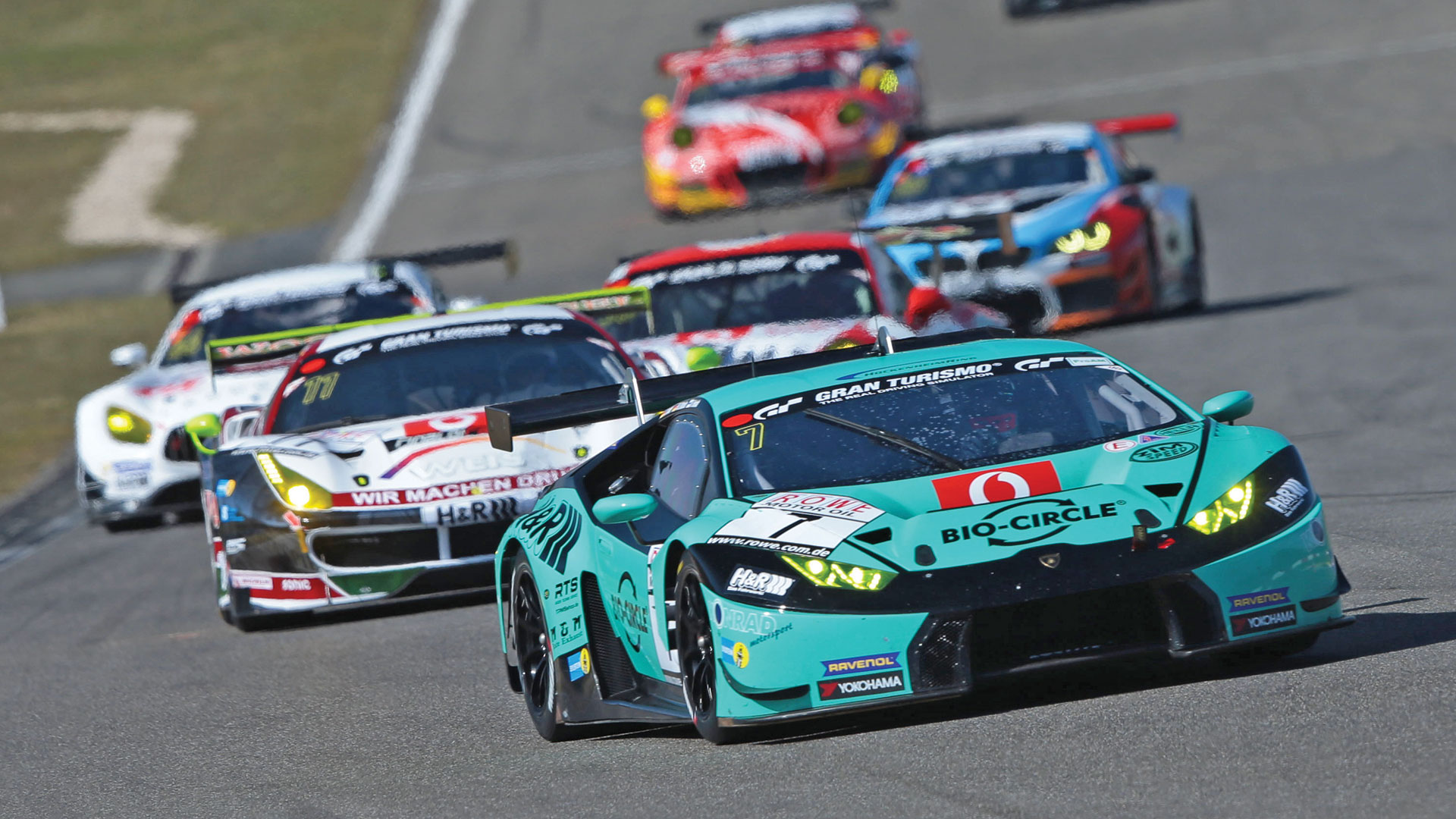 After a break of eleven weeks, the calendar of the VLN endurance championship Nürburgring will be resumed with full speed next weekend. The series will continue with the 60th ADAC ACAS H&R Cup, the third round of this biggest grassroots series. On Saturday (23rd June), about 170 race cars will bring their speedometer needles towards the limit at the famous Nordschleife. In the first two races at the Eifel track before the break due to the legendary Nürburgring 24h Race, the drivers already performed extremely well.

Even the weather was keeping up. In bright sunshine, the great numbers of fans experienced right two motor sport festivals. Kévin Estre, Earl Bamber and Laurens Vanthoor took the victory at the VLN season opener in a Porsche 911 GT3 R of Manthey-Racing. After 28 laps (4:07:04.241 hours), the advance of the driver trio ahead of the second-placed Markus Winkelhock and Nico Müller, who were competing for the Audi Sport Team BWT in an Audi R8 LMS, was 51.838 seconds. The top three were completed by Klaus Bachler and Sven Müller in the Porsche 911 GT3 R of Falken Motorsport. At VLN race 2 then, the top four positions were occupied by four different makes which were separated by only 19.404 seconds. At the end of the 43rd DMV 4 Hour Race, Jesse Krohn and Connor De Phillippi celebrated their first win of the season with a BMW M6 GT3 of ROWE RACING. 8.789 seconds behind the winners, the team of Maro Engel, Adam Christodoulou, Manuel Metzger and Dirk Müller crossed the finish line with the Mercedes-AMG GT3 of Black Falcon. Finishing in third place, Klaus Bachler and Martin Ragginger in the Porsche 911 GT3 R of Falken Motorsport achieved their second top three position in a row. Sheldon van der Linde and Marcel Fässler finished fourth and just missed a position on the podium with their Audi R8 LMS of Land Motorsport.

In 2017, Team Principle Weiss made himself a present

Last year, there were only smiling faces on the top of the prizegiving podium. Two days after this 58th anniversary, Georg Weiss made himself the best present ever at the Nürburgring: Together with Oliver Kainz and Jochen Krumbach, he celebrated the first VLN victory for the Ferrari 488 GT3 of the Wochenspiegel Team Monschau at the 59th ADAC ACAS H&R-Cup. Their lead over Otto Klohs, Mathieu Jaminet and Lars Kern in the Porsche 911 GT3 R of Manthey-Racing was 52.755 seconds. Into third placed finished Michael Ammermüller and Jeffrey Schmidt with the Audi R8 LMS of Montaplast by Land-Motorsport. “I am extremely happy that, after ten years, our team finally scored the first victory. That is an amazing experience,” said Team Principle Weiss. After many years of competitions with Porsche race cars, WTM Racing used for the first time a Ferrari 488 GT3 in all the VLN races of the season 2017. This year again, Weiss has no reason to be pessimistic, even though the competition will be on a high level, very colourful and in large numbers.
The total of 13 GT3 cars, including Porsche, BMW, Audi, Ferrari, Mercedes-AMG, Lamborghini and the Ferrari, will be competing against each other.

Lada Vesta TCR to make their debut outside of Russia

With 21 participants, the V4 class of production cars over 2,000 and up to 2,500 cc will have the greatest number of cars at the start of VLN race 3. All of these cars are BMW 325i vehicles. The Cup5 class with 15 starters, though, does not have to hide behind and it also incorporates the current overall leaders. Yannick Fübrich and David Griessner of the Team Pixum Adrenalin Motorsport are if first position of the championship. The driver duo will come upon a famous challenger. Marvin Dienst will make his debut in the VLN with Franz Josef Georges and Welf Hermann. The 21-years-old is the ADAC Junior Motorsport Man of the year 2017 and became vice-champion in the class GTE-AM Endurance Trophy right away in his first year in the World Endurance Championship (WEC).

The TCR class will figure another interesting participant. Lubner Motorsport has entered a Lada Vesta TCR. The car is the first Lada Vesta TCR worldwide to take part in a race outside of Russia. The cockpit will be shared amongst Jens Wulf, Lukas Thiele and Andrei Sidorenko. The trio has already raced together in the first two VLN rounds in an Opel Astra TCR. Well underway will also be the KTM X-Bow Cup. With Teichmann Racing and Schmickler Performance, the entry list shows long-time VLN teams.

The Renault Alpine A110 will return

A special goodie for horse power lovers will be provided in a support race during VLN race 3; a legend will come to life again. The Alpine A110 will return. The „Alpine Elf Europa Cup“ 2018 – the series has been allocated the official mark “FIA international series“– is made up of six events with twelve races to take place on prestigious European race tracks in France, Germany, England, Belgium and Spain. The season was launched beginning of June at the Circuit Paul Ricard in Le Castellet.

The second race weekend of the series is now scheduled to take place at the Nürburgring Grand Prix Circuit during the 60th ADAC ACAS H&R Cup. The race cars will be completely new customer vehicles, based on the series-production Alpine which will be delivered to the first purchasers from August. “Germany has an amazing motorsport culture. The Nürburgring is a legendary circuit with a perfect organisation and an awesome atmosphere. I am convinced that the teams are as excited as we are to see the performance of the A110 Cup vehicles there”, says Regis Fricotte, Renault sales and motorsport manager. During the VLN weekend, the Alpine Elf Europa Cup will have two free practice session of 30 minutes each (08h30 and 12h00) on the Friday and the first timed practice (14h00 to 14h30) as well as race 1 (18h30 to 19h00). The starting grid for the second race on the Saturday (17h00 to 17h30) will be based on the results in the practice between 10h30 and 11h00.