Fit for a high-speed start into springtime 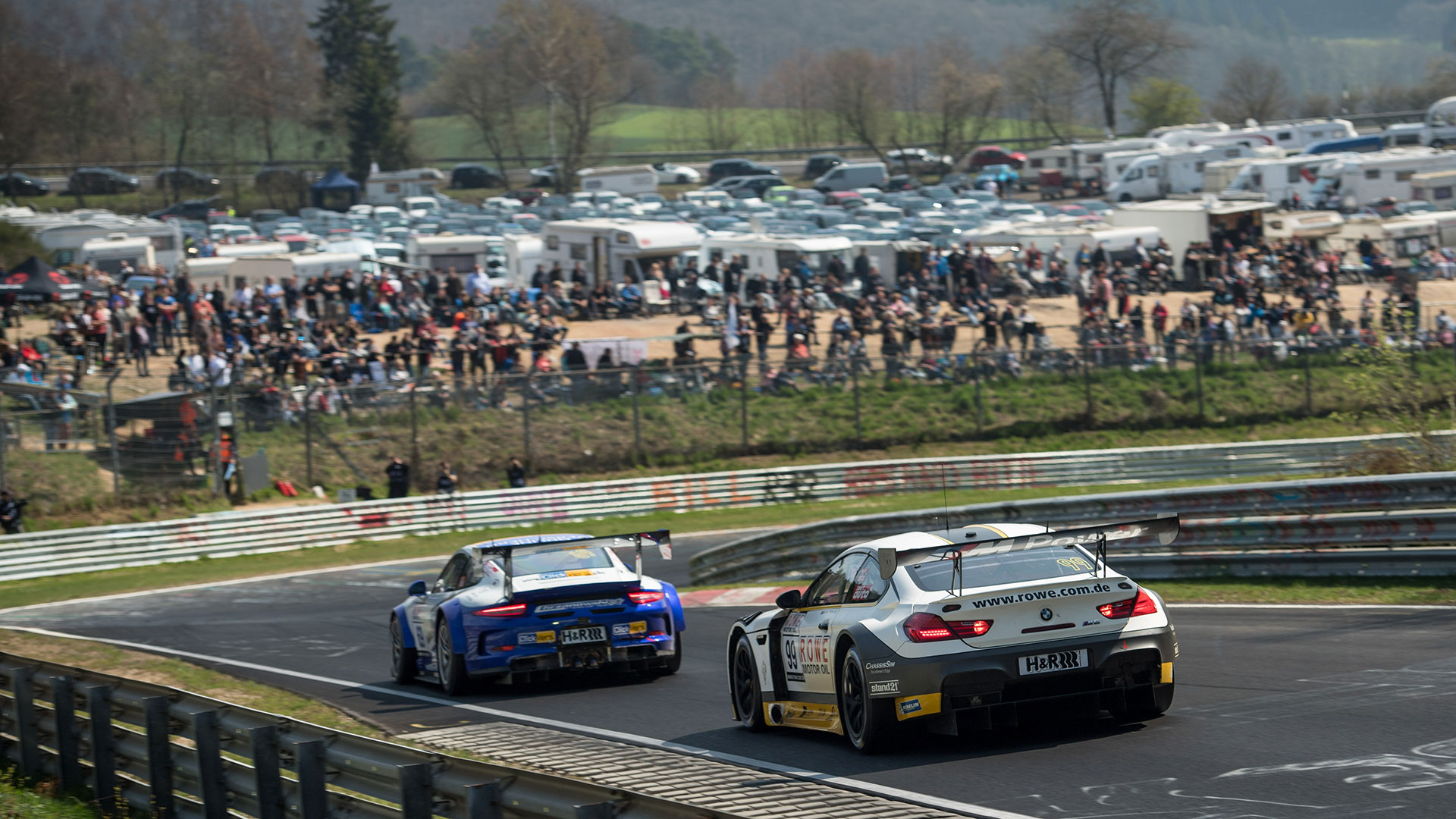 The Nürburgring endurance championship has terminated its winter break. From the 24th of March, the race cars will turn their laps again at the legendary Nordschleife. It is hereby a tradition that the ADAC Westfalenfahrt will be the season opener next weekend. In taking a glance at the entry list for the 64th edition of this race, it becomes apparent that the fans can once more expect exciting motorsport action. The driver line-up at this first VLN race is the very best. At the kick-off of this most popular grassroots series in Europe, glory and glamour will be there right away. Yet, the smaller classes are also fit for a high-speed start into springtime.

With Markus Winkelhock, André Lotterer, Gabriele Tarquini and Nicola Larini, not less than four former Formula One drivers are entered for the opening round. And the DTM, too, will in a manner of speaking present its business card. The Audi drivers Nico Müller and Mike Rockenfeller, supported by Winkelhock, will be competing for the Team BWT in class SP9 with an R8 LMS and the driver trio is a crew with good prospects for a successful fight about the overall win. DTM newcomer Robin Frijns will also take a seat in the most powerful class in an R8 LMS and compete together with Dries Vanthoor for the Team WRT. A Mercedes AMG-GT3 has been entered by the Team HTP amongst others for DTM ace Edoardo Mortara. Whilst Lotterer, in turns with Mike David Ortmann, will take place behind the steering wheel of a Porsche Cayman in class V5, the two experienced Italian drivers have been entered with a Hyundai i30 N TCR in the booming TCR class.

In addition to VLN Champion Michael Schrey, who scored the greatest number of points last year in the Cup5 in a BMW M235i Racing Cup, some other title holders of the various classes will be on the chase again for glory and honour: Frank Stippler in class SP9 with an Audi R8 LMS, ’Dieter Schmidtmann‘ and Heiko Hammel in class SPX with a Renault R.S 01, Mike Jäger, Christian Kohlhaas and Stephan Köhler with a Ferrari 458 in class SP8, Norbert Fischer, Christian Konnerth and Daniel Zils with a Porsche Cayman in V5, Marcel Manheller with a BMW in V4, Moritz Kranz with a Porsche Cayman GT4 in class Cup3, Kevin Wolters with a Renault Mégane KRS in VT2 as well as Olaf Beckmann and Peter Hass in H2 with an Opel Manta.

Exciting battles can also be expected when looking into the start lists of the various classes. Like last year, about 170 participants will take up the challenge and be on the starting grid at the opening round. The classes SP9 (24 cars), V4 (16), Cup5 (19) and H2 815) will be the ones figuring the greatest numbers of competitors. The vehicle class up to 2,000 cc will provide the widest range of car models in the coming season. From Renault Clio, Opel Manta, Opel Calibra, Opel Kadett, Opel Astra, VW Golf, VW Jetta up to the BMW 3 series, everything is represented. Apart from the H2, the TCR class, too, figures amongst the rising classes.