Joint interview part 3 – Claudius Karch and Ivan Jacoma: “It was a fantastic year for us” 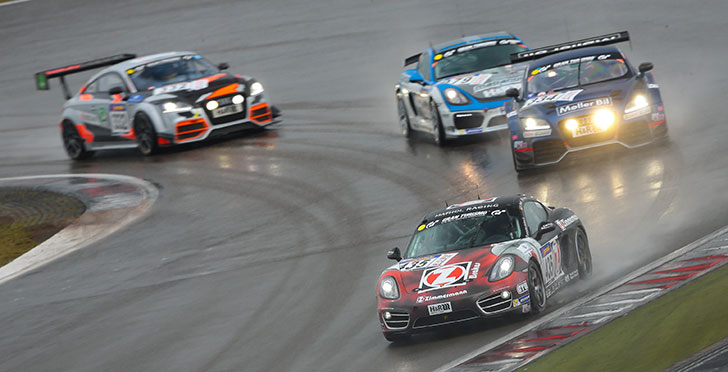 What about next year? There seems to be no reason to go separate ways.
Ivan Jacoma: “It would be perfect to continue competing together for another year. I will, however, have some scheduling conflicts. According to my current planning, I will not be able to participate in two races due to business obligations. I am still trying to resolve the problem but I am not sure whether I will succeed. On a more general basis, we are also considering changing class. The V6, and you have been able to see that clearly in 2016, is not the class in which you can fight for the title. Due to my scheduling conflicts, this will anyhow be difficult for next year but in the following year, I would really like to go for a full attack in the championship.”
Claudius Karch: ”We will wait a little more time. It is finally also always a question of budget. The sponsors have already confirmed their further support for another year in class V6. The GT4 class or the Cayman Trophy, though, is also very interesting for us. I think we could succeed in both classes. In 2016 already, we had close fights with the Trophy cars one or another time. But we don’t have any concrete plans yet.”

It is however relatively likely that you will be driving a Porsche again. Or could it also be another manufacturer?
Claudius Karch: “Let me say it this way, should Mercedes-AMG, Audi or BMW ask me whether I would like to race in a GT3, I would definitely not say No (smiling). I would also compete in a Toyota GT86 at the Nordschleife, they say that it is great fun to drive this car. Generally speaking, I am impartial in this matter. But the Cayman is indeed fantastic, it is great fun and fits well into our budget.”
Ivan Jacoma: “For me, things are slightly different. I am the managing director of two Porsche centres in Ticino/Switzerland, I grew up with Porsche and all my family members are Porsche fans. I can actually not imagine to change the make.”