Joint interview part 2 – Claudius Karch and Ivan Jacoma: “It was a fantastic year for us” 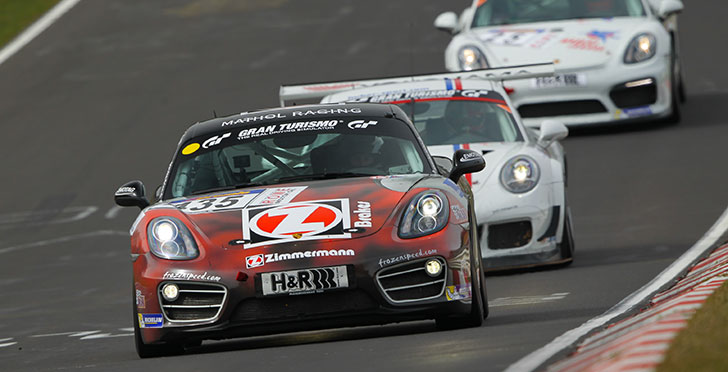 What has made you so strong this season? What was your formula for success?
Claudius Karch: “First of all, the car is always perfectly prepared by our team. We have everything under control, especially technically. We have optimized everything in the car and we are close to the limit of performance. The team is doing a fantastic job, we did not have the slightest problem at any of our pit stops. Ivan and I understand each other without words, also as regards the drivers’ change. We have an extremely short stopping time due to the smaller tank but we have always managed to be faster with the driver’s change than with refuelling. Moreover, we have the same speed out on the track.”

Ivan Jacoma: “Well, you are however a little faster. Especially when driving at the limit.”
Claudius Karch: “But that is really insignificant. You should not forget that I know the car for a longer time, you had to get used to it first. Basically, there is no more any difference now between the two of us.”

You are competing in one team since 2015, you were rivals before. How did you come together?
Ivan Jacoma: “In 2014, I had a very strong team with Black Falcon, together with Manuel Metzger and Christian Schmidt. I didn’t have this opportunity then in 2015. The only alternative which I had was class SP7 if I wanted to compete again with strong team mates but I didn’t have a sufficient budget for that project. So I was looking around. I knew that Claudius is extremely fast and that he formed a strong duo with Kai Riemer at that time. When Kai had left the team, I applied to take up his position and I was accepted.”
Claudius Karch: “End of 2014, our team principle Matthias Holle informed me that I would have a new team mate. And that was Ivan. We got along extremely well with each other right from the very first day and we have meanwhile become something like good friends. I know his family and friends, he knows mine and it happens quite often that we have dinner all together on the race weekends. This goes beyond a normal working relationship at the track.”

This interview is published in three parts. The third part will be published on this website on Wednesday (14.12.).