The winners of the Junior Challenge are certain 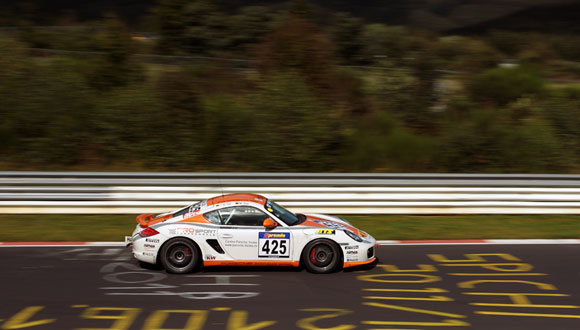 The current year 2012 provides something very special for rookies in racing. For the first time, the VLN Junior Challenge was organised under the slogan ‘Speed Date 2012’. The target of the competition for young race drivers under the management of PROsport Performance and the VLN is to promote the participation in races for young male and female drivers.

For this purpose, the team which is based at Herschbroich nearby the Nürburgring supplies two Seat Leon Supercopa race cars, including service and coaching, for this most popular national race series in Germany. From amongst more than 200 applicants, the PROsport team, race driver Mike Jäger and VLN management members selected two dozens of participants for the workshop to take place at the Hockenheimring.

Outstanding in the fight for the much desired places in the race cars were Sabine Christian, Ann-Kathrin Albrecht and Isa Klein for the girls’ team. The boys’ team was prevailed by Tim Neuser, Marius Krämer, Rainer Gelhaus, Alexander Kudrass and Andreas Patzelt, the latter as reserve driver. During the season, Nicole Frentzen, Carolin Jöns, Corinna Steinhauer and Leonie Stiem, too, started for the girls’ team.

The coach for the juniors was Chris Esser, PROsport Performance GmbH team director. The organisation was ensured by Peter Gödderz of the same racing team. ROWE and Pirelli supported the project as sponsors. Three of the male talents developed their performance during the first eight races of the current season in such an excellent way that they are already certain to be the winners of the Junior Challenge right now: Neuser, Kudrass and Patzelt. As a reward for this outstanding performance they will compete in the finale of the season in a Porsche Cayman provided by PROsport Performance. They will so at the end of the season have the possibility to gain first experience with a high-performance race car.

The ninth round of the endurance racing championship will take place on 29th September. The ROWE 250-Miles-Race organised by the AC Monheim will run over a distance of four hours and start at 12 o’clock.