Only if you give in you are defeated! 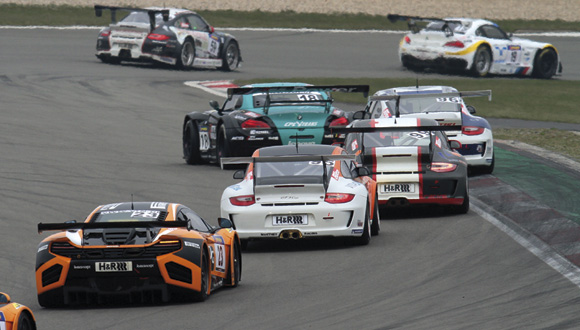 The kick-off for the VLN endurance racing championship season generated lucky winners, first of all the Schubert Team which celebrated the first victory for the BMW Z4 GT3 at a race of the fantastic series at the Nordschleife. Many top teams in contrast had to retire during the exciting race, to start with the team of Falken Motorsport which had to stop quite early due to technical failure after having taken such a promising start from pole position, to continue with Manthey and Phoenix Racing, the Vita4One Team around former DTM star Michael Bartels and up to Dörr-Motorsport with the two spectacular McLaren – they all finally had to realize that from time to time you have to suffer a severe setback.

The frustration to stay behind the expectations placed in oneself right at the first race of the year on the other hand wakes ambitions to make things better next time. “At the test and set-up session we had already realized that our car has a very good potential, which was confirmed during the few laps that we could complete this morning on the wet track”, said Kai Riemer who did only have the opportunity to drive the McLaren in the timed practice. “I think we are on the right way.” The slogan is ‘Now more than ever’. So the true fans of the VLN endurance racing championship may now look forward to a brilliant second round. None of the cars suffered a really serious damage at the opening round so that the drivers so far without success will certainly be at the start again on 14th April.

The McLaren group will then receive some support from the Gemballa Team which had experienced a very bad damage one day before the test and set-up session and which has now entered the 37th DMV 4 Hour Race. The timed practice will traditionally take place between 08:30 and 10:00hrs and the start signal will be given at 12 o’clock exactly. A one hour summary of the race will be broadcasted on the channel Sport1 on 18th April at 17:30hrs.