The 24h heroes are returning 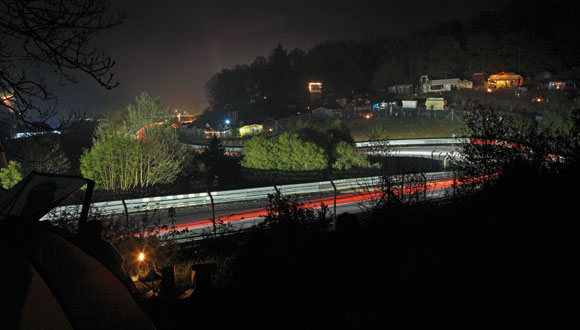 The second part of three in the VLN Langstreckenmeisterschaft Nürburgring will start with the 41st Adenauer ADAC Rundstrecken-Trophy to take place on 12th of June. This fourth round of the season will be the first event after the legendary 24h Race at the Nürburgring.

Numerous VLN participants all of which had celebrated their very personal success at the marathon race on the Eifel circuit will return to the fold with a swell of pride in their chest. Others had to experience the toughness of motorsports and failed at the highlight of the season on the Nürburgring Nordschleife. Independent of the individual results, the endurance racing specialists will now again be amongst themselves. The slogan is ‘back to normal’ which does however not mean that the races will be less exciting. The fight about the Championship in this most popular endurance racing series in Europe will come to the fore again after the 24h Race and the fights for the race wins will become increasingly important. Now as the works teams which had used the previous endurance racing championship rounds as preparation for the 24h Race are missing, in addition to the well-known top stars of the series a lot of ambitious private crews will see their chances and wish to go for a place on the podium. The coming compact events will cover the distances of four and six hours and tactics will become more important: The quality of a sprint racer will be very important despite the long-distance races.

The VLN family should already now note one important date: The big VLN summer party 2010 will take place on 17th of July at the sixth championship round. As part of the Nürburgring Performance Days, the big party will start in the Eifel village ‘Green Hell’ after the 33rd RCM DMV Grenzlandrennen High quality show acts such as Rage star and regular VLN participant Victor Smolski will enjoy the guests with their music. All spectators, participants, marshals and officials of the VLN Langstreckenmeisterschaft Nürburgring are cordially invited. There will of course also be plenty to eat and drink.