Third round overshadowed by tragic accident 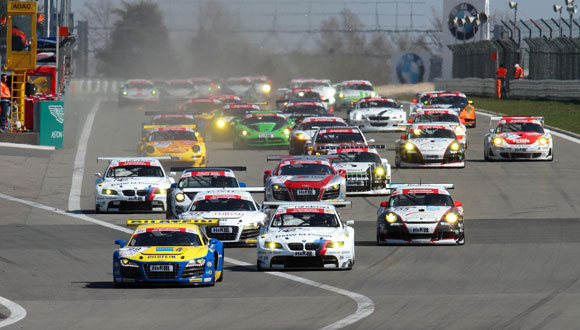 During the third round of the VLN Langstreckenmeisterschaft Nürburgring, a tragic accident occurred in which 43-year old Leo Löwenstein from Laudenbach (Germany) lost his life.

The accident happened on lap 22 of the 52nd ADAC ACAS H&R Cup, scheduled to last four hours, at the Bergwerk section of the Nürburgring Nordschleife. With his Aston Martin, Löwenstein drove into a gap between the cars with starting number 137 and starting number 511. In the process, the car got airborne following a collision and barrel-rolled. Upon the impact into the Armco barrier, the rear of the Aston Martin was significantly damaged and the car caught fire. Safety measures were started immediately. Löwenstein, who was unable to release himself from the car, succumbed to a smoke intoxication.

The race was stopped with the red flag and wasn’t re-started. In these circumstances, the race result became an insignificant fact.